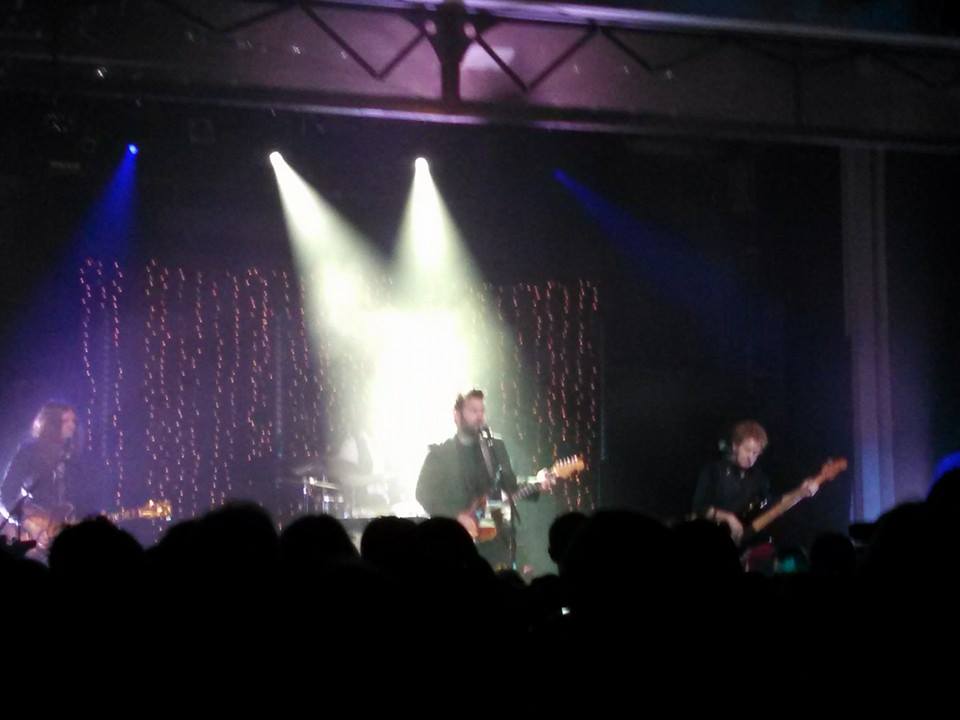 All I knew about Bob Schneider before Friday night was that he was a song writer from Austin whose name sometimes shows up on my Dad’s Sirius Radio and that my friends like him a lot. I was expecting country – and I got a little country, but I also got salsa and rock and dance music and more. I was very impressed. Having a full band helped – and a band that danced as well as they played made it even better. By the end of the night I think we were all dancing like wild people. It was a fun, hot and sweaty night.

Schneider has been described as “adult alternative” and the audience was pretty adult and there were a lot of serious fans in the crowd, which made the dancing all the more fun. My friend, the big fan, let me know that while Schneider was playing his favorites (such as Big Blue Sea) but in an entirely new way. Showing great creativity and love of music and a challenge from performer.

Schneider told the story of his brief performance at the Basilica Block Party years ago. Apparently he was uninvited to play due for bad language. Oops. He played a song about the incident. It’s fun to hear the story behind the song; it was fun to hear the stories in the songs too. He has a great turn of phrase and eye for detail.

Dawn & Hawkes opened the show. They are also from Austin and played a great song called When are You Coming to Austin, which apparently was a song written on a whim on someone’s voicemail. Again my fan-friends, who have lived in Austin were able to clue me into the significance of the places they listed in their song. It was like a shortlist for a future tourist to Texas. I might have to keep that list if I ever make it to Austin myself. (And first stop on my list is Monday night at Saxon Pub where apparently Schneider has an ongoing residency when he’s in town.)