Jenna plays with her dog, Angel. (Photo by Trang Do)

Cindy and Greg Johnson live on the second floor of a lovely, modest home in Woodbury. Their daughter Jenna lives in an apartment on the first floor. She is a bright-eyed, socially active 27-year-old who works at Target. She has cute pink Crocs and a little white dog named Angel. She also has cerebral palsy, and has relied on state aid to persons with disabilities to make it possible for her to maintain relative independence.

Cindy Johnson was no stranger to disability, as she grew up in a “Brady Bunch” family of ten children. One of them, her sister Kim, has lived with physical and mental disability all her life. She had encephalitis as a small child, which left her severely debilitated. Their parents didn’t know what to do-back then, the state, and society in general, didn’t know how to help people like Kim. So she grew up the way many children like her did at that time-in an institution, Brainerd State Hospital. Today, Kim’s life, says Cindy, is “as good as it can be.” She has many seizures every day, has a feeding tube, and is currently bedridden, but she lives in a small group home nearby and receives visits from family members on a regular basis. 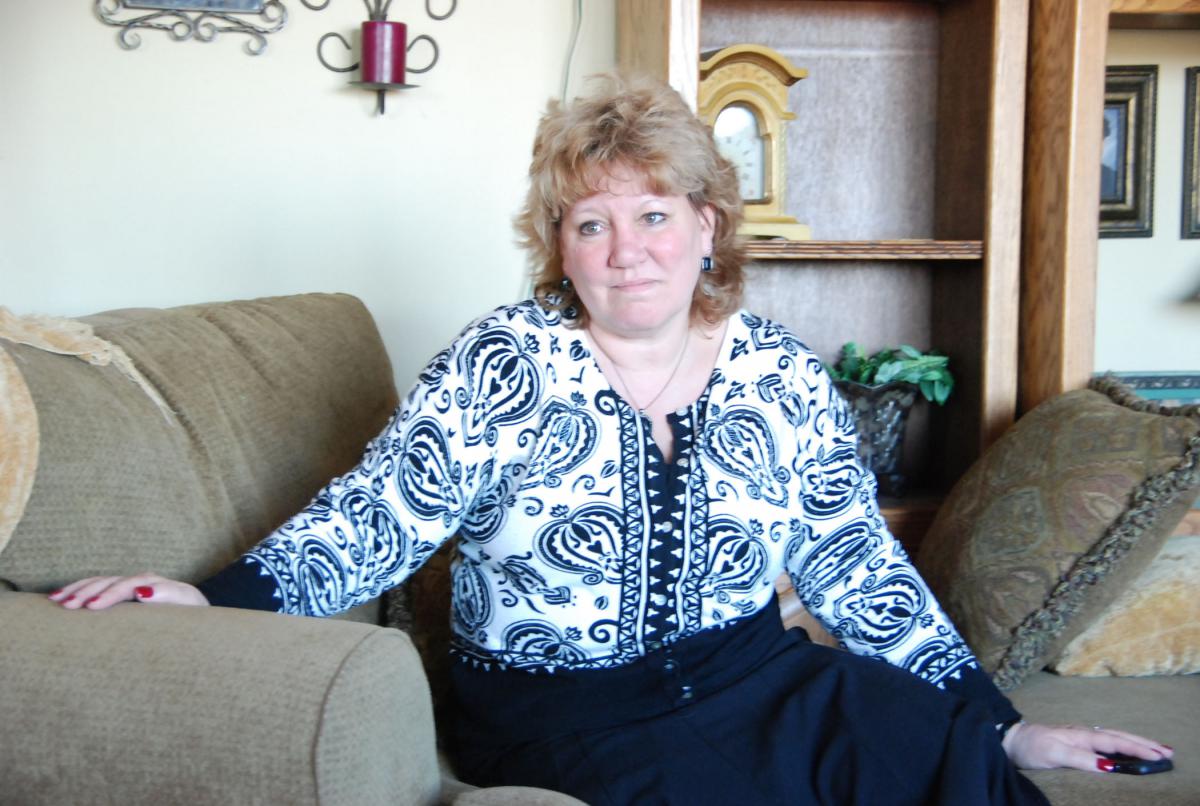 Caring for two family members with disabilities has taken its toll on Cindy Johnson’s life. At many times over the years, she has sacrificed her career in order to be a full-time caregiver. But she approaches all of this with a fierce determination to give her loved ones the best life she possibly can.

It hasn’t been easy. Caring for loved ones with disabilities requires both time and resources-both of which, says Cindy, are limited. This is why the state provides funding for persons with disabilities-for health care, personal care assistance, and cost-of-living support.

Cindy has had a lot of experience with a variety of HMOs over the years, trying to get her sister and daughter the care they need. Jenna went through one HMO after another until the Johnsons found out they could get Jenna onto her father’s health plan because she lives under the same roof as her parents. He is a state employee, so Jenna is now on the state employees’ health plan. But before that, things were much harder. Jenna has been denied medical services her physician has deemed necessary-physical therapy, equipment, and even surgeries. She also requires a lot of medication, much of which is over the counter now-which the health plan will not cover. So the Johnsons must economize wherever they can just to get Jenna the minimum of what she needs.

Kim, on the other hand, hasn’t been so lucky. A part of her condition is an electrolyte imbalance which, in the past, has landed her in the hospital several times a month. She and Cindy discovered that giving her a daily dose of Pedialyte through her feeding tube balances her electrolytes. The trouble was, until February, Medicare would not cover Pedialyte because it’s an over-the-counter medication. This meant that all of Kim’s monthly living expenses-$80 a month, intended to cover things like sheets, towels, and toothbrushes-had to go toward Pedialyte, which cost more than $100 a month. In February, a new law was passed that said that any food or medicine administered through a feeding tube would be covered. But Cindy only found this out in mid-March, after the latest in a long series of appeals.

Over the years, Cindy has been through dozens of appeals processes, every time an HMO has denied her sister and daughter the care they need. “I’ve had to become attorney-like,” she jokes. Sometimes the appeals have been granted; other times not. The whole process has taken a toll on the family’s already stressed life.

Cindy says it’s intimidating to go up against “big guys in nice suits” every time her sister or daughter need care they’re not getting. The appeals process gets dragged out for months on end, and there is no certainty whether or not the funding will be approved when the ordeal is over. Repeating this experience dozens of times over the years has worn them all down. “You just have to work so hard to fight for it all,” says Jill, Kim’s residential supervisor.

After years of back-and-forth with HMOs, Cindy has become cynical-especially given the vast resources the state pays them to manage care for low-income individuals. She is concerned about the proposal that came out three months ago to move all individuals from fee-for-service into managed care-especially the clause that suggests “alternative housing” as a cost-saving method. Such a term carries echoes of Brainerd State Hospital. Cindy is proud of the good lives her daughter and sister have today, in spite of their difficulties, and says that none of them would be able to stand institutionalization. “It would happen over my dead body.”

Cindy believes that keeping people like Jenna and Kim out of institutions and giving them relatively normal lives has not just been good for them-it has been good for community as well. Despite her sacrifices, Cindy has gained personally from caring for others. “I see a purpose greater than myself…Most families are worldly and materialistic. The families of people with disabilities focus on the important things.”

Jenna, who is able to give back to the community, even from a wheelchair, serves as a reminder of what the term “differently abled” means. “They have a kind of joy other people don’t have,” says her mother. “When you get to know them you see that they’re just like us. You might see a wheelchair but they’re just like us. You shouldn’t pick on them and take their rights away.” Meaning: as legislators debate the easiest places to cut costs in the time of state budget downsizing, they should not automatically focus on the programs whose beneficiaries are least able to fight back, as they have done in recent years.

Jenna, Kim, and other disabled individuals already endured a five percent cut in services made in the last budget cycle, and are barely scraping by. Their tenuous stability could not survive another major cutback.

Cindy Johnson also has strong words for the HMOs after hearing about the $1.25 billion in profits they keep in their reserves. “How can people make profits off the backs of the most vulnerable people in the state?” she asks.

As Minnesotans, and as a society, we should be asking ourselves these same questions. If there’s a choice in where to make cuts, then it’s up to us to help our legislators make the right decisions, for the right reasons.

CORRECTION: Cindy and Greg Johnson live on the second floor of a lovely, modest home in Woodbury.