Liquor was the name of the game on Tuesday in the House Commerce and Consumer Protection Finance and Policy Committee. Eight bills were heard from allowing on-sale wine and malt-liquor licenses for professional junior hockey games in Richfield to reinstating sacramental wine sales by religious stores and expanding microdistillery sales. All bills were laid over for possible inclusion in an omnibus liquor bill.

One of the bills, HF2200/ SF2014, sponsored by Rep. Joe Hoppe (R-Chaska) and Senate President Sandy Pappas (DFL-St. Paul), would expand microdistillery sales to include mirroring existing taproom licenses by allowing for a microdistillery to operate a cocktail room if local governing bodies choose to issue the license.

“We’re asking that you update the law to be current with modern times,” said Shanelle Montana of the Minnesota Distillers Guild. She added that when people visit distilleries they don’t often want to drink straight vodka, but drink that vodka in cocktail form. “This is just creating parity with other industries in Minnesota and will allow us to be competitive and create a growing industry.”

Joel and Emily Vikre, owners of Vikre Distillery in Duluth, moved back to Duluth from East Coast to start their distillery because of the many natural resources Minnesota has to offer. 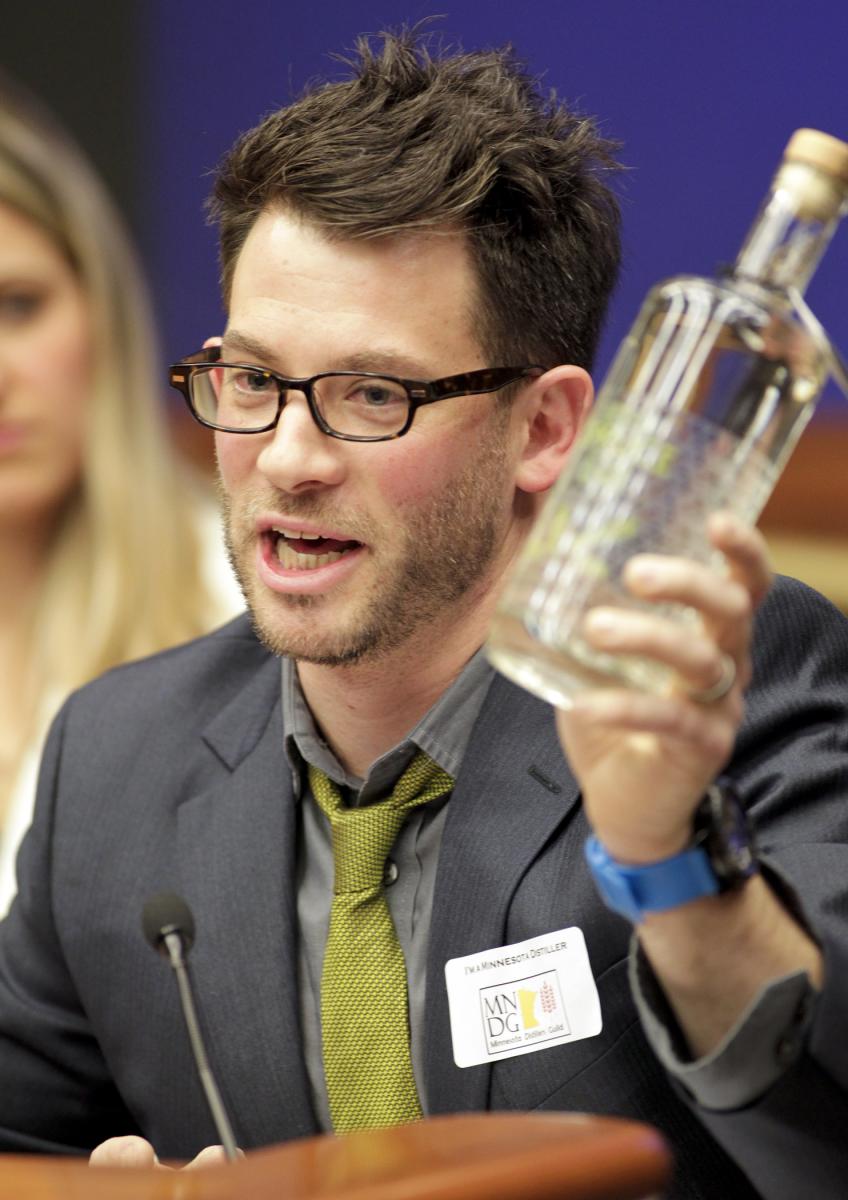 Left: Joel Vikre, CEO of Vikre Distilling in Duluth, holds a bottle of his Boreal Spruce Gin while testifying in favor of a bill that would expand microdistillery sales. (Photo by Paul Battaglia)

“Everything in our products is from Minnesota,” Joel Vikre said. “This bill would not just benefit us, it benefits retailers. When people go home (from visiting us), they’re going to look for our product at their local liquor store or start looking at other craft brands. We’ve seen this work with craft wine and beer and seen the impact of job growth in the other industries.”

He added that the Legislature has already reduced licensing fees and allowed microdistilleries to provide samples and that this bill is just the next step.