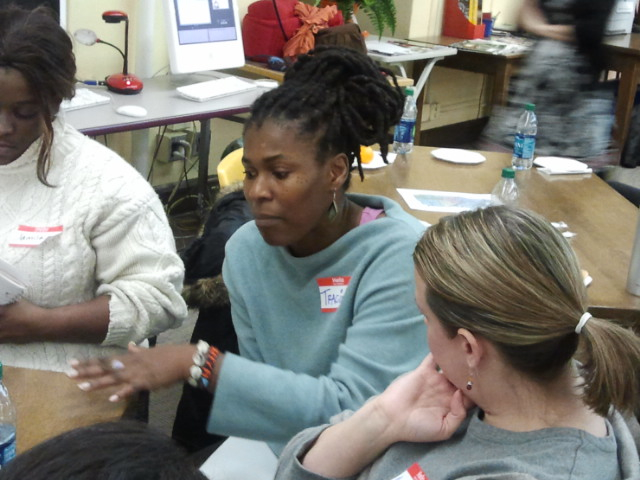 Board members Josh Reimnitz, Tracine Asberry, newly elected in November, and Carla Bates and Kim Ellison, who were re-elected, spoke to nearly 60 educators, parents and community organizers, who gathered November 28 at Edison High School, about their previous experiences with public education and what they hope to bring to the board. 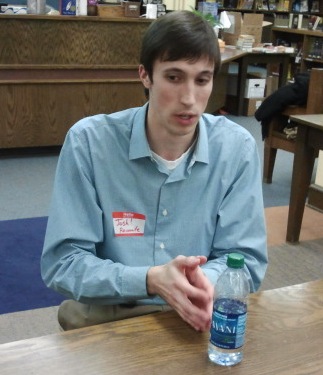 Reimnitz was elected to the board in newly-created District 4, which combines downtown and the Isles area. He is co-executive director for Students Today Leaders Forever (STLF). Reimnitz grew up in Bismark, N.D., and attended North Dakota State University in Fargo, studying communications. He then moved to Atlanta, where he taught science and reading to disadvantaged fourth-graders through the Teach for America program, sparking his interest in education reform, he said.

When he completed his teaching service, he moved to Minneapolis to rejoin the STLF, a non-profit organization he founded in 2003.

Reimnitz said he wants to narrow the widening achievement gap between students of color and whites.

“We obviously have some very urgent concerns,” said Reimnitz, speaking of what he will bring to the school board. That is, “how our students of color are going to achieve and how we can improve that [achievement] gap as quickly as possible.”

Asberry was elected to the board, unopposed, in southwest Minneapolis. She was born in Detroit — her father was illiterate and spent 30 years working as an assembly line operator at the first Henry Ford Motor Plant. Her mother was a state social worker.

Speaking of her goals as a board member, Asberry promised to work for access to higher education for all school communities.

“I’ll ensure all families are treated equitably and have opportunities to engage in decision making,” she said. “I’ll ensure all students are college and career ready after high school.”

Incumbents Bates, who was re-elected to the board for a second term in the citywide at-large seat, and Ellison on the North Side, also spoke at the forum. 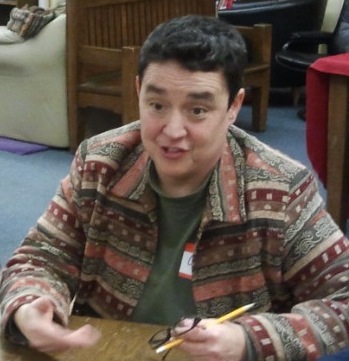 Bates said she was frustrated when she first joined the school board in 2008. The district was downsizing and losing many students, had five superintendents in eight years and was going through a demographic shift in population.

The district was in “chaos” because of all that was going on, Bates said. She said that she was able to work on those issues, including contracts, budgeting and evaluations. She said that she has also developed interest in focusing on special education.

“If we do not get the issues of the special education figured out,” Bates said, “we are not going to get the rest of the issues in our school districts figured out.” 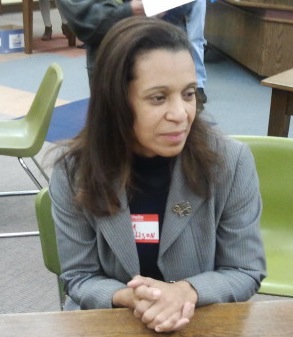 Ellison, who has been teaching in classrooms for more than a decade, said she worked with students who were the first in their family to attend high school.

“They struggled at first,” Ellison said of the students. “We kept them in the school. They were able to pass in higher percentages.”

It was because of her consistency and leadership that her students succeeded, she said. And she hopes to bring that perspective to the school board.

Ellison has been serving as a board member since earlier last year, when Minneapolis Board of Education selected her to replace Lydia Lee, who stepped down in Jan. 2011.

For those in attendance, the event was a chance to voice their concerns on the issues they see in public school education and ask the officials to make those issues a priority.

Second-grade teacher Julie Tennessen of Windom Dual Immersion School said she wanted to discover if the board members intended to work for the best interests of the teacher.

“There has been a feeling of distrust between the district and the teachers,” Tennessen said. “We feel that we stand very distant from each other. So I wanted to hear what they’re saying to the public and see what it is that we’re going to do to work together.”

The issue between the teachers and the district, Tennessen said, was triggered by the new teacher evaluation law, which bases 35 percent of a teacher’s evaluation on test marks or students’ success in the classroom. The law is set to go into effect in the 2014-15 school year. Some teachers, like Tennessen, don’t think the system is fair.

“I’m so impressed with the event tonight,” Reimnitz said after the program. “To see the number of people coming out, the breadth of the concerns and the depth of knowledge around those concerns and passion behind them is really reassuring to me — to see such a community that really cares.”

The questions and concerns the participants asked were all challenging in their own ways, Reimnitz said, but he’s excited to work on them.

The event was made possible by AchieveMpls’ “Our City, Our Schools” community forum.

“We really feel there are a lot of times when people are invited to come listen to people talk at them,” said Rebecca Noecker, Manager of Business and Nonprofit Partners at AchieveMpls. “We wanted to create a space where people could talk to each other and meet the people they normally only see on TV.”