Metro Transit is working on a solution to solve a problem it’s found with transportation on the Midtown Corridor (the area between the Light Rail Stations at Midtown (Blue Line) and the West Lake (Green Line)).

So what exactly is the problem? According to Metro Transit, there isn’t a reliable transit option that operates in the corridor and connects passengers to the two north-south light rail lines. However, a lot of people that live in the area rely on transit to get to where they need to go – both in and outside of the corridor. The bus route on Lake Street has the second-highest number of passengers in the State, and the Lake Street/Midtown station has 4,000 passengers per day, as reported by the journal Finance and Commerce.

Right now, Metro Transit is in the very beginning stages of determining the best solution, and it is asking for input from community members. 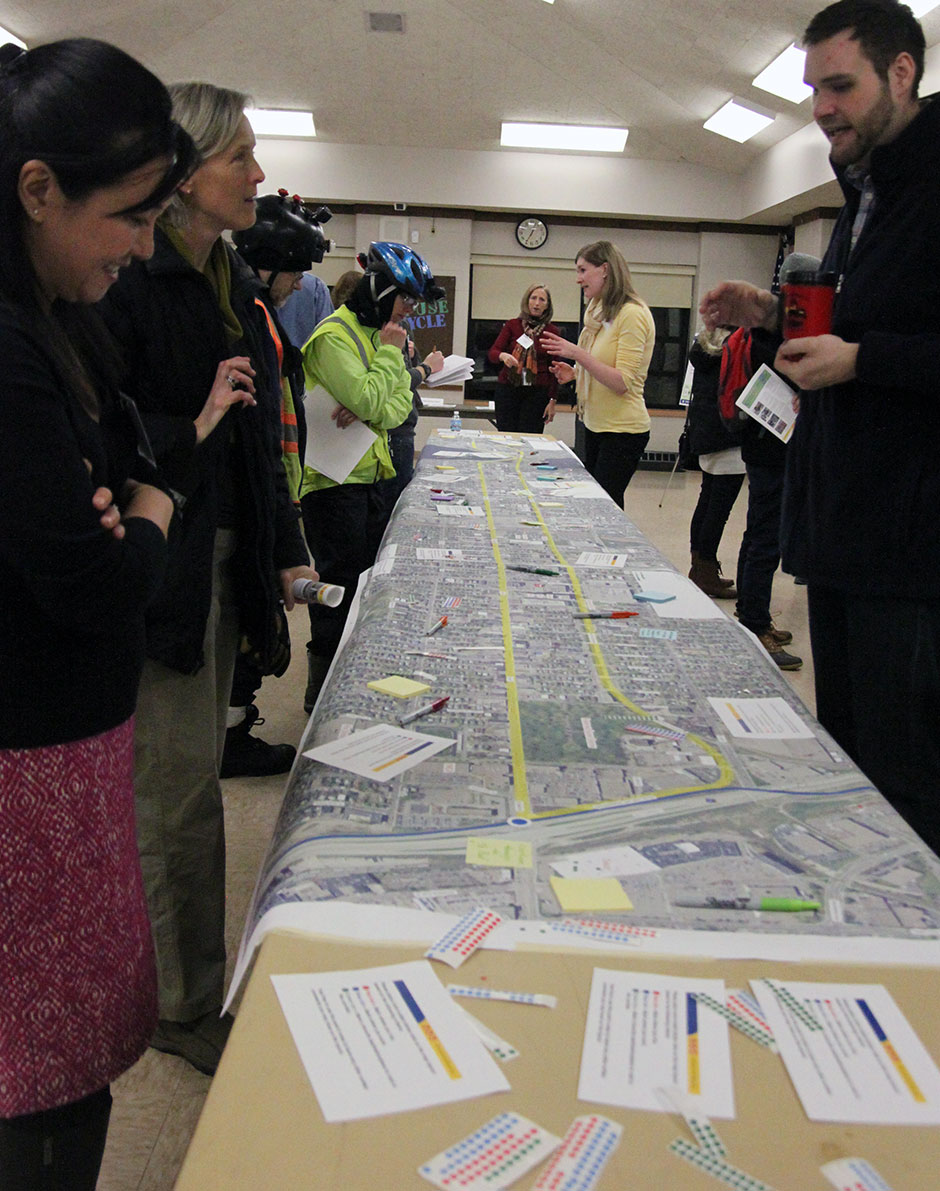 Community members gathered at Whittier Park Rec Center on January 29th to learn more about the Metro Transit corridor study. Metro was interested in learning how people use the corridor currently and what they’d like to see in the future.

While Metro is taking all input and suggestions from the community, here are the primary options under consideration:

First, Metro Transit needs to determine whether the new transit mode should operate on Lake Street or on the Midtown Greenway. 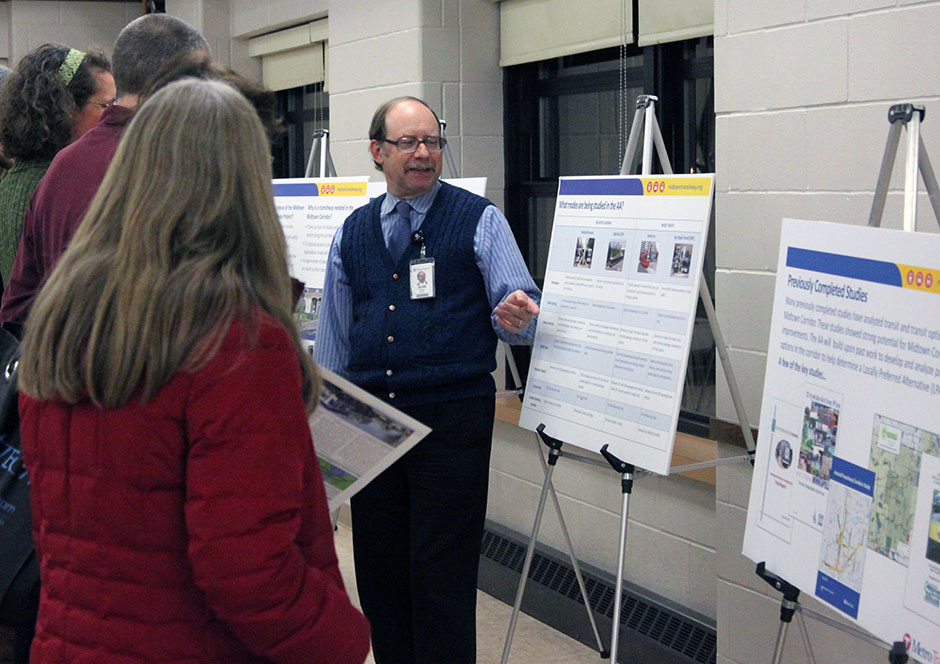 Attendees hear it straight from the source. A Metro Transit route planner answers questions and talks about the pros and cons of each method of transportation considered in the study.

Metro expects that its transportation research will continue for the rest of the year and is planning on having a final report ready next February.

Between now and then, the department will be forecasting ridership, estimating implementation and operating costs, and working to understand environment and community issues. They plan to hold more public meetings throughout the research process – look for events in April, August, and December.

For more background on the decision to conduct the study, check out an article in Finance & Commerce.