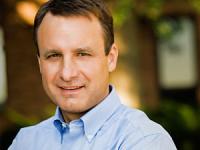 At this time of year we often pause to focus on the problems of hunger and poverty. Years ago, the so-called “Green Revolution” increased agriculture production around the world, saving many lives.

University of Minnesota – educated scientist Norman Borlaug received quite a bit of the credit for advances that improved global production of important crops. But now a new study involving work by researchers at the University of Minnesota, says while the Green Revolution is continuing in many places, it has stagnated for key food crops in some of the most densely populated parts of the world.

Jonathan Foley is executive director of the Institute on the Environment at the University of Minnesota. He’s a co-author of the study and a professor in the College of Biological Sciences He talked with KFAI’s Siobhan Kierans and Dale Connelly on The Morning Blend. [Audio below]