The party likely will endorse a candidate on Saturday, March 31. The race has no incumbent because current Representative Bobby Joe Champion is seeking the Senate District 59 seat. That race also has no incumbent as Senator Linda Higgins announced she would not to run again for the Senate. She has entered the race for District 2 Hennepin County Commissioner.

Until recent redistricting, the district was known as 58B, but has been changed to 59B. It includes the southern part of North Minneapolis, Bryn Mawr, North Loop and downtown Minneapolis.

The seven introduced themselves to residents at a March 24 candidate forum at North High School. They responded to constituents’ questions (read to them by moderator Brett Buckner) on topics that included jobs and the economy, state budget priorities, transportation, the Vikings stadium, and housing foreclosures. 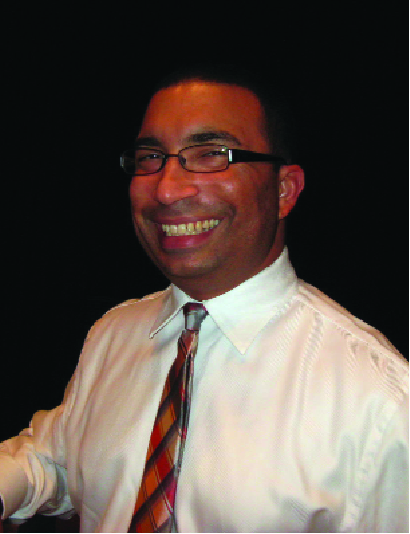 Ian Alexander is a family law attorney who has served on the Folwell Neighborhood Association Board and the Minneapolis Department of Civil Rights. He said that last year’s tornado (which ripped a devastating, diagonal swath through North Minneapolis) completely destroyed his house. He recently bought another house near North High School.

Alexander, a New York native, said he was attracted to Minnesota by the amount of investment he saw here in education, human services, and public safety, which he describes as his three priorities. Now, however, he said “we have borrowed against the education of our children to pay for those things.”

He is a proponent of trolleys, saying “there will be ample trolley funding [from the federal government] in the future.” He would oppose a light rail line on Penn Avenue, but said he thinks a trolley system would be economically feasible. 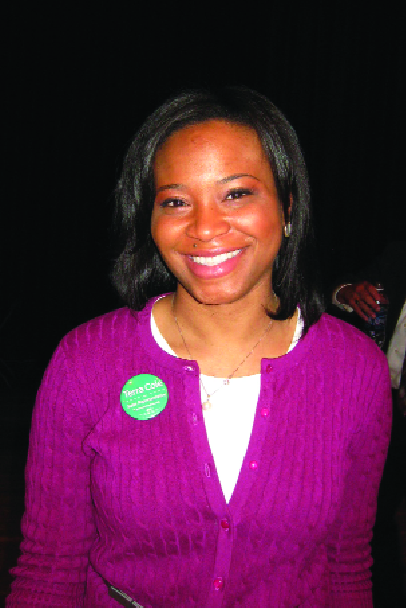 Terra Cole co-chaired the Empowerment Zone Governance Board, served on the City of Minneapolis Redistricting Committee and worked as an evaluator and project manager for the Greater Metropolitan Housing Corporation.

She said she will offer partnership and engagement to the community. “We need to make sure that the information the community receives not only is holistic, but accurate.”

Cole said that state legislators must address early childhood education, secondary education and adult learner education. People lacking proper education are unable to maintain good-paying jobs. Without a reasonable income, she added, they are not able to purchase property or contribute to society.

She said that District 59B has “isolated transportation pockets, where service is not what it should be, or even what it used to be.” Cole said that Metro Transit officials need to study where people need transportation. She said she would be in favor of a new light rail transit line running down Penn Avenue N. to Highway 55. 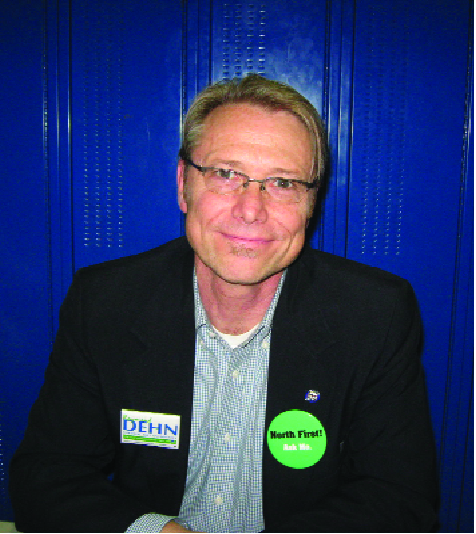 Raymond Dehn is an architect who lives in the Willard-Hay neighborhood. He volunteers on the city’s Capital Long-Range Improvement Committee and serves on the Policy Advisory Committee for the Hennepin County Bottineau Transit Way. He has been a Northside Residents Redevelopment Council (NRRC) board member for 12 years, and said he is “working to make it a viable organization again.”

Dehn urged North Minneapolis residents to help their community by spending their money here. In response to a question about state budget priorities, he said, “I don’t like this question; it’s phrased as an economic issue but I think it’s about priorities. We have to address jobs, education, health care, and the criminal justice system. We need to change the tax system. I’ve seen people who work very hard and get very little. At the state legislature, they give $220 million worth of our taxes back to corporations.” 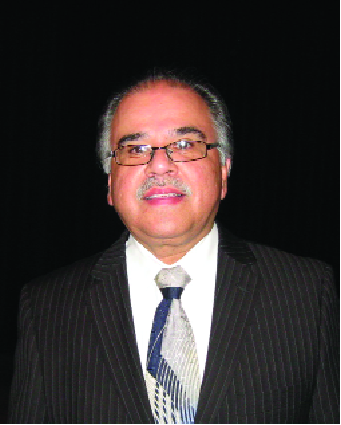 Willie Dominguez, who works for PICA/Head Start, is running for a second (non-consecutive) term as a state representative; he was District 58B representative from 2006 to 2008. He said that he has the experience to “hit the floor running. This is not the time for job training, apprenticeship or building your resume.”

On the issue of jobs and economic development, Dominguez said, “For the last 30 years, we’ve been talking about jobs, job creation, and economic development. We have jobs, but 40 percent of them are in the second and third tier, in the suburbs. We can’t get to them, and we don’t have [transportation] strategies in place.” He added, “We need green jobs, [in industries such as] solar power, bio mass, and alternative energy.”

Dominguez said, “We need bills that have the 1 percent of the wealthiest in this state pay their taxes.” 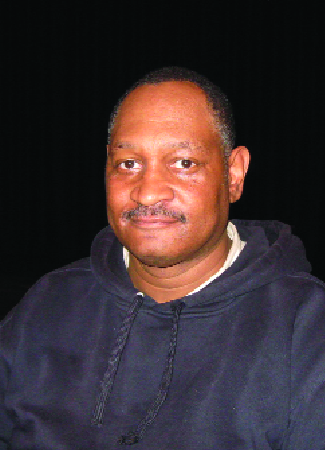 Michael Jones served as an intern for Rep. Richard Jefferson in the 1990s. To the question about jobs and economic development, he responded, “I believe we need to say more than, ‘I will bring manufacturing jobs to North Minneapolis.’ We have an extremely high number of unemployed African American young men. Many have not graduated from high school or have been incarcerated. They have been locked out of getting jobs by Minnesota state law.” Jones advocates “a process for redemption.”

When asked what state budget priorities he would propose, he said, “We have to raise taxes to carry Minnesota forward. The Republicans have attacked that, and the human services budget has been hurt by it. We cannot expect to be a first rate state if we do not spend appropriately, for instance on health care. Minnesota also needs to invest in its infrastructure. We have been neglecting it.”

He said he would not be in favor of tearing up Penn Avenue “to facilitate mass transit and destroy some of those beautiful homes.” 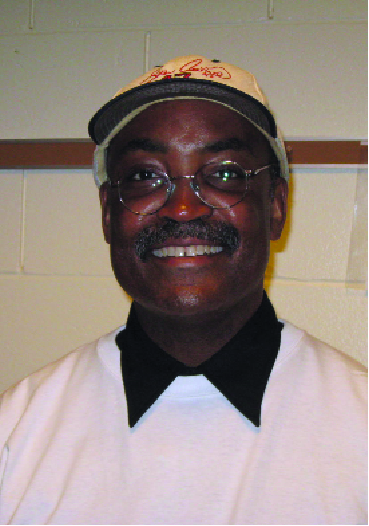 Ken Lawrence is an Elliot Park neighborhood resident and graduate student who is transferring from Benedictine University to the University of Minnesota’s School of Public Health. He served on the District 5 Planning Council and was an Equal Time and Central Presbyterian Church board member.

He said that while many people talk about education being key to getting jobs, it is not the sole issue. “Jobs are going to people who are not of color.” He advocates increasing hiring quotas in the public sector.

Lawrence said he supports a universal health care system, a more effective criminal justice system (“Some kids know more about their parole officers than they know about their classrooms,” he said), and a stronger emphasis on education. 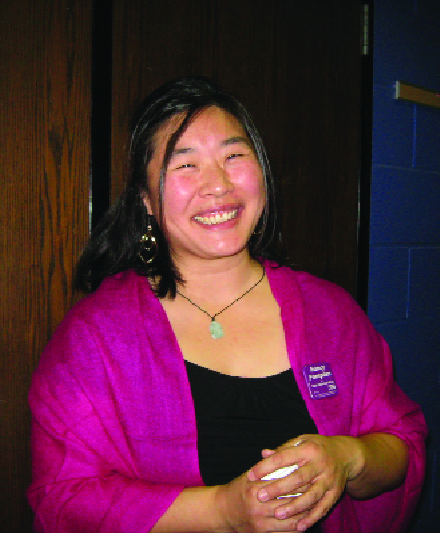 Nancy Pomplun said she has worked for 15 years as a community organizer and advocate, working with communities on poverty, HIV and health disparities. She said that she is running because the community needs a strong leader. “The policies being put forward right now [by Republicans] are seeking to divide our community. We need to learn to work together.” She advocates “equity, unity, and a voice for all.”

Pomplun said that high unemployment is “an indicator of a broken system. We need people ready for work when they graduate. We need to create incentives to help families find stability.” She also cited the “deficit of morals taking precedence at the capitol. I would fight [proposed] cuts to health care and education.”

Pomplun said that public transportation fares need to be stabilized; “especially at rush hour, they are not affordable anymore.” She concurred with Cole, saying that the current transportation system “needs to better meet the needs of the community. You usually can’t find a seat, or sometimes the buses pass you up.” If the proposed Bottineau transit line goes through, she added, it should be used to enhance [North Side] hiring goals, ensure route connections, and “not continue to isolate us.”

To a question about the proposed Vikings stadium, most candidates said they were in favor of it, but many had reservations about its funding. Dehn said, “What about the future operations costs? Right now, the discussion is for the Vikings to pay very little of it, and the taxpayers would bear the cost.” Alexander said, “If we are going to build it, we need a number of minority contract workers who live in Minnesota.” Dominguez said he would oppose any stadium that relies on public subsidies or if local government doesn’t support it.

All seven candidates said they oppose the Republicans’ recent strategy of “legislating through amendments.”

Dehn, Dominguez, Jones and Anderson said that if they did not win DFL endorsement they would suspend their campaigns and not run against the endorsed candidate. Cole, Pomplun, and Lawrence said that they would continue to run without endorsement.