After a lengthy planning process, the new playgrounds slated for the North Plateau and Wabun areas at Minnehaha Park have received approval by the Park Board, which is one of the last steps before construction will begin this summer.

Park planners focused on developing playgrounds that represented the unique histories of both locations. Read more about the area’s history and the plans for the two playgrounds in a previous article. 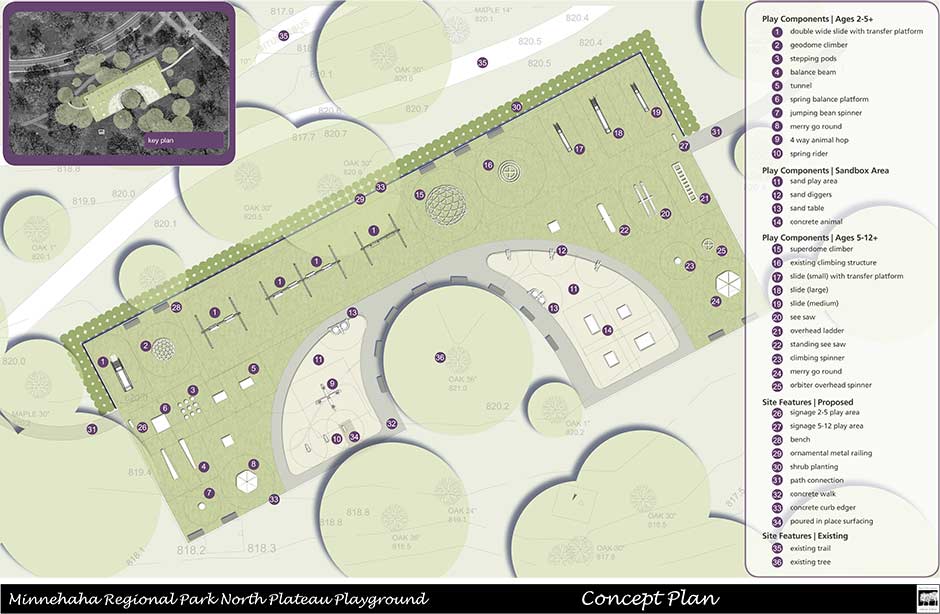 At the North Plateau site, all of the existing play structures from the WPA era will remain. Andrea Webber, project manager at the Minneapolis Park and Recreation Board, said that the new playground features will be classic stand-alone structures, such as slides, see saws, spring rockers, and a merry-go-round. To blend the new with the old, the new equipment won’t have the bright colors typically seen at a modern playground. The North Plateau area was the location of the Longfellow Gardens (the Zoo), and the play area will have a few concrete animal climbers as well as signage telling the story about the site’s history. 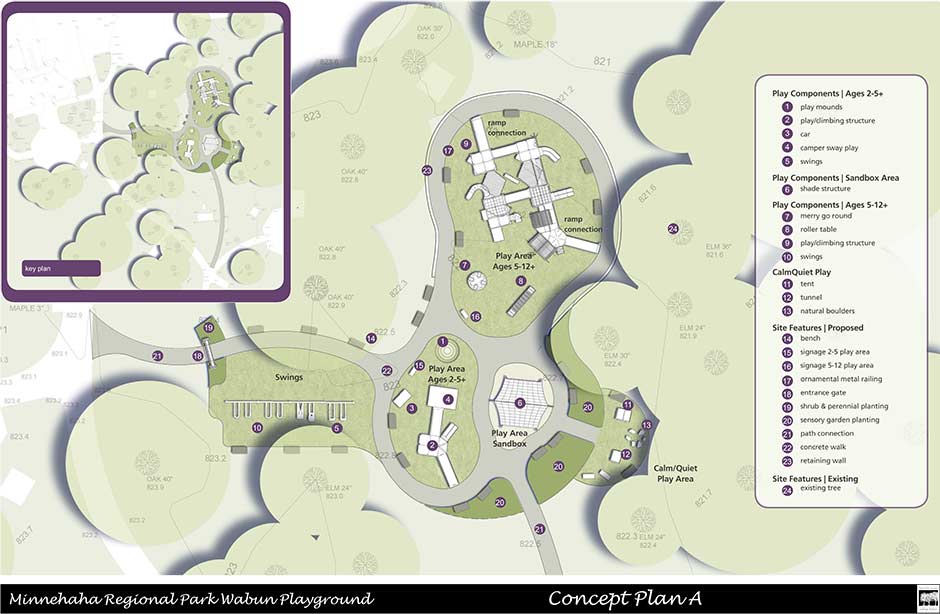 The new Wabun playground is a universal access playground, which means that all children and caregivers, including those with disabilities will be able to take part in the fun. The best part is that it is designed to be almost completely accessible by ramps, so kids with physical impairments will be able to play in the play structure. Webber said that the playground will also include talking features for people with vision impairments, QR codes to help people orient to the playground, and a quiet space for people with sensory disorders to take a break from the excitement of the main playground area. It will be designed with a nod to its auto tourism history with tents, a teardrop camper, and play car.

Since the park is a historic district, the projects must receive a Certificate of Appropriateness by the Historic Preservation Committee. The certificate states that the playground will not impair its historic designation.

Playground construction is planned to begin this summer.