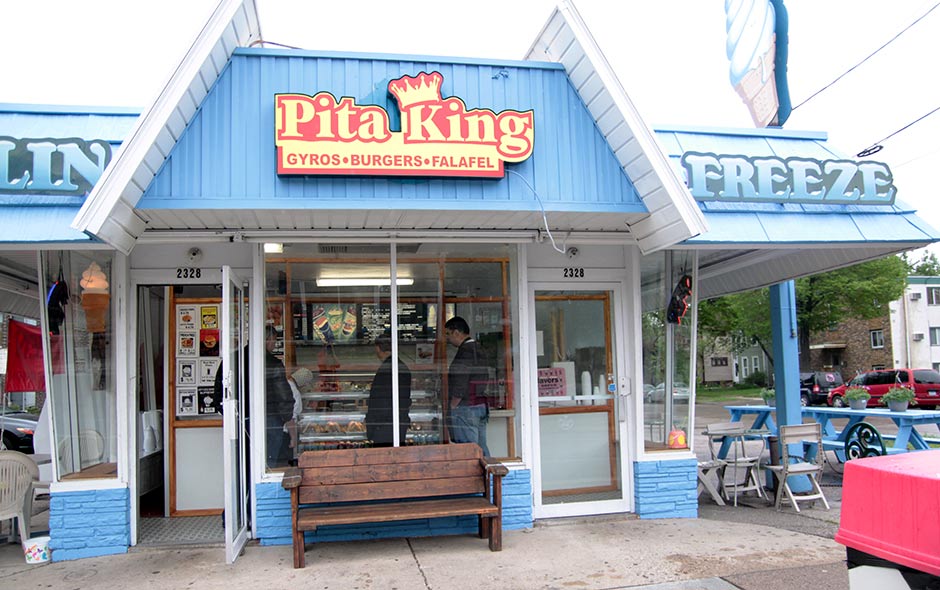 Ready to sell the business, she found potential buyers – Elmakarhi and Kader. After talking, they came up with a new plan, become business partners.

The three have hit it off. “They’re so creative in Middle Eastern food,” said Obert. “And we love Tabitha,” said Kader. “And I love these guys,” she added.

Elmakarhi and Kader have been in the restaurant business serving up Greek and Middle Eastern food for many years. Kader was the chef-owner at the Canary Cafe at 137 E. Franklin Ave and was also at Abdul’s Afandy on 25th and Nicollet. Kader said, “We were the first to have Middle Eastern food in the area. There were no other gyros in town.”

Elmakarhi began to learn his way around a kitchen when he was nine and working at his parents’ restaurant in Jordan.

The shop will serve all of Middle Eastern hits, including falafel, gyros, combo plates, tabbouleh, Greek salad, and meat and spinach pies. They will also have more traditional ice cream shop foods such as hamburgers, hot dogs, French fries, and-of course-ice cream. There is no pork on the premises. 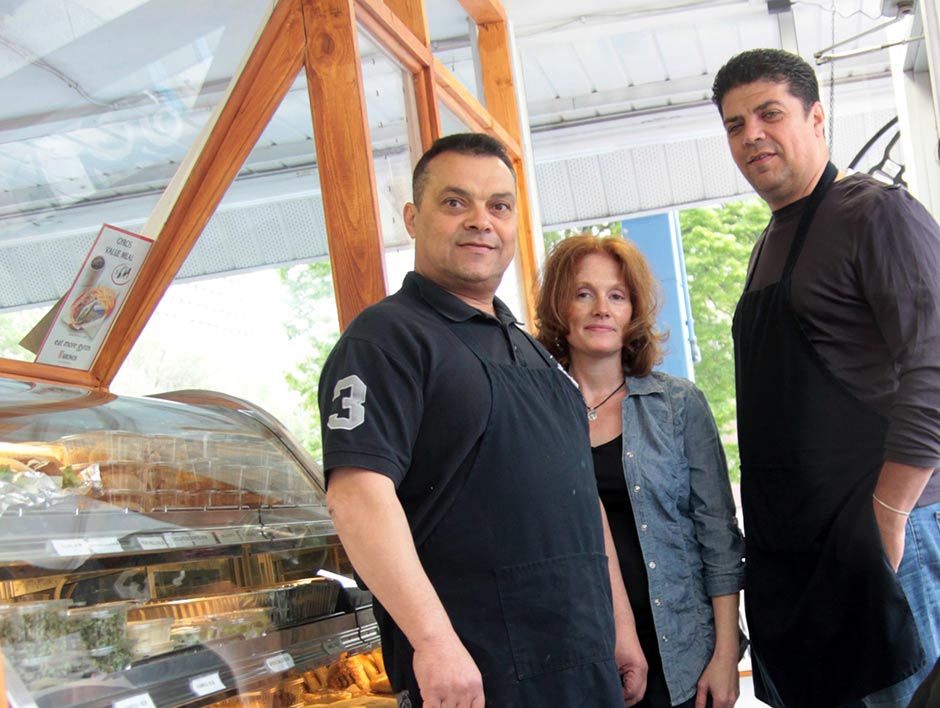 From left, Fayez Elmakarhi, Tabatha Obert, and Louie Kader pose in front of a case full of Middle Eastern sandwiches, salads, savory pies, and other treats. 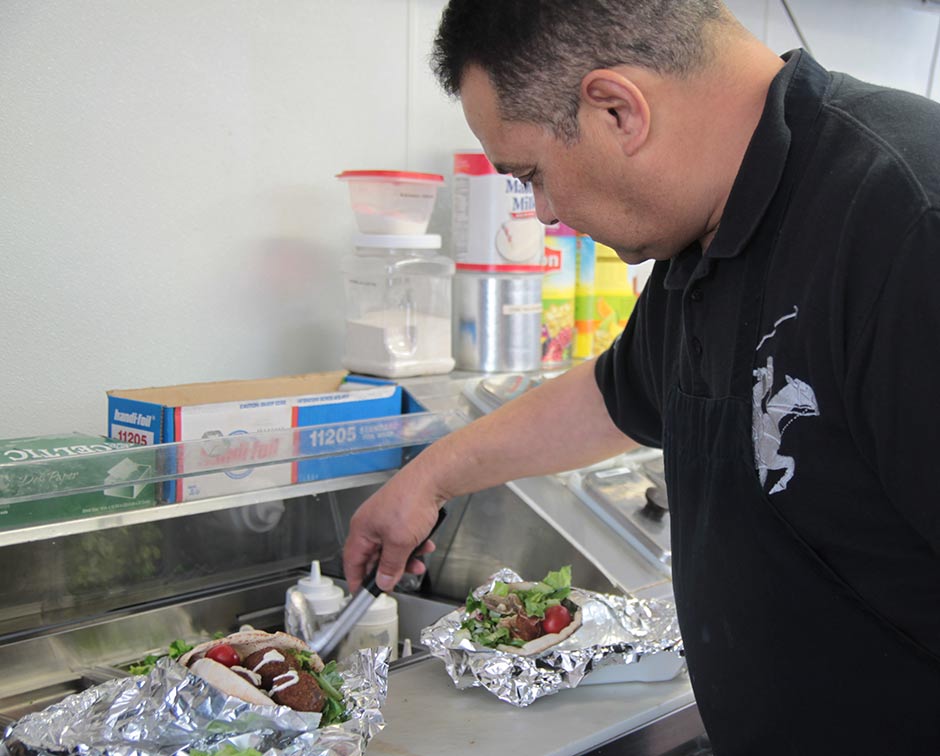 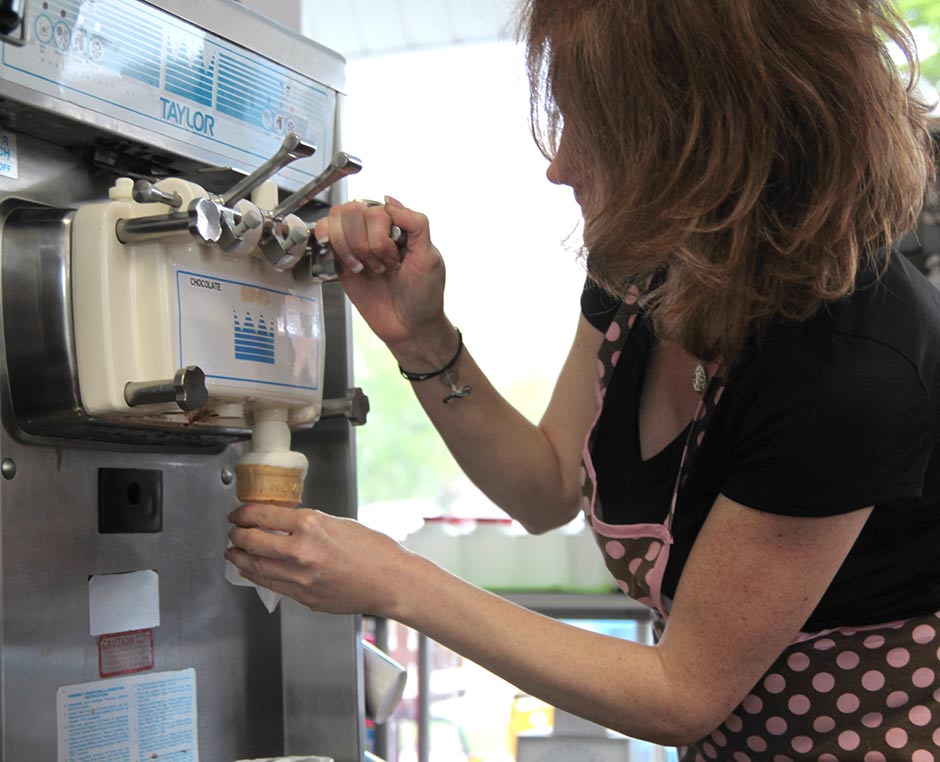