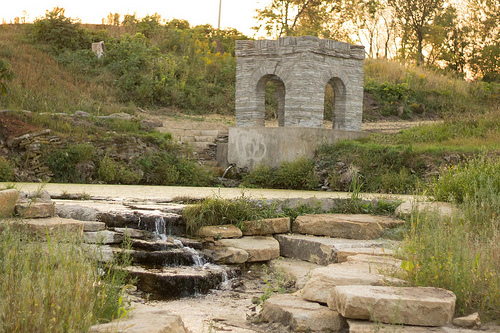 (All photos by Steve Young-Burns)

Long past overdue, the changes at Coldwater Spring, the newest addition to the National Park Service’s Mississippi National River and Recreation Area in Minneapolis are remarkable. A place of unimaginable import to Native Americans and to the development of what was called “the Great Northwest,” Coldwater Spring has been transformed into a new matrix of restored prairie and woodland in the heart of urban South Minneapolis. 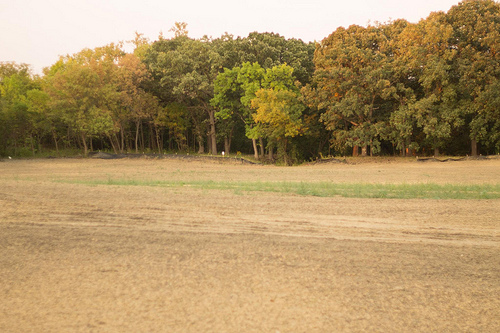 Prior to being transformed into a new urban park in summer of 2012, the land was broken – forgotten between the oak savannah parkland on the Mississippi River bluff tops above, and the nexus of Highway 55, Highway 5, Fort Snelling State Park, and the airport below. The new park has the feeling of a new neighborhood, but time and the seasons will sand off the rough edges and hasten the conversion back toward what this land once was.

Coldwater Spring is not only a sacred place to the Dakota people, but also an ongoing controversy with many different aspects. We invite you to read some of the many perspectives in these articles — New park opens at Coldwater Spring near Mississippi River; Coldwater: the new history; Free Speech Zone | Coldwater Springs – White History Only — and then to join in the discussion. 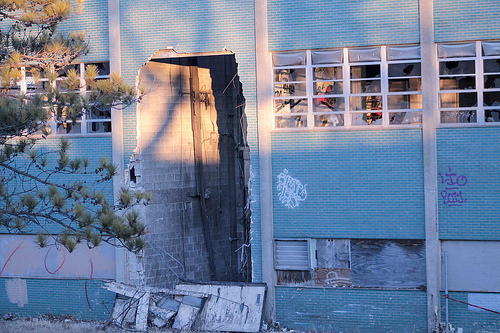 The sacred Dakota site, the source of clear water and good hunting for thousands of years, had fallen into disrepair, finally fenced off from even the few who came to visit the historic spring. 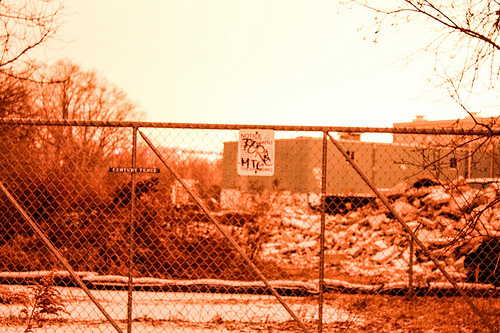 Unnervingly new if you’d seen it as an urban wasteland (above), the park now stands welcome to visitors. Calm and open, the new park is, if not perfectly restored to what travelers might have found in 1840, at least closer in spirit than what it had been reduced to in recent years. 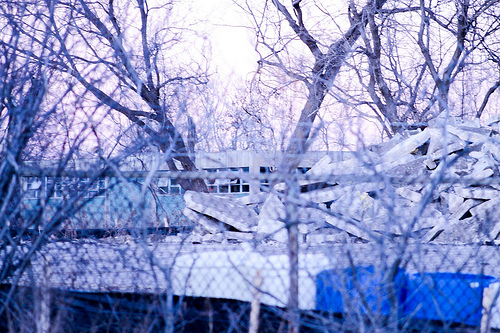 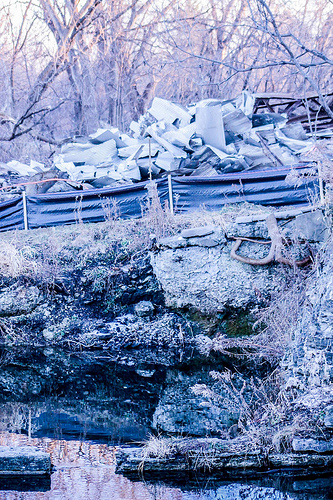 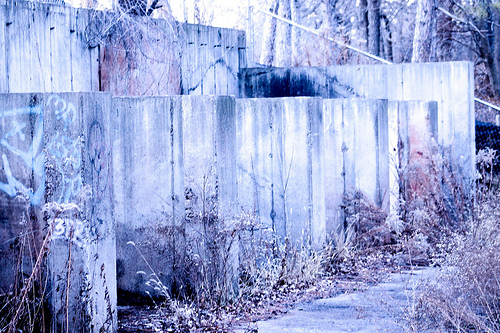 have given way to open space, and a feeling of apocalyptic urban destruction has become a surprisingly peaceful, meditative space. 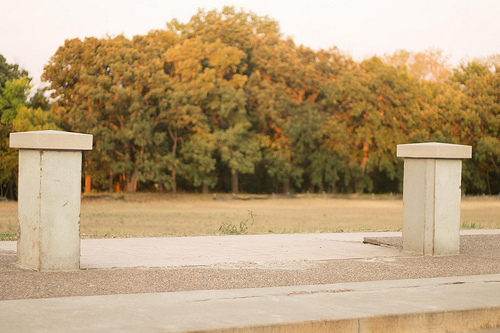 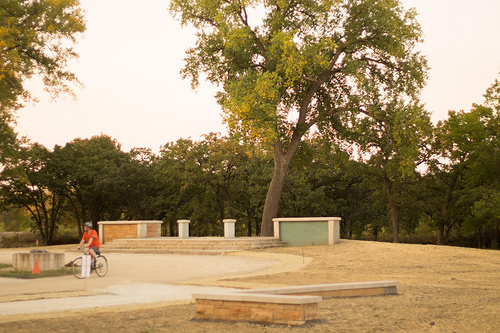 The old, forbidding chain-link fences are gone, and as you roll into the new Park’s entrance you could be headed into any prairie land park, except for the rush of highway sounds nearby, and the planes overhead. 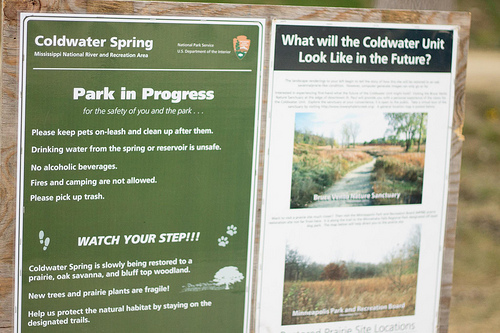 The ancient willow that lived by the edge of the spring is gone, not because of the land redesign, but because it was diseased and was in danger of falling over. The springhouse is unchanged in appearance, 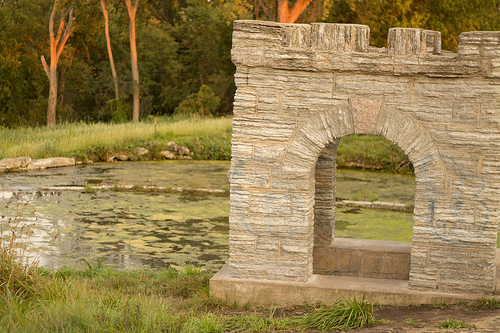 but the parking lot, paved road and green block building nearby have given way to a more natural outflow for the spring. 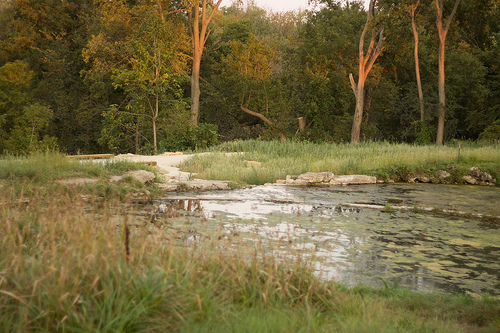 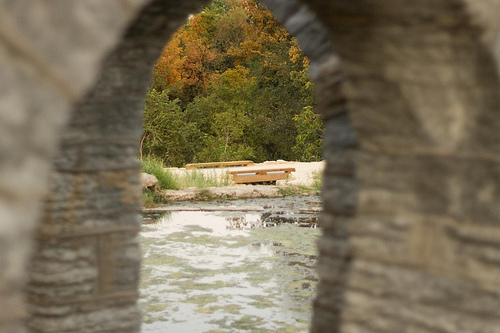 Water from the spring flows over the crest of the edge of the pool, over limestone slabs and will soon be a babbling, more natural wetland once nature is able to soften some of the rough new edges from this summer’s work 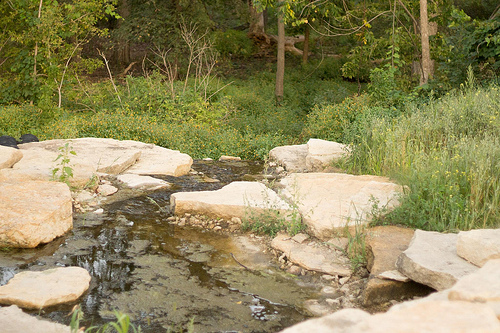