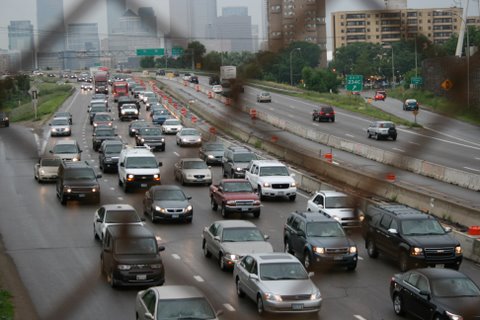 The Challenge: As gasoline prices bounce up and down, and bicycles multiply on Twin Cities streets, what transportation policies will best serve Minnesotans?

When it comes to transportation, Minnesotans are confronting a host of challenges. Because of the economy, most people’s employment and overall financial situations are less stable than usual. With gas prices fluctuating, and longer commutes, residents spend a higher percentage of their incomes on transportation.

At the very time that more people are exploring alternative modes of transit, some legislators seek to cut public transit funds as a means to balancing the budget. Such cuts disproportionately impact seniors, people with disabilities, low-wage workers, students, and others with modest or meager financial resources. Testifying before the U.S. Senate Committee on Environment and Public Works, Wade Henderson, president and CEO of the Leadership Conference on Civil and Human Rights, said:

As spending priorities are set, the August 2007 collapse of the 35W bridge continues to serve as a reminder of how essential it is to invest in the upkeep and repair of roads, highways, and bridges.

Simultaneously, infrastructure improvements for bicyclists and pedestrians have resulted in significant increases in the number of Minnesotans who commute and/or use non-motorized options for chores and recreation. Federally-funded programs have helped promote these healthier, more environmentally-friendly, less costly ways to get around—and made them safer and more accessible to greater numbers of residents.

Minnesota Compass contends that, “For communities to successfully grow, they need a comprehensive and coordinated transportation system that includes a variety of alternatives that address concerns over traffic congestion, safety, air quality and the high price of gas.”  The “Complete Streets” movement is one effort that asks planners and engineers to accommodate all users’ needs, including bicyclists, pedestrians, and public transit riders. 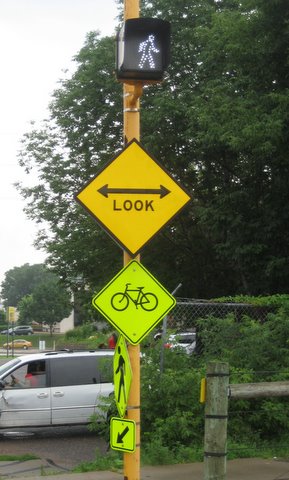 How People Get Around 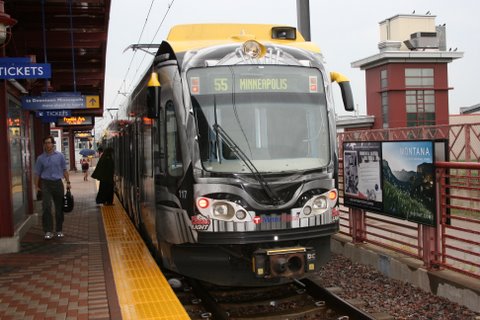 Arguments in favor of investing in public transit range from decreased air pollution and road congestion to greater affordability and accessibility for people of all levels of income and physical ability. Getting people to and from work is especially important in a poor economy, when people have a harder time paying the costs associated with owning, maintaining, and operating their own car.

The Minnesota Department of Employment and Economic Development (DEED) reports that, “For some workers, the availability of public transportation may be essential to access jobs and participate in the labor force. For example, low-wage workers tend to be concentrated in the urban centers of Minneapolis and St. Paul, while the availability of low-wage jobs – often in service industries – is more readily available in the suburban areas of the region. This mismatch makes accessibility to transportation essential.”

Research by the Brookings Institute also shows a clear link between a nation’s productivity and its transit systems. According to Rob Puentes, if we want to continue to be a strong and competitive country then we have to invest in public transit and in our workers. Puentes argues that this is “a transit moment for the nation.”

In Minnesota, the number of residents relying on public transit has increased and promises to continue to do so well into the future. According to Minnesota 2020, “Unbeknownst to many Minnesotans, public transit is an important lifeline for people in Greater Minnesota, especially growing populations of elderly, low-income and the disabled.” All of this leads the Minnesota Budget Project to conclude that: “If we fail to make critical investments today in our transportation infrastructure, tens of thousands of Minnesotans – seniors, individuals with disabilities, working adults and students – are likely to find it a little harder to get where they need to go in the future.”

Many residents were appalled by what they termed “draconian cuts” being proposed to mass transit during the last legislative session’s budget debates. Had the cuts gone through, the Met Council—which operates the transit system—said that fares could have increased up to 50 cents per ride, while service could have been cut by 30 percent for Twin Cities transit users. Greater Minnesota residents could have seen a 23 percent reduction in transit dollars, amounting to a 10 percent cut in hours of service offered each year.

Even with the expense, long commutes, and congestion, Minnesotans still travel by car far more than they do via any other mode of transportation. Therefore, many argue that investing in infrastructure to ensure the safety of Minnesota’s highways, roads, and bridges should be a top priority.

Minnesota 2020 cites an investigative report in the July 2011 issue of Car and Driver which finds that demands placed on Interstates are far greater than they were built to withstand.  According to the popular magazine, U.S. highway funding is falling more than 75 percent short of the $130 billion needed each year just to keep the country’s 48,000 miles of Interstates in good shape. “The tipping point has arrived,” the report concludes. “We either have to figure out a way to rebuild the Interstates or watch them fall apart.”

The collapse of the 35W bridge in Minneapolis in August 2007 was a dramatic public lesson in how crucial infrastructure investment is. Minnesota Compass observes that, “Preserving the infrastructure of our transportation system is critical for both safety and efficiency.” As the bridge’s collapse illustrated, “When infrastructure components become outdated or fall into disrepair, it can impede our ability to transport people and goods in a safe and timely manner.” For this reason, Minnesota Compass concludes, “It is important to have policies in place that ensure ongoing monitoring and prompt updating of principal, structural components.”  Currently, 12 percent of Minnesota’s bridges are rated “structurally deficient or functionally obsolete.” According to the Transportation Alliance, $33 million of the final capital bonding bill is allotted to the Local Bridge Program. 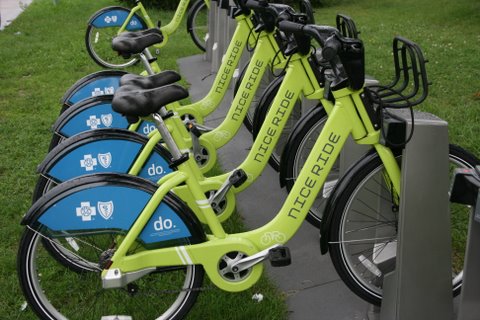 “The reality is that not everyone wants or can afford to own a car. And—even among vehicle owners—some people prefer to get around by public transit. Others prefer to bike or walk.” This, according to the official blog of U.S. Secretary of Transportation Ray LaHood. The blog entry goes on to state that bicyclists and bicycle advocates are able to make “powerful arguments of energy conservation, environmental and health benefits, public demand, and—now—job creation and economic development.”

Since 2007, the Twin Cities metro area has been one of four communities, nation-wide, participating in the Department of Transportation’s “Non-motorized Transportation Pilot Program,” a $25 million effort designed to demonstrate how improved walking and bicycling networks can increase the numbers of walkers and cyclists in a community. Bike Walk Twin Cities (BWTC), which is part of that initiative, reports that investment has spurred increased awareness of non-motorized options. It also notes that Minneapolis’s designation by Bicycling magazine as “#1 bike city” in the nation provided a boost.

Bicycling in Minneapolis has increased 33 percent from 2007 to 2010, while walking increased 17 percent over the course of that period. Numerous bicycle advocacy organizations have sprung up, and with them have come innovative projects, including the Sibley Bike Depot and Nice Ride, both striving to make bicycling a more affordable, accessible, and attractive option for populations that may not have been prone to biking in the past.

A recent study by the University of Minnesota’s Humphrey School of Public Affairs finds that eWorkPlace Minnesota, a state-sponsored program that promotes telecommuting for metro-area employees, has reaped many benefits. According to an article posted by Minnesota DEED, telecommuting leads to increased productivity, is a tool for recruitment and retention, allows more geographic flexibility and an increased talent pool for employers, and reduces costs. For employees, telework is reportedly a time saver, money saver (gas, parking), and results in enhanced quality of life, and increased opportunities for lower income households and people with disabilities.