(Scroll down for times and locations of community conversations on the achievement gap.)

The Challenge: Minnesota leads the nation on many educational levels, but there is a deep divide — an achievement gap — for students of color, students living in poverty, and students not proficient in English. It affects who masters core academic subjects, graduates from high school, and goes on to enroll in and complete post-secondary education programs. How can we address this achievement gap?

A: Increase engagement between schools and communities, for example through achievement zones?

At first glance it looks like good news. GOOD magazine recently published a color-coded map based on the U.S. Department of Education’s State of the States in Education report, in which Minnesota ranked among the top 10 for educational performance. As Minnesota Compass notes,  the state has “long enjoyed a reputation for its high-quality public education, placing at or near the top in many nation-wide rankings and measures,” so this may come as no surprise. What shocks many, however, is that the state maintains one of the widest gaps in performance based on race, family income, and English proficiency. 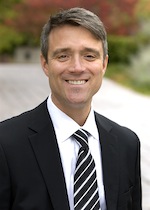 “All children can do well academically,” observes Caryn Mohr, a Wilder Foundation researcher,  “but children in these categories (racial minorities, the poor, and those with limited English proficiency) often have fewer of the advantages of their white or higher-income peers.” Kent Pekel, executive director of the University of Minnesota’s College Readiness Consortium, agrees. He explains that those on “the wrong side of the gap” are less likely to have the most skilled teachers and access to the highest quality resources. Still, Mohr, Pekel, and others stress that “demography is not destiny,” that there are examples of schools, both locally and nationally that “beat the odds.” At schools such as Concordia Creative Learning Academy,  and Seed Academy and Harvest Preparatory School,  “the (state’s) only accredited full-time, African-centered pre-school and elementary school,” students score at grade level or better on standardized tests, despite the fact that a high number live in poverty. 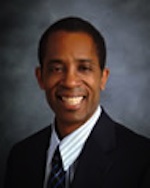 Evidence that every student has the capacity to achieve is one reason that Pekel argues it’s time to look for “new language” that will reframe the conversation. St. Paul School Board member Keith Hardy prefers to focus on the “equity gap of expectations.” Mohr talks about “opportunity gaps.” Pekel, himself, refers to a “college readiness gap.” Rep. Sondra Erickson (R-Princeton) contends that race should largely be removed from discussions. While debates about where to place emphasis continue, people of various backgrounds and political stripes agree that Minnesota’s economy depends on having an educated workforce, which in turn requires addressing educational performance gaps. This has led to rich discussions and new experiments, often with similar goals. Sondra Samuels, co-founder and CEO of the Northside Achievement Zone, expresses a commonly held view. “What’s important is not comparing one group of students to another, but seeing that all of America’s children excel, especially in this global economy.”

The case for option A:  Increased engagement between schools and communities 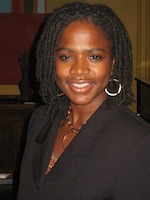 St. Paul Promise Neighborhood schools and Minneapolis’s Northside Achievement Zone (NAZ) are examples of community-based networks in targeted geographical areas that strive to assure that every student, regardless of family income, graduates from high school, prepared for college, ready to work in the current economy. This cradle-to-college approach is inspired by Geoffrey Canada’s Harlem Children’s Zone, and grounded in the notion that everything in poor children’s lives must change—including the parenting they receive, their schools and neighborhoods—in order for them to succeed. NAZ’s Sondra Samuels says that, “What’s important, is not a child’s family’s background, but the school’s response to that background.” One of the ways NAZ, a collaboration of over 60 organizations and schools, stands out, she stresses, is that the majority of its budget is spent on parent engagement, for example, through a 12-week Family Academy  program.

Pekel, of the University of Minnesota, voices skepticism, noting research shows that students may not be greatly helped if there are no strategies in place to boost family employment and incomes in these “zones.” Questions have been raised about how well the Harlem approach is working.

The case for option B: Focus on accountability

School accountability was the impetus for the federal No Child Left Behind (NCLB) Act of 2002, which required public schools to focus on academic achievement of historically underserved groups of students. Standards were developed, and regular testing done, for the purpose of measuring school and teacher performance. Continual improvement had to be demonstrated or schools would face sanctions. Teacher retention and pay, as well as funding and defunding of schools, were based on such measures.

Rep. Sondra Erickson, chair of the House Education Reform Committee and a retired English teacher, is a critic of the legislation because it intrudes into what should be local decisions. Others interviewed say that the law changed the conversation about education, highlighted gaps in performance, and aggregated data, but agree with Erickson that the law has few champions and are glad it is being reevaluated, with states being granted flexibility.

Advocates of greater accountability often support scholarships and vouchers for children from low-income families, enrolled in failing public schools, so that they can attend private or religious schools. They say that this promotes “free market competition.” Critics charge that vouchers undermine the entire public education system, placing it at risk of losing funding.

Charter schools also are promoted as attractive alternatives. Part of the public school system, they receive public money, but are not subject to rules, regulations, and statutes applying to other schools. Instead, each school’s charter establishes what results they’ll be held accountable for.

Erickson supports scholarships and vouchers through grade 12, and views the charter movement as an especially positive development, in part because it gives parents voice about school environment and structure, for example school uniforms. Samuels contends it’s important “to re-think and re-imagine what’s possible,” which is why she says Minnesotans are fortunate to have an array of choices. In her view, charter schools often function as sources of innovation, “because it’s harder to turn a big ship (school districts) around.”

The case for option C: Focus on intensive intervention

“Intensive intervention is key to improving how all students perform,” says Keith Hardy of the St. Paul School Board. To him that means, “Giving children the tools and instilling a love of learning early in life,” a crucial time for brain development. According to Mohr, “Research indicates that high-quality, center-based early childhood education programs can have a long-lasting impact on the school success of low-income and minority children,” beginning in kindergarten. Pekel says that providing high quality early childhood education is one “slam dunk” for closing the gap. Studies show that investment at this stage of life is more effective than interventions later. The other “slam dunk,” says Pekel, is “enhancing the instructional effectiveness of teachers,” and increasing the rigor of the curriculum, so that students on the wrong side of the gap are not “simply filling out worksheets.”

Hardy, who emphasizes that intervention must remain constant throughout secondary education, finds Achievement Plus Schools like Dayton’s Bluff Achievement Plus Elementary especially attractive, and endorses the Advancement Via Individual Determination (AVID) program  approach.

AVID is an elementary through postsecondary college readiness system that targets students not doing A work, and prepares them for college through a rigorous curriculum that instills good study habits. Many schools offer after-school tutoring and remedial programs to help underperforming students catch up with peers. “In a society of knowledge workers,” says Samuels, “we also need to look at the length of the school day and school year, just like the countries who are out-competing us have done.”

The case for another approach (please share your ideas)

We want to hear your thoughts, whether you’re a neighbor, community organizer, local business owner, or elected official. Post your comments below, or join one of our community conversations. We will report conversations in the Daily Planet for the general public and policy makers. Come meet neighbors, get inspired, make decisions, and exchange ideas.