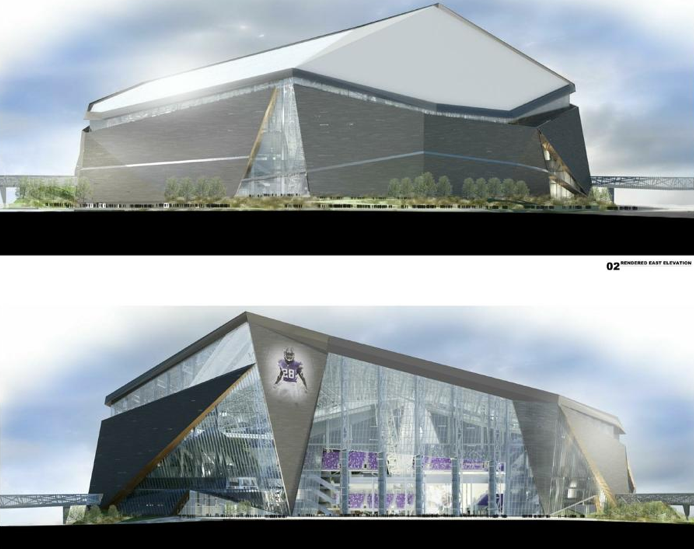 The stadium formerly known as the “ “Mall of America Field at the Hubert H. Humphrey Metrodome” (MOAF@HHHM) obviously screamed out for shorthand, or a nickname. So most of us just called it “The Dome,” much to the chagrin of the MOAF@HHHM brand managers.

“The Dome” was a bite-sized and descriptive label, so it worked better for ordinary people. “Metrodome,” “Thunderdome,” or “Homerdome” were occasionally in the mix, but usually it was simply “The Dome.”

But now that “The Dome” has been popped in spectacularly anticlimactic fashion, stadium officials are focusing on naming the replacement. The corporate auction over naming rights probably will lead to a name that will be a mouthful, and therefore probably will be replaced by the masses with a new nickname.

So what will we use as a shorthand reference for our new sports palace? I’m hoping the nickname will be derived from the nature of the structure itself, as “The Dome” was. When the shorthand is derived from the corporate name – see “the bank” and “TCF Bank Stadium” – that strikes me as selling out to The Man. Taxpayers paid significantly more to finance the stadium than the corporate sponsor, so I hate for the nickname to give the suits all the credit.

Like “The Dome,” the new nickname should be 1) concise and simple and 2) descriptive of a differentiating feature of the building. Here are few options to spark community brainstorming:

Ok, maybe I’m not entirely serious about all of these options. If you think you can do better, add your voice. Like it or not, with a community project as prominent and distinctive as this one, nicknaming will happen. So how about we give it some collective thought?