Labor activist Tee McClenty, originally from Camden, New Jersey, has a long history of service and of representing labor interests. As she tells it, “I’ve been a labor activist for a very long time. I worked at a long-term care facility, where I was a union steward. My last 17 years I spent at a hospital in Maplewood, where I was a union steward representing members.

“I was in SEIU [Service Employees International Union] Healthcare Minnesota for more than 20 years as a rank and file member, and I moved up to being an executive board member. Then I became an executive vice president, an elected position. I held it for four years and am no longer in that position.”

And now, as head of the Minneapolis NAACP’s newly created Labor Committee, McClenty intends to use her extensive union experience and connections to benefit communities of color. “Though I no longer hold the position of executive vice president with SEIU Healthcare,” she commented, “I consider myself a community activist and still fighting for justice.

“I think it’s key to find out, as we meet with our community, what our priorities are. And our priority is always fighting for justice, fighting for the Black community, to make sure that we are not only employed in jobs, but that we also can move up.

“Sometimes it’s about making sure they get a job, but we also want to make sure that when there [are] higher positions in labor organizations, that we’re advocating for our Black community; that they are as qualified as their non-Black counterparts to be in the high-ranking positions as well.

The new faces of the Mpls NAACP: MSR’s story on the new officers of the Minneapolis Branch of the NAACP (“Minneapolis NAACP swears in new members,” Feb. 27) revealed among other things that women now constitute a majority of the new leadership. This week, meet Tee McClenty, head of the Branch’s new labor committee.

“I think the important thing is to find out the priorities of the Minneapolis NAACP and to form a committee of labor people. I know quite a few labor people, and [we need] to pull them together and say how do we want to move the Black agenda?

“The labor committee, I think, is important. It’s about jobs… We need jobs.” 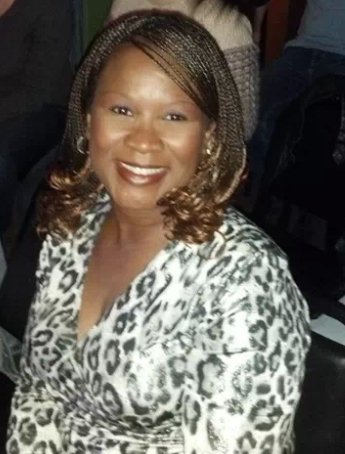 McClenty understands that it’s not merely talking about job gaps and economic disparities. It is also vital that there be an action plan in place to address those problems.

“That’s where I see the labor committee trying to join hands with the other committees that [current Branch President] Reverend McAfee has put together so that we’re not ‘siloed’ and we can all work together to move the agenda of creating jobs and making sure communities of color have a spot when there’s openings for jobs.”

In her time with the union, McClenty has put much time and energy into lobbying the state legislature and intends to continue to do so: “I would like to raise awareness with them to say, “I’m the chair of the labor committee, and this is about jobs. How do we make sure that communities of color have jobs?”

Calling the SEIU a “key powerhouse,” McClenty wants to partner with them and other labor organizations to push for jobs for people of color.

Asked about the group of women suddenly in the majority of NAACP leadership, McClenty told us that “It feels powerful; it feels good. Someone said to me just sit back and enjoy the love, and I look forward to working with my sisters and getting to know them on a professional and a personal level, and to share knowledge. Each of us comes from different backgrounds; each of us has different experience levels.

“I think that when we put all that together, it’s a power to be reckoned with. When you put all those brains together, there is so much that we can accomplish and learn from one another. I’m just honored and humbled to be a part of this team. I look forward to add my contributions as well.

“There were strong women that were there being sworn in with me, and I just felt God is good.

“I have a background in negotiating difficult contracts, standing in the face of tough employers, the CEOs who make decisions. You learn so much from being in that position. And I look forward to learning much from my sisters.”

Commenting on a shirt she wears while running that reads “Well Behaved Women Seldom Make History,” McClenty said, “I get lots of compliments from women. I didn’t pay attention to it, but I don’t think anyone who knows me would call me ‘well behaved.’”

“I am a mother of three sons, I’m married, so I’m the female of the household, and I would just say that no one would say that I’m a ‘well behaved’ woman. I’ve been working hard my entire life; I don’t mind hard work. I don’t mind getting in faces on the side of what’s right. I don’t mind standing up for justice. I’m not afraid to say what’s wrong.

“Minneapolis is going to benefit from that.”