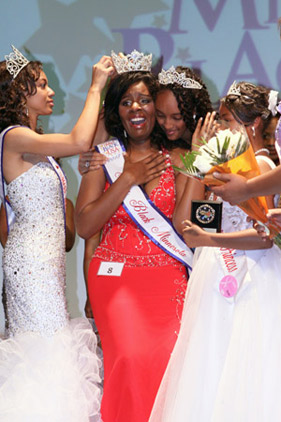 Red was the color of the evening for the Miss Black Minnesota USA Pageant.

The pageant began with eight young women in red dresses introducing themselves to the crowd; it ended with its red-dressed executive director accepting a marriage proposal. And the winner of the crown and title, Miss Black Minnesota USA 2013 was crowned wearing a stunning sequined gown. It’s color – red.

Krystal Igbo-Obonna of St. Paul was crowned the winner of the pageant, which underwent a change in ownership and direction this past year. Columbia Heights resident Shamera Norman was awarded the title Miss Minnesota Talented Teen 2013. Both Miss and Teen contestants competed simultaneously but were judged separately. Both winners received a $500 scholarship and airfare and accommodations to their respective national competitions along with various other prizes.

Igbo-Obonna amazed the crowd at the Eisenhower Theater in Hopkins with her beautiful piano performance during the talent portion of the show. Her recital was received by thunderous applause. The form-fitting red gown in which Igbo-Obonna was crowned featured decorative sequins along the hem and down the middle of the back. During the question and answer portion, the eventual winner called on elected officials to do more hands on work with their community and constituents.

“(Winning the title) means now I get to make a difference in the African-American community and be a spokesperson for women of color and show that anything is possible if we put our minds to it,” said Igbo-Obonna, with tears still running down her cheeks. 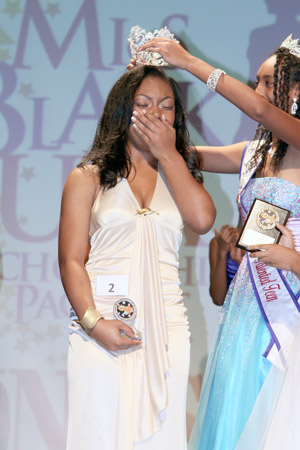 The newly-crowned Miss Black Minnesota USA was not the only woman in red with tears streaming. Tiffany Ramm, pageant executive director, let her emotions show as she was announced to the crowd. She said taking over the beleaguered pageant has been a true labor of love.

“I have been coaching most of these girls for four to six months and I was so excited at how amazing they did,” said Ramm, who took the reins of the pageant in April. “The past two years, a lot of contestants and title holders were let down. I put in a lot of time and my own money to make sure everything was perfect for these young women,” she said.

Ramm’s excitement with the pageant briefly took a back seat when her boyfriend, Reginald Shaw, came on stage, kneelt to one knee and asked for her hand in marriage. Ramm happily accepted Shaw’s proposal to a standing ovation.

Talented Teen, Norman performed a beautiful praise dance titled, “Take Me to the King.” Her movements were graceful and filled with a sense of purpose. For the Evening Gown portion of the show, Norman donned a beautiful, yet understated, gold gown minimally accented with gold jewelry. During the Q and A portion, Norman was asked what advice she would give others. Her reply was, “I’d tell (others) they should love themselves and love their neighbors and also know that anything is possible.” 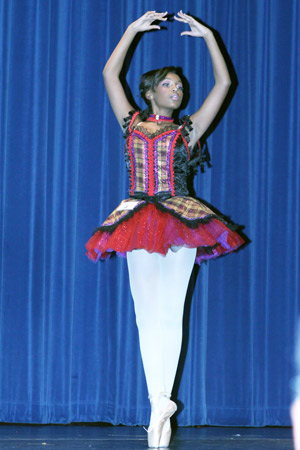 Other highlights of the competition were Talented Teen contestants Madelyn Smith’s graceful and nearly flawless point-ballet performance and Chakia Hall-Watley’s original spoken word piece, “A Story Untold,” about overcoming insecurities and looking past a person’s exterior and recognizing the inner beauty of one’s soul.

2005 Miss Black Minnesota USA and Miss Black USA, Celi Dean, said the pageant, and ones like it, do wonders for the young women involved.

“It promotes education and reaffirms these women are intelligent, they are beautiful and they are needed in our society today,” said Dean “This pageant is about celebrating us as a whole woman.”

The husband and wife duo of Tau Xiong and Andrea Bennett-Xiong superbly emceed the event, playing off of one another wonderfully. Xiong, a stand-up comedian, was especially hilarious. During a scripted moment, he put on an all purple outfit and a perm wig, and outrageously sang James Brown’s “I Feel Good.” During an unscripted moment, after mispronouncing a contestant’s name, he joked, “English is not my first language.” Xiong is of Hmong decent. His wife joked back, “Yeah, but you’ve lived here 30 years.”

The winners of the Minnesota pageant will go on to compete in their respective national pageants in the summer of 2013. The teen pageant will take place in Raleigh, N.C. The location for the national Miss Black USA Pageant has yet to be determined.