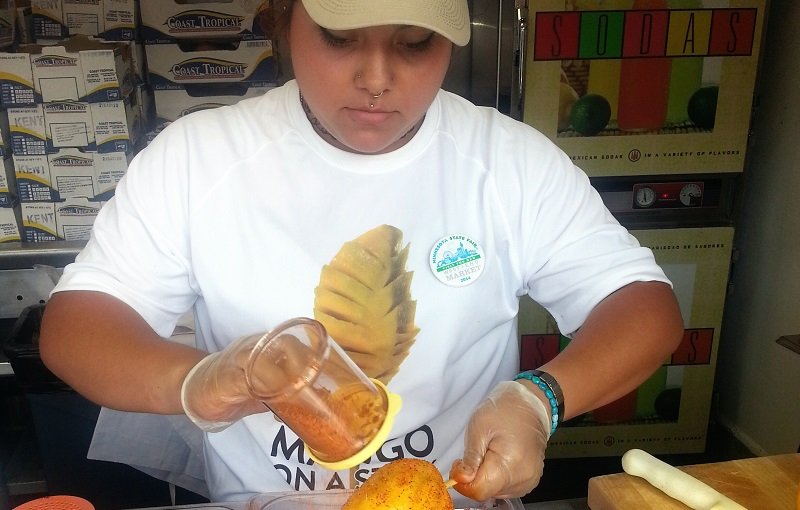 When you think of Minnesota State Fair food, you may think of cheese curds, corn dogs and gooey cookies. But over the years, that narrative has been changing, and Minnesotans have been seeing more culturally diverse foods popping up on the fair grounds.

Many ethnic food vendors from South Minneapolis’ Midtown Global Market (MGM) have made the fair their home, and this year that number is increasing. Panaderia el Mexicano made their debut appearance at the fair selling Mexican bakery items. Other MGM booths include Holy Land Grocery and Deli, La Loma Tamales, Taqueria los Ocampo, Manny’s Tortas, Salty Tart Bakery and Cafe, Fiesta in America, Café Finspång, and The Produce Exchange.

“I expect within 5 years ethnic foods will take over the State Fair,” said Holy Land Grocery and Deli owner Majdi Wadi. “People are coming to the fair to try different, cultural foods.”

Holy Land is making their seventh appearance at the fair this year with their location at the International Bazaar, and Wadi said that every year he has noticed an increase in sales and an increase in the acceptance of his food and other ethnic foods. 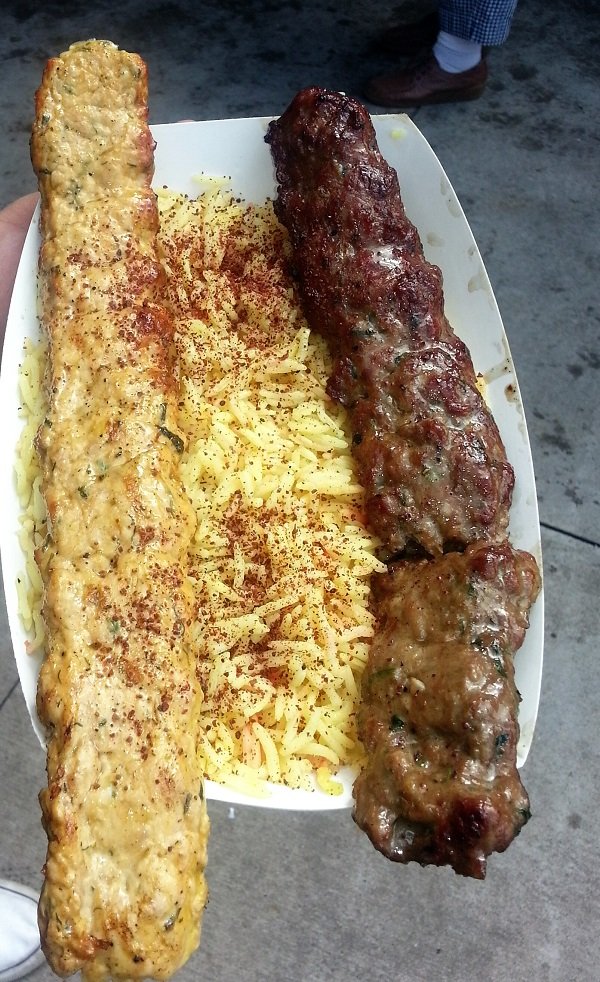 Two years ago the lamb fries were so popular that Holy Land ran out, Wadi said, so now the meat has to be reserved far in advance and it’s hard to procure enough quantities for the fair. Wadi said he hopes to be able to bring the item back to the fair next year, but for this year fairgoers will have to look for their other items, like falafel-on-a-stick, kushari rice and tabouleh salad.

After a three-year hiatus from the fair, La Loma Tamales is back for their fifth year as one of the featured restaurants at the MGM booth inside the International Bazaar. This year they are featuring sweet corn tamales and mango-on-a-stick with tahini seasoning. Tahini is a paste made from ground sesame seeds.

La Loma Tamales owner Noelia Garcia said that she has noticed that “more people are trying our product from other cultures. Some people are eating tamales and mangos for the first time and they like it.”

Manny’s Tortas is in their fourth year at the fair and is located in the Food Building. One of their specialties is their Cuban, chicken, Hawaiian and vegetarian tortas, which are like Mexican sandwiches. For something more refreshing, they have fresh pineapple bites with tahini spice on top or Manny’s non-alcoholic piña colada served in a fresh, hollowed pineapple.

The Produce Exchange is back for their eighth year at the fair with two locations. One is on the lawn of the Agriculture Building and the other is in the new West End Market. They have Prohibition Kombucha which is a lightly fermented black or green tea that claims to have great health benefits. The Produce Exchange is also known for their peaches and exotic fruit.

Produce Exchange owner Sharon Hannigan said that she only buys from people who she knows offer high quality, fresh fruit. “Mostly we get the things that taste great,” she said. “People will bite into the fruit and say it’s the best peach they’ve ever had.”

MGM media representative Lauren Cook said people can still eat healthy at the fair and will find healthy options offered at the Produce Exchange. “You can still enjoy the fair with healthy options and still feel like you’re treating yourself,” she said. “It’s not stuff you will find in your grocery store with peaches the size of your face.”

Minnesota State Fair marketing and communications manager Brienna Schuette summed up the shift in foods to a shift in fairgoer demographics.

“The fair going population is more urban than it once was, but the fair is still working really hard to tell the story of agriculture,” she said. “Now food has evolved into reflecting the food trends in the greater community. We are really lucky to live in Minneapolis where it’s such a cultured community.”