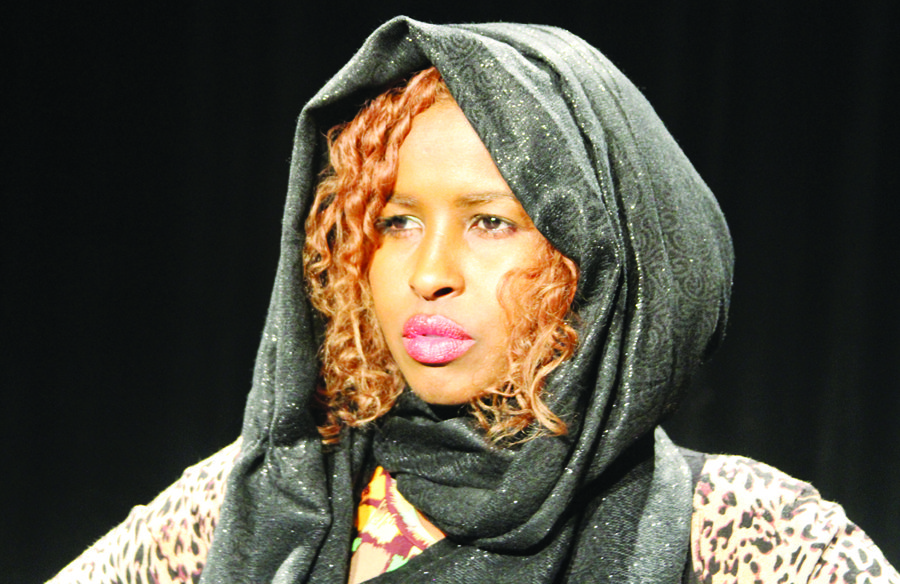 Farhio Khalif speaks of her life in terms of a “journey,” and what a journey it has been. Khalif ‘s journey began in Somalia and made stops along the way to Minneapolis in Italy; Birmingham, Alabama; Florida; Washington, D.C.; and Virginia Beach, Virginia. She and her two sons arrived in Minneapolis about five years ago. Khalif decided to make the Twin Cities her ultimate destination in order to join its vibrant Somali community.

During her time here, she has become very active in local politics because, she says, “You have to have the desire to do something for your community.” Khalif became involved in organizing and campaigning for candidates for office, including Keith Ellison, currently a member of the U.S. House of Representatives, and spent two years working for Minneapolis City Councilmember Cam Gordon. She has also been an activist in and for the Somali community, where she said she has organized hundreds of events.

The new faces of the Mpls NAACP: MSR’s recent story on the new officers of the Minneapolis Branch of the NAACP (“Minneapolis NAACP swears in new members,” Feb. 27) revealed among other things that women now constitute a majority of the new leadership, including for the first time several African immigrant women who bring impressive skills and experience to the organization. In the interest of introducing MSR readers to these new leaders, this is the second of a series of stories profiling three women from our African immigrant communities who appear determined to bring the historic civil rights organization’s power and prestige to bear on the obstacles currently inhibiting progress in our communities of color. Space permitting, we will allow these women to present their views in their own words.

She is currently working to help Minnesota State Representative Karen Clark in her re-election bid and is operating a nonprofit organization she founded in 2012 called Voice of East African Women, a shelter for East African women and children, which Khalif says is the first in Minnesota.

Politics on the state level are nothing new to Khalif, who has lobbied the Capitol and saw two bills passed in the last session. One of those bills provided the funding to open the shelter for the organization she founded. The other bill was for the Cultural Exchange, which Khalif describes as “a partnership to East Africa where Minnesota will have the first opportunity to export business with East Africa: Eritrea, Somalia, Kenya…”

“In the last year I’ve been very aggressive organizing for action,” says Khalif, “So every day, when I leave the house, I’m talking to people, or I’m part of something in the community.” Khalif also became the assistant secretary of the Minneapolis NAACP in last December’s election, and on the strength of her political involvement she will head that organization’s newly-created politics committee.

Heavily influenced by the work of Dr. Martin Luther King, Jr., Khalif told us, “Politics is a state of mind; it’s about ‘What do you want them to find out?’ They don’t know if you don’t ask for it. I cannot do it by myself, and I’m looking forward to having more people join this committee, to be part of politics. At the end of the day, you have to speak and be part of your community.”

On being part of the groundbreaking and history-making Minneapolis NAACP membership, Khalif says, “It’s amazing to be one of the sisters of the NAACP. It’s great; it’s great to be part of it. We are the first East African sisters to be part of this journey.”

[From this point on, Khalif’s words will be presented exactly as spoken, unfiltered and without paraphrasing.]

“I think we are ready for change; we need change for the African American — for the African in America. That’s what it is. I don’t care when you came here, 400 years ago or new immigrant, we are all from Africa.

“I think one reason to be part of this is to have our African American communities back to leadership. The Minneapolis NAACP is something that I believe, if we come together as a positive community, we are going to go out there strong, and we are going to represent our community as Africans in America.

“What we hope to do is to make sure that elected officials, legislators, and others get to hear the voices of the East African and African American communities. Minneapolis city council members, mayors, commissioners, police departments, legislators — they are all in there and at the Capitol, and once they’re elected they forget all about you. So we have to make sure that they’re not only for our interest but for all the others that we are fighting for.

“There’s no jobs for the African American community. When it comes to economics and education, things are going down. Why is that?

“How can we come together as a minority and go to these elected officials to show our voice, that we are here? And they have to come to the table. After all: We are the people, so we have to fight for that.

“Jobs and civil rights: That is the whole idea. You cannot separate them. Civil rights is part of everyday life. It might be old, but it’s also just begun again. And I want to be part of something where I can contribute in this time that I have. If I’m going to be part of something so strong and powerful as the NAACP and civil rights, I want to put my name, my community, and my image out there so I can be a voice for the ones who don’t have voices.

“The idea of too many White men is the same, the mission is the same: How can they destroy us? But if we come together and unite like my sisters do, I think we can do it. We have to have the hope, and we cannot give up. But what can we do, as women and sisters?

“I think we’re ready. We’re here, and we’re about change. And I like it.

“I want to say to all of the people reading the Minnesota Spokesman-Recorder: Thank you. It is time the NAACP came back, and we need a great energy, a great team, and this is it. But we cannot do it without your support. We need more members — please join. Please be part of us. Let’s move forward.

“As a Black woman, every day I leave my house, I fight with the White man and White woman. I tell them, ‘Move out of the way.’ Meaning nothing negative, but we have to take back what is ours. We as Black women, we can do this. We cannot let the White woman claim that she’s working for us; we can do it for ourselves, and we have to do it for ourselves.

“I want to stand up for Black women. I want to be a voice for the ones who don’t have a voice. And I don’t have anything against the White man and White woman, but they don’t know anything about what I go through.

“As women in the East African community, and all Black communities, you must wake up every morning and when the sun comes up be part of the sunshine! Change the system! If you don’t show up at the meetings and if you aren’t part of what is going on, then you really can’t do anything.

“It’s about time that we take back our community.”