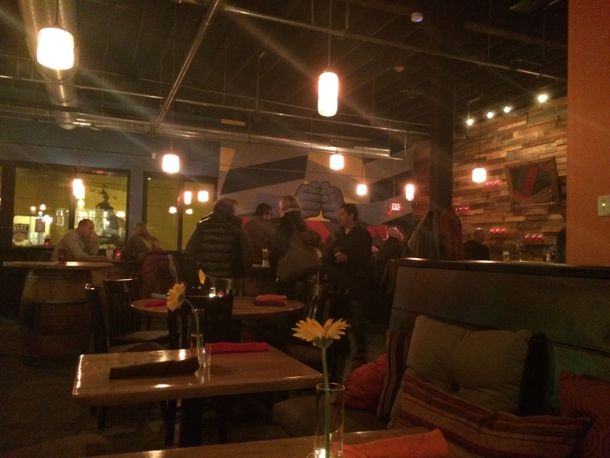 Mexican seems to be the hot new cuisine in town – specifically the slightly upscale but still affordable Mexican bistro. In the past year or so, we have seen the arrival of La Fresca, the Sonora Grill, Nico’s Taco & Tequila Bar, and Lago Tacos (less trendy, but in the same ballpark.)

Of course, the Twin Cities have had a lively Mexican food scene for many years, concentrated on East Lake Street and Central Ave. in Minneapolis and Cesar Chavez St. in St. Paul, with authentic, inexpensive restaurants and markets that cater to a predominantly Latino clientele. The new breed of Mexican bistros, by contrast, seem to attract a young, hip urban clientele, with few Latino customers. The cuisine is reasonably authentic, but sometimes with the rough edges smoothed out (no tripe!).

I guess there are two sides to this coin. On the one hand, it’s great to see more gastronomic diversity in my Lyn-Lake / Uptown neighborhood. But do I hear an echo here –  to the increasing segregation that is going on in Twin Cities housing, and Twin Cities schools? Ethnic restaurants are one of the few points of entry for outsiders to ethnic communities; will there be even fewer non-ethnic customers at the Mercado Central or El Burrito Market as Mexican cuisine becomes available closer to home? 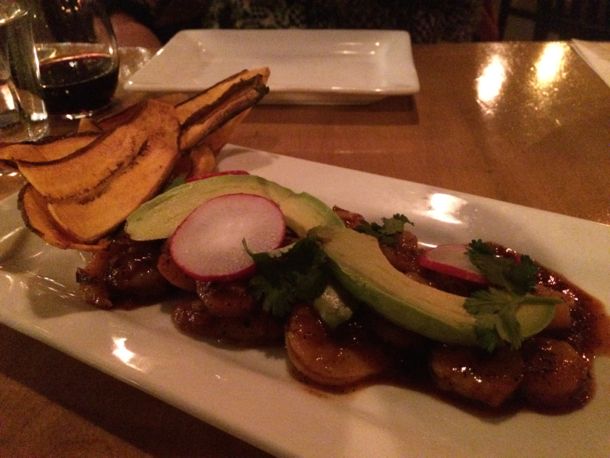 The newest arrival in this Mexican bistro category is Tinto Cocina + Cantina , which opened to the public Tuesday night in the former Spill the Wine location at Lake and Bryant. The word Mexican doesn’t actually appear anywhere on the menu – officially, Tinto is billed as a Latin restaurant. But the owner and chef are both from Mexico, and most of the menu is unmistakably Mexican: tacos, tortas, quesadillas, guacamole, nachos, and chicken in mole sauce, plus tres leches cake for dessert. There are a few dishes from elsewhere – mojitos, ropa vieja and a Cubano sandwich from Cuba, pernil (roast pork shoulder) from the Caribbean, and caipirinhas and Itaipava beer from Brazil.

I have only sampled a few items from the menu, but so far, I’ve enjoyed everything I have tried. The shrimp ceviche ($10), in a savory salsa of roasted tomatoes and peppers is a refreshing departure from the usual lime marinade, and the fish tacos (3 for $10) made with lightly crusted fried cod, pickled cabbage, guacamole and habanero aioli were light and lively. My lunchtime barbacoa torta ($10) wasn’t quite traditional (no beans!), but still quite tasty. (The owner said they will include beans in their tortas in the future.) And the pernil, slow roasted pork shoulder served over black beans and rice with fried plantains and a savory olive and caper sauce ($19) was hearty and satisfying. 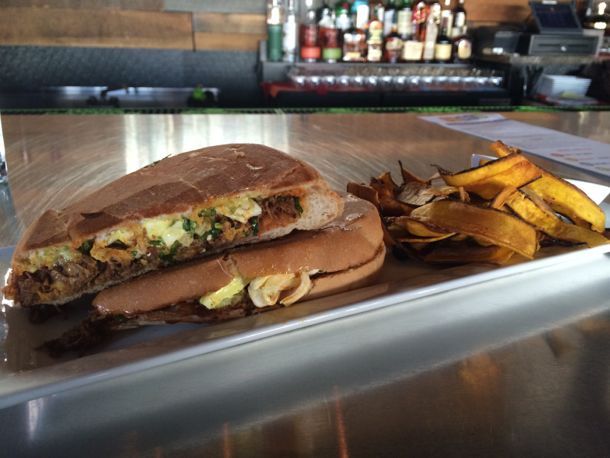 Prices are considerably higher than at they are on East Lake St., Central Ave. or Cesar Chavez St., but still reasonable – three tacos for $10, tortas for $10-$12; entrees for under $20. But they do add up – the other night, Carol and I had a couple of drinks each, one entree, one order of tacos, one appetizer and one dessert, and the tab came to nearly $100. Prices during happy hour (3-6 p.m. and 11 p.m. to 1 a.m.) are slightly lower.

There is a lot more that I would like to explore, including the pork belly tacos, the chicken mole, and some of the items on the weekend brunch menu, like the chilaquiles and Latin Benedict (made with chorizo and a jalapeno potato hash. Tinto has a full bar and a small selection of wines by the glass, draft and bottled beers. Coming soon: a monthly “Cigar Sunday” event, where “Our Executive Chef creates a liquor tasting with dinner and a stogie!” It turns out that since you can’t smoke cigars in Minneapolis restaurants, the liquor tasting and dinner will happen at Tinto, to be followed by the cigars, next door at Golden Leaf.