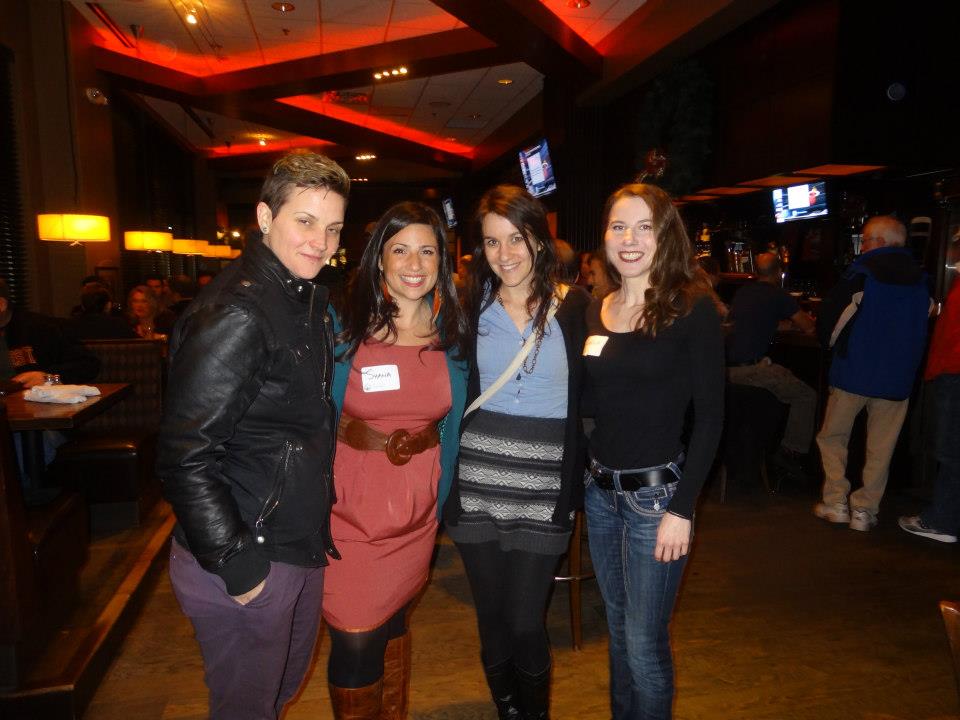 I was running late to Federation’s Young Leadership happy hour one evening last November, which meant I was able to skip the awkward but necessary introductions and small talk. Instead, I hijacked my way into a conversation where someone said, “Daci, this is Rebecca! She’s a writer too.”

“I just finished a book,” Rebecca replied. “It’s being published by Simon and Schuster in April of 2013. What about you?”

At that moment, I wished I hadn’t been introduced as a writer. Or had at least gone first. How does one who claims to be a writer follow up a book deal?

But when I told her I was the Minneapolis Jewish Federation’s copywriter, she looked impressed. And I realized that I could learn a lot from Rebecca, both in terms of writing and confidence. I thought Rebecca was a real writer because she wrote a book; she thought I was a real writer because I was employed as a writer. Or, she was just being gracious. Either way, she’s a class act.

Profiling Rebecca and her upcoming book seems like the perfect way to kick off a series highlighting connections made through the many Jewish opportunities in the Twin Cities. Not only did Rebecca inadvertently teach me an important life lesson at a Federation event, her book Sinners and the Sea adds to an under-represented genre of Jewish biblical fiction. Written from the point of view of Noah’s unnamed wife, the book tells the story of the famous flood from a new perspective.

A St. Paul native, Rebecca was inspired to highlight Noah’s mysterious wife by her religious school teachers. “My teachers brought these women [of Genesis] to life,” says Rebecca in an interview posted on her website. “But one woman, Noah’s wife, wasn’t mentioned. How could she be, without a name?”

Rebecca hopes Sinners and the Sea and her next book, an unfinished novel about Queen Esther, fill in the gaps of biblical fiction. “Most of it is Christian-based and tends to be more romantic in nature,” she says. I ask her if her book could be construed as romance and she hesitates.

But that 500 year old man is part of what drew Rebecca to the story. “A 500 year old man that everyone thinks is crazy, a world on the verge of destruction… for me, this material was irresistible.”

Sinners and the Sea comes out today, April 2nd, and is available on Amazon.com and at Magers & Quinn Booksellers, where Rebecca Kanner will read from her book at 7:30 pm the day of its release. Also check out TC Jewfolk’s review of Sinners and the Sea.

Have you made a lasting connection through Federation or the Jewish community? Whether it’s your best friend, your spouse, or someone who inspired you, I’d love to feature your story!Email me at dplatt@mplsfed.org.