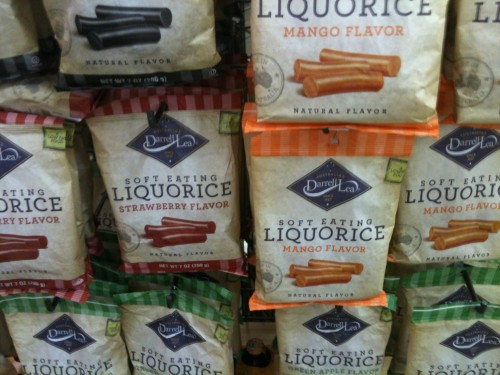 Coming here from Shreveport, Louisiana, may have only been a handful of states to the north (four, to be exact), but there are a few phrases that were definitely not in my vocabulary down south:

1. Guess which Prince song I heard on the radio today!?

Until I moved to Minneapolis, I hadn’t heard a Prince song on the radio since 1999. These days, I hear him at least twice a day. I usually change the station. No offense, Minneapolis. [TC Jewfolk editor’s Note: Offense taken, Daci.]

I saw two Romney signs this whole election, and maybe three “Vote Yes” signs (two of them were at the State Fair). After living in Louisiana, which will be a red state for eternity, this is all very confusing to me.

3. Watch out for that rollerblader!

Y’all, I haven’t seen a rollerblader since 1996. I pretty much forgot rollerblades existed. Then, I moved here. Now I nearly get knocked over by a rogue rollerblader every time I go for a run. And they almost always smell like an illegal substance.

4. I’m at the grocery store, what flavor of licorice do you want me to get?

Before moving here, I thought licorice meant one of two things: Twizzlers or the black jelly beans no one wants. But here? Green apple, mango, ginger, root beer — the flavors of licorice go on and on! Why is this? What is it about Minneapolis and licorice?

5. Why is she so crabby today?

Cranky; angry; in a terrible mood. That’s how I’ve always referred to people who were not being especially nice. Here, the standard word is “crabby.” I honestly don’t think I heard that word used aloud until I moved here.

6. I had the nicest cashier today at Target!

I’ve talked with friends back home about this, and they all agree: in the South, friendly cashiers at places like Target are few and far between. Here, people are so thrilled to be working retail. They sing, they dance, they high five customers! That has been the most refreshing change, I think.

7. Are you going to that Hanukkah party? I hear there’s a great band playing!

If there was a Hanukkah party in Shreveport, it involved children, sticky applesauce fingers, and germy latkes. I can’t wait to go to a Hanukkah event that’s actually fun – see you at Light it Up!

You can order Jewish food in a restaurant here. This still blows my mind.

New in town and have burning questions about Minneapolis? Get in touch with Federation’s community concierge! The concierge specializes in the Jewish community, so she can tell you anything from volunteer opportunities to a synagogue that’s right for you, to the best challah in town — although I’m dying to ask her what’s with the licorice!