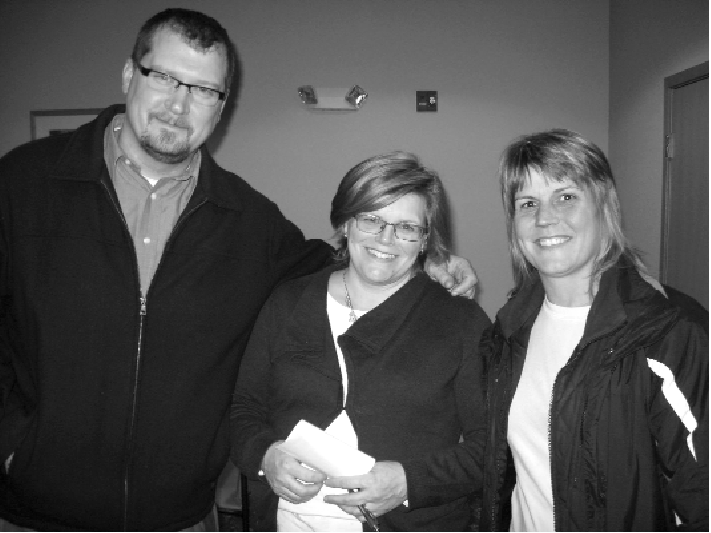 Northeast might get its first softball field with artificial turf this summer, if the Minneapolis Park and Recreation Board’s plan for NSP Park goes through.

The park lies in the Marshall Terrace neighborhood and is bordered by Marshall Street, St. Anthony Parkway, Columbia Avenue and 31st Avenue NE. Xcel Energy owns the land and has leased it to the park board. Power plant and park officials are working on a new lease that might include, in later phases of park renovation, restrooms with running water and a concession stand.

Neighbors viewed and discussed the park plans at a Jan. 28 open house at River Village. Park board project manager Andrea Weber said that Phase I, scheduled to be completed this summer, will include only one youth ballfield in the park’s northeast corner. Foul lines will measure 225 feet and center field is 250 feet, which means it is too small for adult tournaments. When several residents said they were disappointed about the size, Weber responded that they had hoped to build a 300-foot center field, but had cost constraints.

“We had originally anticipated more funding, but we had to revise the plan. We have a very tight timeline for funding. If this is not ready by the end of June, that’s a deal breaker,” she added.

So far, available money includes a $100,000 Hennepin Youth Sports Grant, $30,000 from the Minnesota Twins for a new scoreboard, and a park board matching grant for $67,000. Weber said they are working with a donor for more funding, but the details have not yet been released.

“The field will have artificial turf, a trail connecting to the parking lot, and storm water management. We are looking at a storm water pond and swale,” Weber said. “The intent is to keep the park pavilion, and we are looking at other improvements in future phases.” The field will accommodate youth baseball, women’s adult softball, and possibly co-ed softball. There will also be bleachers, a dugout, drinking water and portable toilets. The existing parking remains the same in this phase.

“The project may include lighting in the future. This is in a light industrial zone, and the neighbors are industrial businesses. All the fields will be fully fenced. The ball field probably will be used at opposite times as area businesses, unless they have later shifts,” Weber said. “Improved field lights don’t have a lot of spill, and there would also be time limits in the park.”

Park commissioner Liz Wielinski, who attended the meeting, said that the park reconfiguration was necessary to accommodate the proposed new restrooms.

When a resident asked about the existing horseshoe pits, Weber said that they “would be in conflict with the southernmost field.” Park staff will return, she added, to work with the community on future improvements and amenities. Right now, there is no schedule for when the other three ball fields would be built. “Capital improvements are on a five-year schedule. We don’t have the funding planned out yet,” she said.

Mike Blumenfeld and Alicia Skow, Minneapolis Youth Baseball Association president and travel director, thanked the park board for adding more youth fields. “We would love to bring our kids up to this area,” Skow said. Blumenfeld said that their teams currently play at Ft. Snelling, where the size of the fields is a problem for younger players. “If a field is too big, a kid can’t hit a home run. If it’s too small, they can’t have tournaments.”

Artificial turf is proposed for only one of the four fields, according to Weber. Park officials and the landscape architect agreed that there are pros and cons to artificial turf. Aune said that people are generally happy with it, even though it needs a storm water infrastructure system, takes careful maintenance, and has to be vacuumed. Weber said the artificial turf is treated like concrete, because it is an impermeable surface. “There are some maintenance issues, but you don’t have rain delays or recovery time. Our natural turf fields get overplayed. We can’t rest the fields to keep the quality high.” Wielinski added that when artificial turf is replaced, it has to be recycled. “It’s almost considered hazardous waste.” Costs of maintaining grass versus artificial turf are nearly equal, Weber said.

Jim Schellberg, Xcel Energy’s Riverside Plant manager, said that the company undertook an extensive environmental cleanup at the site two years ago. “We wanted to take samples before releasing the field to the public. We took a holistic approach and excavated the area from 28th the Marshall. We identified elevated levels of arsenic. There are areas in Minnesota where arsenic naturally occurs.”

Schellberg said that Xcel entered Minnesota Pollution Control Agency’s Voluntary Investigation and Cleanup (VIC) program. “They review and approve our plans. This summer we removed the soil and brought in new fill, which we also tested. It took a lot of trucks. During the excavation, we found concrete curbs and pieces of parking lots that had gotten buried over.”

Former uses of the park land have included the Davey Crockett drive-in, in the 1950s, (carhops wore fringed costumes and served patrons fast food, while the Davy Crockett theme song blared from loudspeakers), a golf driving range that opened in 1955 and lasted three years, and a stock car race track, the Metro Speedrome, at Marshall Street and St. Anthony Boulevard. Race enthusiasts enjoyed a brief (one year) season of “motorized mayhem” on a quarter mile oval track with an asphalt surface.

For information on the work at NSP Park, which will likely be renamed, contact Andrea Weber, 612-230-6466, aweber@minneapolisparks.org, or Shari Seymour or Patrick Kvidera, Concerned Citizens of Marshall Terrace, ccmt568@msn.com. The park board website is www.minneapolisparks.org.