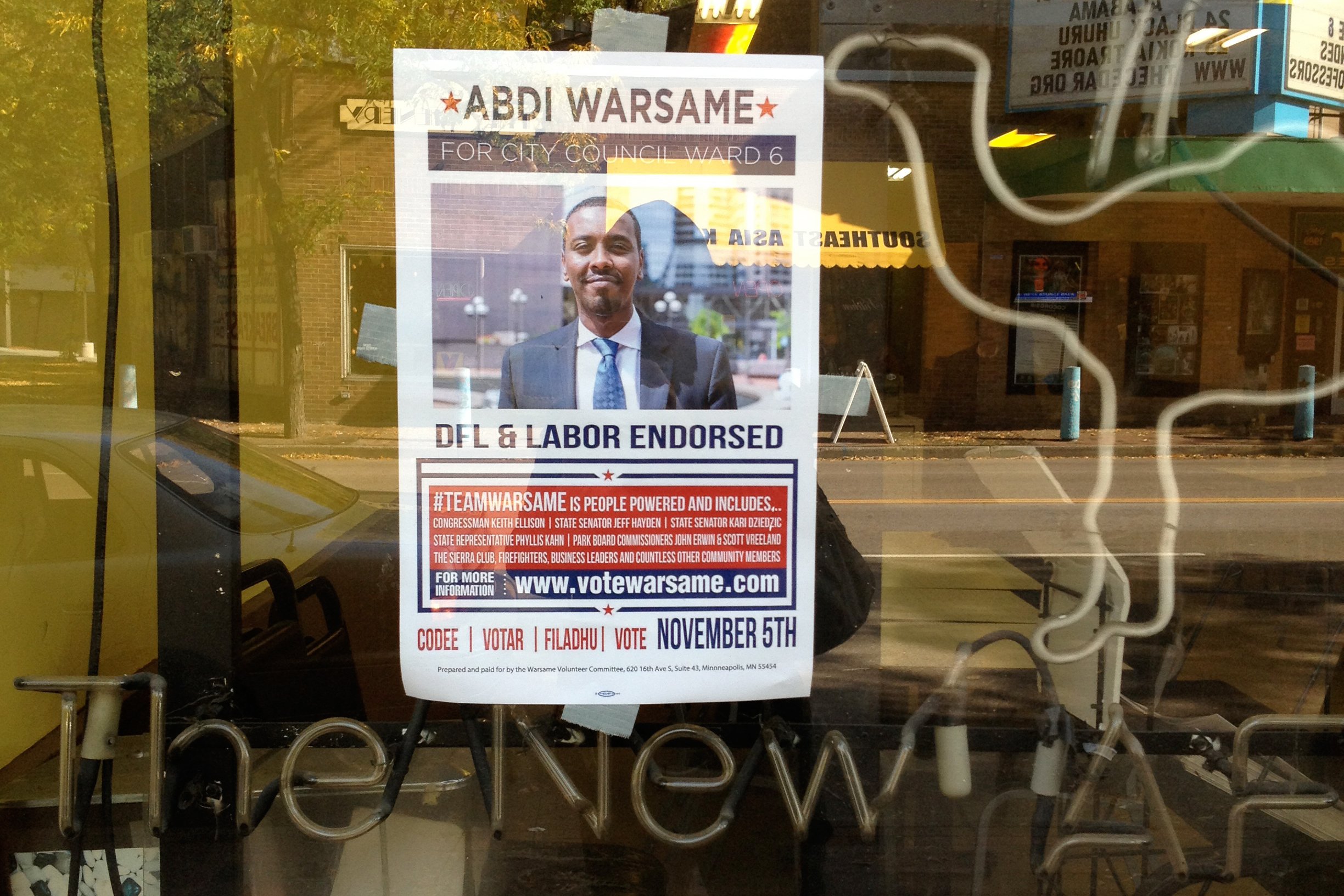 Photo courtesy of The Uptake

Redistricting and changing demographics have put Minneapolis City Council incumbent Robert Lilligren on the defensive as he vies to keep his seat without the DFL endorsement in Ward 6. Lilligren’s main challenger is Abdi Warsame, a Somali candidate who wrested the DFL’s endorsement away from Lilligren, a three-term incumbent, and appears to have strong support in the Cedar Riverside neighborhood, which has the highest population of immigrants in the city.

Lilligren, an Ojibwe Indian, is the City Council’s openly gay vice president. He and Warsame have butted heads a couple of times, with Lilligren challenging Warsame’s capture of the DFL endorsement by complaining of intimidation tactics and homophobia during the DFL convention in June and Warsame volleying back by denouncing Lilligren for “Jim Crow tactics,” accusing the incumbent of encouraging other Somalis to file as candidates in the hopes of diluting Warsame’s Somali backing.

“I’m not sure that these other East Africans know what they are doing,” Warsame says. “They all seem to have similar last names to myself. This is more dirty tricks on the part of our opponent.” The other candidates on the ballot include Mahamed Cali, who ran previously for City Council in 2009, Abdi Addow as well as Sheikh Abdul and Abukar Abdi.

Lilligren flatly denies he was involved with putting up other Somali candidates to run. Warsame attributes his convention win to his strong network and a grassroots movement that have “inspired a whole new generation and a whole new community that lives in the city to participate in Minnesota elections.”

Abdulqudus Donyale, a Warsame supporter, said Warsame was very involved in the redistricting process. “We learned that our community was really isolated and needed an avenue for our voice to be heard,” he said of the process.

Right: Election posters touting Abdi Warsame as the DFL/Labor endorsed candidate for the 6th Ward Seat on the Minneapolis City Council have sprouted up in the Cedar-Riverside neighborhood.

Andi Egbert, a senior research analyst for the Minnesota State Demographic Center, estimates there are approximately 18,200 Somalis living in Minneapolis, based on census data from 2006-2010, although it’s not clear how many have become citizens and registered voters. Many Somalis live in the Cedar-Riverside neighborhood, which makes up Ward 6 along with Stevens Square, Elliot Park, Ventura Village, Seward and Phillips West.

Warsame, who began his campaign for election in January, said he and his team “had to educate the electorate about civil rights and civic responsibility.”  While many in the community vote in big elections, “they’ve never voted in local elections,” he said. Regardless of what happens in the race, he predicts, Somalis “will continue to vote and become a force within the city.”

Mohamed Hashi, owner of Masha’Allah Restaurant in Cedar Riverside, agreed that he doesn’t usually vote in local elections. But on Nov. 5, he says, he’s not only voting but he also has put up several campaign signs in support of Warsame, who has been a longtime customer. “The neighborhood needs someone like him to represent us,” he said.

Lilligren sees his job as City Council member as listening to community members to make sure city government is meeting their needs. Among his accomplishments, he cites his role with the Midtown Exchange Project in the former Sears building, where he was involved in setting historically high goals for women and minority employment. Lilligren also points to the Midtown Global Market’s opportunities for small entrepreneurs, many of whom come from new and immigrant communities. 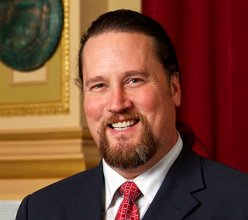 Lilligren also said he convened listening sessions between community members and the police in response to a rash of violent crimes and murders in the community. “There were some real necessary relationships that needed to be built between the community and the police department, as well as an understanding of how the legal system worked,” he said.

Nimco Ahmed Xabatulos, a Somali woman who has worked in Lilligren’s office for the past seven years, said Lilligren has been good for the Somali community. “Robert is a strong ally of my community and we need to support our allies,” she said. “It would be a tremendous loss for people of the 6th ward to not have Robert anymore. I believe in change, but when you have someone as good as my boss, why do you need change? It’s not that I don’t want to see a Somali elected — I want to see a council member who can actually represent all people.”

Warsame’s plan for the City Council includes supporting small businesses by providing resources they need to succeed, including online assistance. He also advocates for a city-wide minimum wage. He wants to make transportation affordable, accessible and more frequent, including providing discount cards for unemployed and low-income residents, and wants to revamp the city’s Civilian Review Authority and provide more staffing and resources to firefighters. He plans to expand urban farming initiatives as well as begin composting projects across the city. He also wants to improve accessibility to government by making data sets available in useable formats and by updating and revamping city codes.

A third candidate, Mahamed Cali, claims he was the first Somali candidate to run for Minneapolis City Council in 2009. For the last seven years, Cali’s been volunteering for the Somali American Community. “I’m the one who opened the door to the Somali community that we can participate as long as you follow the rules,” he said.

Cali said he’s the best candidate because he understands how the different neighborhoods in the ward are connected. “They need someone who understands their issues,” he said. “I always listen.”

Cali lists as one of his strengths his ability to be a mediator in conflict resolutions. For the past seven years, he’s been working on issues of safety and clean neighborhoods, and has mediated between landlords and tenants.

Cali, who was born in Somalia and has been in the United States for 20 years, said he’s happy to see so many Somali candidates in Ward 6, Ward 9 and in the Park Board elections. “I’m proud of that,” he said. “We want to participate for leadership. “It’s time to be part of the greater society; it’s time to show them our education, our talents. We can make a difference.”

Abdulqudus Donyale, who grew up in the Twin Cities and has been in Minneapolis since he was seven years old, said that while Warsame’s campaign is not about a specific community, “We’ve emphasized East Africans, because they are a bit isolated from mainstream America. We want to shed light on ways to integrate. That attracted a lot of young people to the campaign. We are somewhat a bridge between the different societies.” Somali Public Radio has been a big force in the effort, as well as Abdi Warsame’s Facebook Page, which has over 2,600 members.

Donyale said Warsame’s ability to speak both Somali and English gives him a big advantage in the ward. He hopes Warsame will open a door not only to people in Ward 6 but “also to minority groups throughout the city of Minneapolis. We hope to inspire a lot of younger people to partake in the political process and to aim for excellence.”