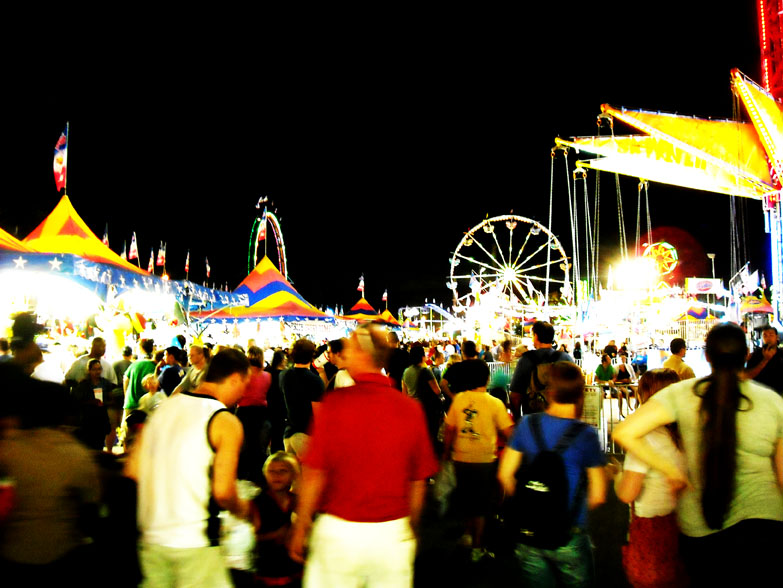 When St. Paul resident Edward Kline popped two balloons at the game booth, he expected to be given a large Scooby Doo stuffed animal—the one his daughter had been asking him to win. Instead, the game booth attendant pulled out a box of smaller toys, squirt guns mostly, from underneath the counter, offering them to Kline.

“This is ridiculous,” Kline retorted, arguing with the attendant. When Kline demanded a refund, the attendant told him that there are no refunds after the darts are thrown.

This was four years ago at a spring festival held outside St. Mark’s Church in St. Paul. In old carnival slang, this trick is known as an “alibi”: where the player has won the game, but is denied the prize when the game attendant invents a further, unforeseeable condition in the game.

Kline eventually received the Scooby Doo toy, but what he experienced was something someone might have experienced at carnivals regularly decades ago. 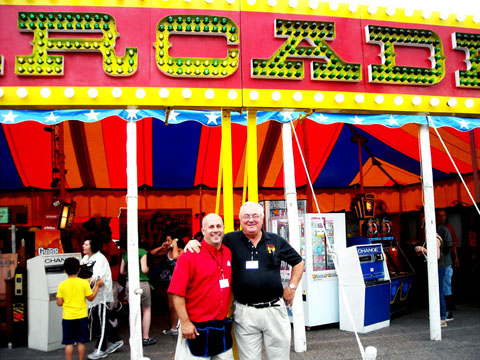 “In the old days, carnival rides didn’t cost much and shows didn’t make a lot of money,” explained Joe Premont, who has been working the national fair circuit for over 40 years. “That’s how they moved the shows, from all the money they got from rigging the games.”

The company operates a couple arcades on the fair grounds this year, and Premont reassures us that our state fair has come a long way since those days of dishonesty.

“The stipulations here and the regulations at this fair, everything is on the up and up. What you see is what you get.”

Art Blakey, the chief of police at the fair, has been monitoring the midway for over 50 years. He also remembers when carnivals rigged games, but explains that the “old days” of which Premont spoke haven’t been around for at least 30 years.

“We don’t even use that ‘carny’ word anymore,” said Blakey. “This is a different type of culture now.”

The state fair is involved with an amusement association that directly regulates the games, and engineers do constant checks to make sure they’re not rigged. The games may require some skill, says Blakey, but they’re not impossible.

“It’s a business now,” said Premont, indicating to all the matching uniforms all around him. “You can get a job easier at McDonald’s than you can at a carnival now.”