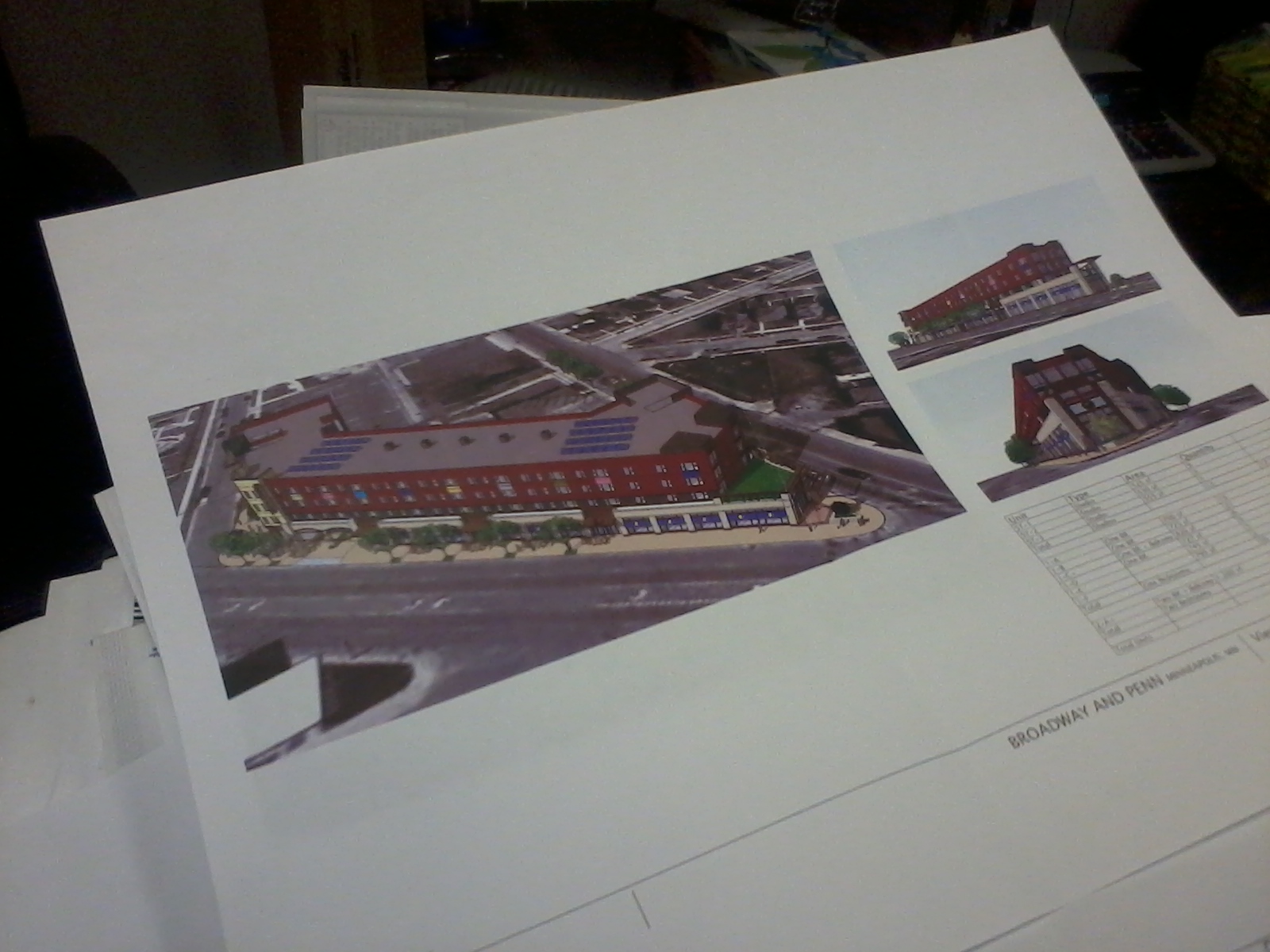 About a week ago I spoke to Dean Rose, the positive-minded owner of Broadway Liquor who is determined to take the “lemons” of tornado damage and turn those lemons into Mike’s Hard Lemonade.

Rose took me back to his office and showed me plans for the new, bigger, improved and super dooper Broadway Liquor megaplex…

According to Rose, he is still gathering public input to guide future development, even though he has a pretty firm idea what the building itself will look like. The question is what businesses will exist in the first floor retail space.

Above the retail space there will be “working wage” apartments.

Like the recent Gateway Lofts project, which seems to have gone well so far, there will be underground parking available. Rose is still trying to find which mix of businesses will work in the building. He is not sure if the market exits in North Minneapolis for a high end wine and cheese shop and, of course, everybody talks about “sit down dining” on West Broadway but the question is how to make it SUCCEED? What kind of businesses will be in this future space, THAT is still an open question.

Rose says the old “Bean Scene” building, (which also existed briefly as “Fire and Ice,” home of the allegedly famous Philly Steak and Lemonade deal) will be demolished “before the end of the year.” This strikes me as an ambitious prediction and yet I won’t be shocked if Dean Rose could actually pull it off.

Later in the day, driving past the old Bean Scene building I thought, “Look at it, fill your head with its memory, for its days are numbered.”