Barataria stands as a blog with a purpose. Most of the time, that purpose is to tell the stories lost in the jargon of economics and finance that have come to define our recent lives far more than most people are comfortable with.

If we can’t grab what is happening around us and make it our own, how can we call ourselves a free and democratic society? Barataria does what it can to offer a different way of looking at what is happening and relate it in story form, free of unexplained jargon. Hopefully, this will help to make a more real and useful politics.

After a few months of big events and heavy articles, it’s time to summarize the Baratarian view on the big economic picture in one polemic and invite your comments. 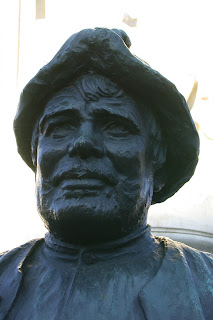 The economic situation we are in can best be described as a Depression – one which appears to have started around 2001. Labeling it a “Managed Depression” explains how the worst effects were not felt until 2008 as those in charge did their best to spend, keep interest rates low, and generally keep things going. They learned from previous depressions, rare but not unique events in US history.

How did this come about? In many ways, it was an inevitable part of the business cycles that still define our history as we swim our way through it. It’s hard to blame any one set of politicians, Democrat or Republican, for what happened – although there were policy decisions made in the 1980s and 1990s that clearly made this Depression more inevitable.

Working our way through this is a matter of time and Restructuring – building the economy of tomorrow rather than simply reflating the previous one that has already died. Much of our economic debate focuses on stimulus versus austerity, fairly traditional lines. But we have an economy that has been stimulated by many years of structural budget deficits and still cannot perform.

Our economy is like a kid fed a steady diet of candy for many years that now careens between hyperactivity and diabetic crashes. One side says give the kid more candy, the other wants to take it away. What the kid needs is a balanced, healthy diet and a little bit of exercise.

Getting us through to the other side is not going to be easy, but it starts with the acknowledgement that the tremendous pile of debt run up around the world is going to go away one way or the other. We can do it in an orderly way or we can wait for a horrific crash that erases it with panic, revolution, or at least incredible inflation.

One thing that marks this Depression is that it has hit the developed world far harder than the developing world. That means that a re-ordering of global trade and finance is very likely in the near future, again either in an orderly way or in a sharp, nasty transition. The US Dollar as a global standard is not likely to survive indefinitely, nor should it for the health of our nation. We have to regain control of our own currency, and that means surrendering our status as the coin of the realm.

Why is this important? Because manufacturing jobs have been hit hardest in this Depression, crashing from 24M to 16M in the last decade. These jobs are not only well paying, they represent real opportunity for young people who can start out in an unskilled position and gradually learn as they earn. That is what created the great Middle Class that once defined the US.

Most importantly, the old quote from Bill Clinton remains true – there is nothing wrong with America that can’t be fixed by what is right with America. We are not put together as horribly as Europe, where basic financial institutions needed to support the Euro single currency were never assembled properly in the first place. Attention to global trade and technology that can change how we use limited resources like oil will be critical.

The situation is bad, but it’s not dire. This election year should be defined not by the tired debates of the previous situation, but by voters demanding that we look ahead to the next world and define it before it defines us. There is work to be done and, most importantly, a conversation based on truth and dedication that needs to be started. This is a Depression, but it could be a lot worse. Starting from there some of the decisions to make and work to be done become pretty obvious. Let’s do those, first.

This contains many links to past articles. All the claims and themes are backed up by 800 word essays in these links. To learn more, just make yourself a pot of coffee click through – and please, leave comments and questions so that we can all work this out together. That’s what will get us through this more than anything else.