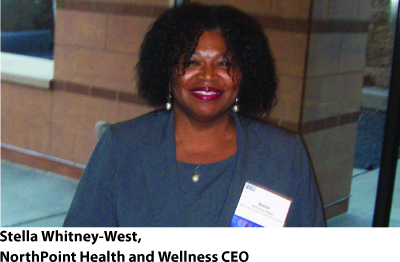 The Hennepin Health model serves low-income single adults ages 21-64 without dependents living with them, with incomes at or below 75 percent of poverty. It started with 4,884 enrollees: Nearly 70 percent are people of color, and 60 percent either have some level of chemical dependency, mental health needs, chronic pain or unstable housing.

Minnesota Human Services Commissioner Lucinda Jesson told the MSR during a healthcare forum in St. Paul in December that ACOs are “a shared-saving clause [of the Affordable Care Act], and basically an incentive to providers to do better and do it more efficiently…a new way that the federal government can work directly with…a group of providers.”

NorthPoint CEO Stella Whitney-West in an interview with the MSR last week said that to effectively serve the target population it must be done comprehensively. “Otherwise, if you’re just addressing one area and not looking at the other compounding [health] areas in their life, you really are not going to be effective,” she pointed out.

Whitney-West added that her organization’s experience in treating this target population and their belief that all needs of the patient must be taken into consideration has been helpful in the Hennepin Health model. “You can’t just look at the health care or just the human services need,” she explained. “You have to look at a much broader need. We’ve really been doing this since 2004. We’ve already developed a holistic, comprehensive model of care. We also developed a model where we work as a team…where we have integrated our human services with our health care.” 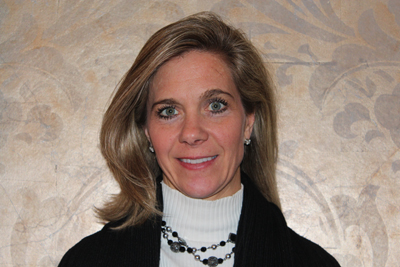 DeCubellis also noted that Hennepin Health also improved the way patient data is complied when someone is hospitalized. “Usually that takes a significant time delay for our provider. We have the ability now that when the health provider gets a call from the hospital saying that someone has been admitted, that information goes real time into the patient’s record and an alert goes to that provider.

She said that Hennepin Health is “one of the very few (ACO) models” in the country. Clients now are able to get assistance much quicker, sometimes on the same day that they call for an appointment, which should reduce relying on emergency rooms for treatment, added DeCubellis.

“The system hasn’t been very friendly in meeting the needs and encouraging folks to get care from places we prefer them getting care [from],” said DeCubellis.

The Hennepin Health model, however, is a “holistic” approach to health care, believes Whitney-West. “We at NorthPoint have been pleased with the first year. We have seen some positive results.”

DeCubellis agrees: “Managing health care smarter is the right thing to do for the utilization of the taxpayer’s dollars that support these programs. It’s been an easier avenue with the ACA, but it would be appropriate for us to do this anyway.” It’s “smarter health care,” believes the county area director.

“I believe that this is a direction health care is going to go [in the future],” surmised Whitney-West of the Hennepin Health approach. “We’ve seen how this model has provided [the target] residents with wrap-around services. We’ve seen it help them manage their healthcare needs.”

“We had a successful first year and looking for further improvement in year two,” said DeCubellis. “And we will be working in 2013 with the state to figure out how do we take this to scale.”