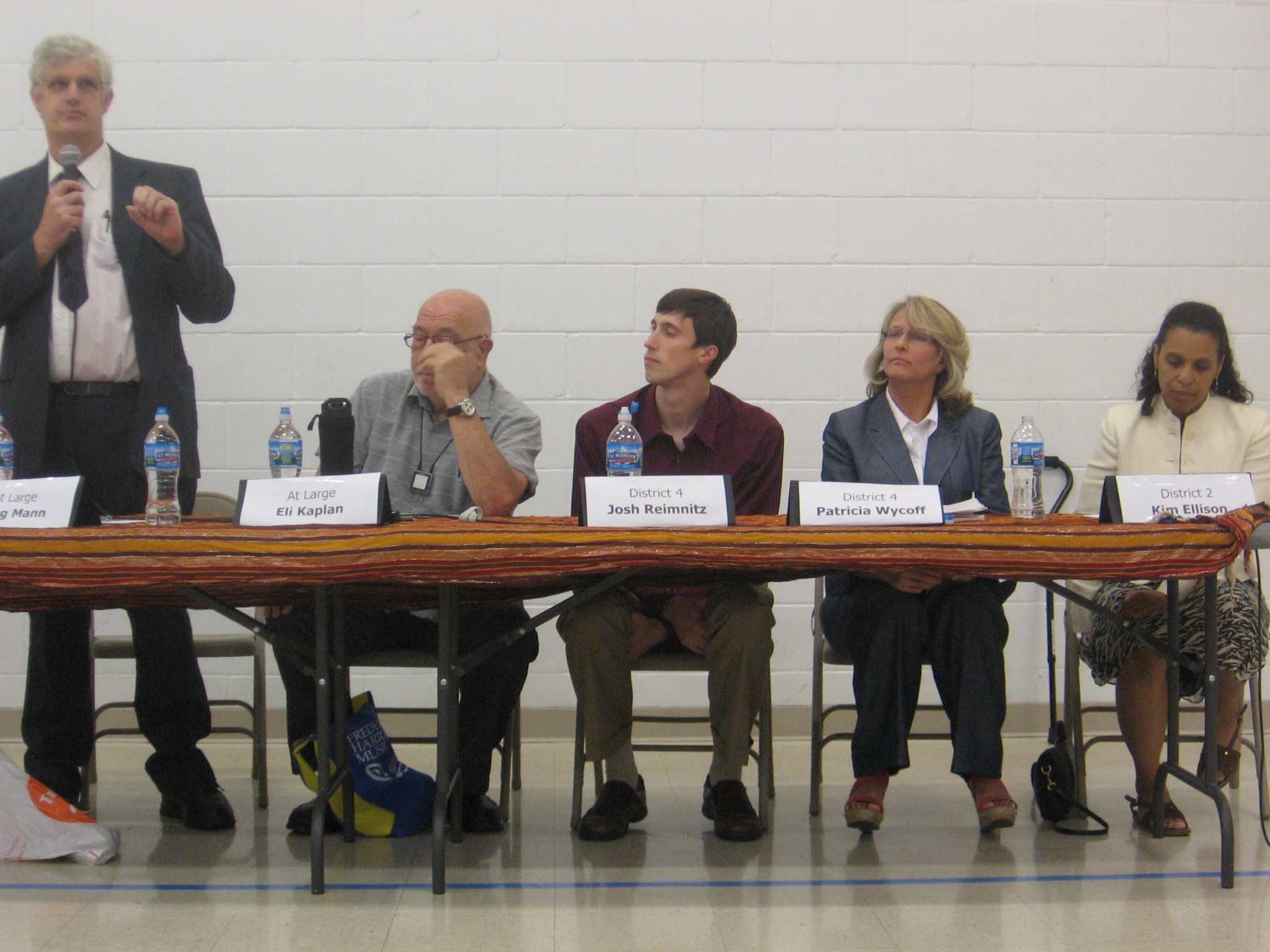 A month after its official launch, the New Americans Political Action Committee organized a forum that served a dual purpose: to familiarize the East African — largely Somali and Ethiopian — community with the current Minneapolis Public School board candidates, and to tell those candidates about concerns of the community. About 30 people attended the event held in the gym of South Minneapolis’ Brian Coyle Center on September 6.

Current board members Carla Bates  (at large) and Kim Ellison (District Two) sat on the panel along with District Six candidate Tracine Asberry, at large candidates Doug Mann and Eli Kaplan (write-in candidate), as well as Patricia Wycoff and Josh Reimnitz, who are running in District Four.

“We don’t want to be looked at as Somali-American or Ethiopian-American; we’re new Americans that are now removed from that [immigrant] group,” said interim committee chair Mohamud Noor. “Our issues are a little bit different.”

Had there been a translator, he said, the building would have been packed. Nonetheless, the candidates’ perspectives on public school integration and equal education for New American students is something he said he would relay to the greater East African community. Created to encourage new Americans’ participation and engagement in local politics, the 300-member committee also works to influence tactics in public education that will benefit East African students.

“What we’re trying to do is say we’re ready to tackle those issues and make sure that the policies that are made make sense. We want to help the candidates understand why people are hesitant in terms of getting involved,” Noor added.

The first topic of discussion was accountability.

“As far as the data goes, I know that director Samatar and other school board members have been pushing for this,” said Wycoff. If elected, she promised to continue working toward urging the Minnesota Department of Education to present numbers that display East African student progress. Despite 2011 census data reporting 32,000 Somalis in Minnesota — the largest population in the country — performance information for these students is near nonexistent.

However, the committee was aware that 39 percent of seven-year ELL students are still not proficient in English. With nearly one-fourth of the district’s 34,000 students being ELL, the New Americans PAC ultimately sought to learn how the candidates would advocate for ELL student integration. And while all of the candidates approved of early learning, cooperative charter schools, more minority teachers and immersion initiatives — specifically Arabic and Chinese — some candidates had experienced ups and downs with educator diversity.

“There were a number of Somali-speaking teachers six or seven years ago. [After layoffs] the district couldn’t retain them because of new hiring policies. Now we’ve got a lot of racially isolated schools in our district,” Bates said, in response to the committee’s inquiry about minority teacher hiring strategies.

The candidates’ opinions on how to obtain an equitable education for ELL students varied. According to Bates, it’s time, bilingual teacher recruitment and afterschool programs. Reimnitz said improvement comes by way of resource investment and teacher evaluations. Solidified teacher preparation was suggested by Ellison, while Wycoff, Mann and Kaplan cited community involvement.

“This information shouldn’t be new to the board and it’s not new to me because I’ve taught in ELL schools,” said Asberry. Having tried co-teaching full-time instead of part-time with an ELL assistant, she’s witnessed great improvement.

Without adequate data and clear-cut programs for improvement, it’s difficult to determine exactly how to start making progress with Somali students attending schools in the district.

Farhiya Farah, a member of the committee felt like the forum was helpful, though there are still obvious hurdles.

“This is how the community gets power,” she said in reference to organizing the forum. “We find people who are sensitive to our needs and work with them.”

“There’s still a huge achievement gap that is somehow stagnant,” Noor, also a youth activist concluded. He said the forum is the first of many events where the committee will express interest in helping their students achieve.

Two weeks ago, said Noor, he drove from Northeast to South Minneapolis to help a student in his community with an essay. “When there’s no one there [in the schools] to help them with their homework,” he said, “that means that someone has not connected the dots.” He remains unsure of how many trips across town he’ll have to make.