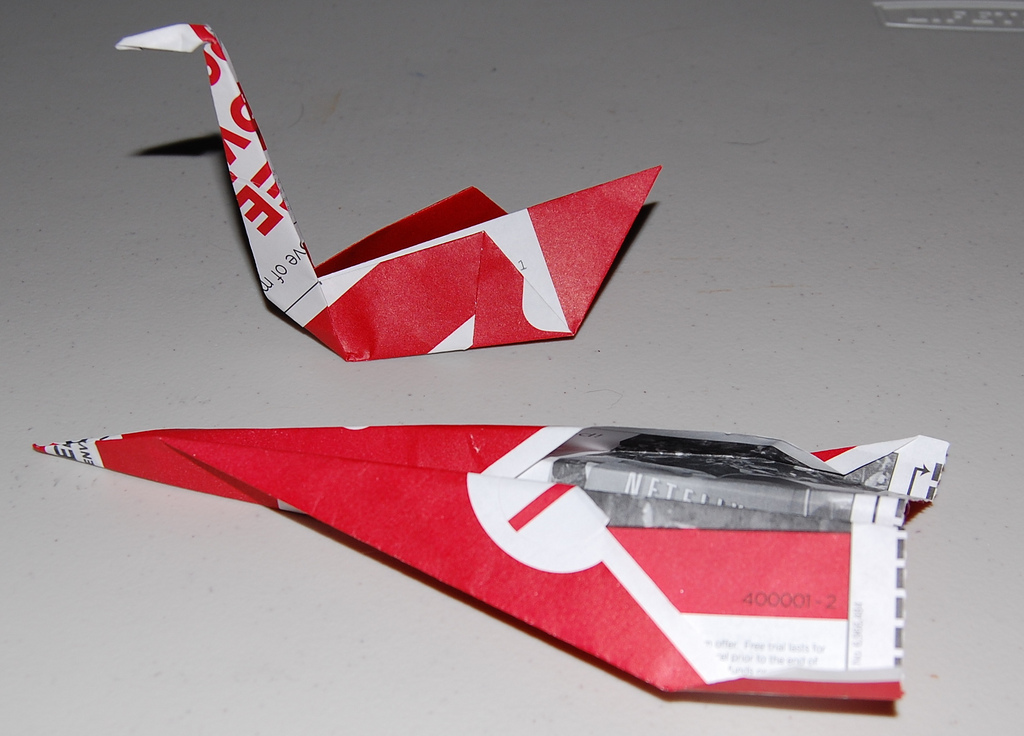 Having been a Netflix customer for almost ten years, I’ve enjoyed hundreds of DVDs starting out with their three-at-once rental plan, which was around $16 a month. Over the past couple of years, I’ve switched my plan a few times; once they started adding Blu-Ray discs into their catalog, I was all in. It seemed like a great plan to start renting as many Blu-Rays as I could (with an additional $2 fee added on for Blu-Ray access). It made renting some of the newer releases—without having to purchase them at retail stores for prices anywhere between $15-$30—much easier.

Four years ago, Netflix added another feature, an instant streaming service, offered for about a fourth of Netflix’s entire catalog, where anyone who owned an Xbox, a Blu-Ray player that had Wi-Fi capabilities connected to a high-def TV, or a computer, with adequate/good Internet service, could instantly watch a film or certain TV shows, whenever. When the instant streaming service popped up, I switched my plan again from three discs to one and started watching more stuff via instant stream. Well, my plan might be changing again in mid-September—or I may just cancel my Netflix subscription entirely.

In mid-July, Netflix announced they would be raising the price of their DVD and online movie packages by 60%. So instead of paying the going rate of around $12 now for my one DVD or Blu-Ray at a time and unlimited streaming—which isn’t all that bad considering how many movies I watch every month—my monthly cost will go up significantly. After taxes it will be around $20, if I keep the same plan. I’ve been contemplating this since the announcement was made; in the meantime, I’ve become a huge fan of a fairly new DVD rental system, Redbox.

Redbox kiosks are all over town: you can find them, among other places, at McDonald’s, Walgreen’s, CVS Pharmacies, and Lunds grocery stores. In total, Redbox is found in close to 25,000 locations across the U.S. I admit, I wasn’t a huge fan of Redbox at first, but I caved in and have been renting from them more frequently than I ever expected. While their selection isn’t as enormous as Netflix, it’s nice that Netflix finally got some competition—and Redbox has a nice feature that Netflix can’t match. You can go Redbox online, search for a kiosk, and see if they have the film you’re looking for. If you frequent a certain location and they don’t have your movie in stock, you can search other Redbox locations to see if another one has it. You can also reserve a film ahead of time, just as long as you provide a credit card number and use the same card to rent the film. Redbox also recently started adding Blu-Ray discs and video games to their kiosks.

Netflix on the other hand, just gives you a vague mention in the “Notes” section in your queue of “Short Wait,” “Long Wait,” or “Very Long Wait,” if you have a popular film at the top of your queue. When you check your queue and see the message “Very Long Wait,” it leaves you wondering when the DVD will show up. Who knows how many copies they have of each film, but I would get upset when a film I wanted to rent a film that had the note “Very Long Wait.” How long is a “Very Long Wait”? And now, many of the bigger studios films have a hold window of 30 days after a film’s release before the film even becomes available on Netflix or Redbox, which doesn’t necessarily bother me, but if you’re dying to see, for example, Limitless with Bradley Cooper and Robert DeNiro today, you’ve got to order it through cable television and on-demand since a physical rental disc doesn’t arrive to Netflix or Redbox until August 16. Or you can go to Best Buy or Target and spend $20 to buy the DVD or Blu-Ray today. My guess is that no matter when you decide to watch Limitless, it will still be the same movie, whether you rent it today from cable on demand for around $5, or if you wait a few weeks and rent it for $1 or put it at the top of your Netflix queue. Also, Limitless won’t be available on instant streaming for months (many of the studio films don’t show up on instant stream) and fans of instant streaming have lashed out, to Netflix, asking that more current (studio) releases would be available sooner on the instant streaming service.

Another rental option, which I’ve used from time to time, is renting DVDs from the Twin Cities public libraries. I just checked on the status of Limitless through the Hennepin County Library website: they have an astounding 20 copies, albeit with 531 holds on the DVDs. Which makes me think, if you’re number 531 on the waiting list, once it does finally become available for you to pick up, wouldn’t it probably be available through Netflix and/or Redbox, probably collecting dust at the warehouse or the kiosks?

So what does this all mean for us? Well, I’m thinking about ditching my Netflix plan completely or possibly switching it (again) to strictly streaming movies, and paying half of my current subscription price. If there is something I really want to catch on Blu-Ray that’s a recent release, I can probably wait 30 days to rent it for $1.60 at Redbox. But for Netflix subscribers, who are out there and have noticed that your last bill went up—perhaps more than doubled—take note and consider your options too. I’ve regarded renting films to be an indispensable activity ever since I was a little kid, but I think as many of us have become more budget-conscious and everything that was once a deal, seems to be added expenses, these days. So if I’ve got to wait an extra month to see Limitless for less than $2, again, I’m all in for saving and waiting for good deals.