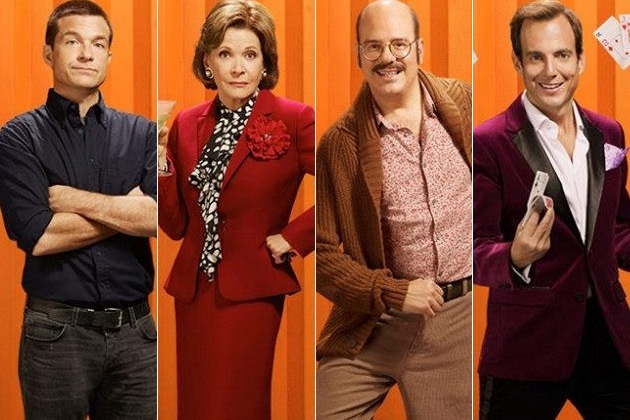 Close to two years ago I wrote about the growing demand for what was a film lover’s best option to watch a film anywhere but your local theater.

I mostly discussed the main attractions at the time being Redbox, Netflix (receiving physical disc and/or streaming), or going to your local library; those options are still most likely the most popular choices, but the variety of ways of watching films outside of the theater have grown far and wide: cable on-demand, ITunes, Amazon, Vudu, Hulu, Vimeo, and even YouTube, have picked up steam as ways to watch films or television series. Meanwhile, video rental stores are on the verge of being extinct. When was the last time you heard anyone say they rented a DVD/Blu-Ray from Blockbuster? (I rented a few DVDs from the now defunct Filmzilla before they closed up shop at the end of May.)

Personally, I have started to grow more accustomed to—and very fond of—the Netflix streaming option (I ditched my DVD/Blu-Ray plan over a year ago) as the number of titles have improved and their library continues to grow, the streaming quality has been steady and brisk, and, more importantly, Netflix announced in March 2011—a few months before I wrote my post—that it was getting into the “cable network game” and started producing original programming for customers with their subscription streaming service. At that point I was completely sold and on board.

The first original Netflix-produced series was David Fincher’s political drama, House of Cards, based on the Michael Dobbs novel that was turned into a popular BBC UK television series in 1990. The American version stars Kevin Spacey as Democrat Francis Underwood from South Carolina and house majority Whip leader, who was promised to be Secretary of State, only to be duped as the Secretary of State was given to another senator. For most of the 13 episodes, Francis (a.k.a. Frank), his wife (played by the luminous Robin Wright), Underwood’s chief of staff Doug Stamper (Michael Kelly), and Washington Herald reporter Zoe Barnes (Kate Mara) work with Frank to overthrow the newly appointed senator Kern.

When House of Cards premiered this past February it also brought a new phrase into my vernacular: previously, I was unaware of “binge watching.” While “binge watching” has been a blessing, it has also been a curse. I was immediately hooked on watching House of Cards the moment it was available and I probably burned through all thirteen 45-minute episodes within three days. I was glad to have watched the series but, I wondered, did I overdo it by “binge watching” the entire series instead of having some episodes on reserve? Even one of the creators of the American version of House of Cards, Beau Willimon, was quoted saying, “This is the future, streaming is the future. TV will not be TV in five years from now…everyone will be streaming.” After watching House of Cards, I think Mr. Willimon is on to something.

The new twist that Netflix original programming brought to the table that was different than any other broadcast, cable, or streaming television show in that it decided to release all the episodes at once. At first I was wondered if this was a bad idea, since the idea of following and keeping up with a television show every week at a certain time was a semi-ritual for me for years with shows like The Simpsons, Deadwood, The Shield, The Wire, etc. I enjoyed gearing up, making a nice meal, taking care of last-minute work things, turning my phone on silent, and kicking back and watching whatever show I followed every week at the same day and time.

With Netflix introducing this fairly new concept of providing all the episodes of an entire season of a series at once, the ritual of weekly television watching got completely blown to shreds. I became an addict of “binge watching” and watched House of Cards; and I wanted more immediately once I was finished. I could have inserted more time in between episodes by making them last longer, but it was exciting to know that once I finished an episode another one was available to watch right after and I did not have to wait another week for the next one. This addiction has gone on now since the premiere of House of Cards with other original Netflix-produced series including shock horror director Eli Roth’s werewolf/supernatural series Hemlock Grove, which has been picked up for a second season, airing sometime in 2014. The show was a major disappointment but did show some promise in its three final episodes and now has got its claws in me to continue watching the forthcoming second season.

This all leads to the one-of-a-kind television sitcom, Arrested Development: a show that aired three seasons on FOX, and due to low ratings was cancelled, despite having a rabid fan base, and was brought back from the dead six years after its last episode aired. Netflix premiered the new fourth season this past May with 15 new episodes featuring the entire original cast together and again, releasing all the episodes at once. I had to race through the entire three seasons to get caught up again as it had been a few years since I watched the Bluth family and their shenanigans and yes, it took me about four/five days to make it through all the episodes. (The fourth season episodes are longer than the previous 22-minute episodes from past seasons.)

What was interesting to see about the promotion of Arrested Development compared to the previous Netflix series was that there was much more buzz and hype surrounding this series than the others, most likely due to its rabid following; I saw countless Facebook and Twitter postings about people having marathons of A.D. when the episodes were released. Since the release of the episodes, though, I have not seen too many postings about them. Was there a let down? Was it over-hyped? Was the new structure, with every member having his or her own stand-alone episode, a failure? Only time will tell, but I think revisiting and going with repeat viewings of the fourth season just like previous seasons of Arrested Development seasons will be in demand—maybe just not going through another “binge-watching” session.

The latest Netflix original series, Orange is the New Black, will be available this Thursday, July 11 and, yes, all thirteen episodes will be released at once. While the trailer for this series did not strike me as something I would be interested in spending 13 hours of my time watching, I was surprised to hear that the series was already picked up for a second season, even before the first episode aired. Is that a good sign? (It does have some credibility behind it: it was co-created by Jenji Kohan, best known for creating the Showtime series Weeds, but that show fell apart after two seasons and dragged on for another six seasons.) This is somewhat shocking news, as I have not heard a word about Arrested Development being picked up for another season on Netflix or whether they are going to go ahead and begin shooting the much-rumored feature-length film instead of producing another season of episodes.

In any case, looking back on my original article from almost two years ago and looking at the different services and options that are out there for viewing entertainment outside of the theater, I do enjoy Redbox’s service in providing new film releases every Tuesday for around $1.50 a day and still regularly rent films through Redbox, and having our local libraries keep a quality number of new releases on the shelf for 50 cents a day is a bargain. But as time has gone on, having my Netflix online subscription service of $7.99 a month and choosing from the hundreds and thousands of titles in their film library has been fantastic. Even better yet, their original series have not disappointed—and are not available to see in movie theaters.