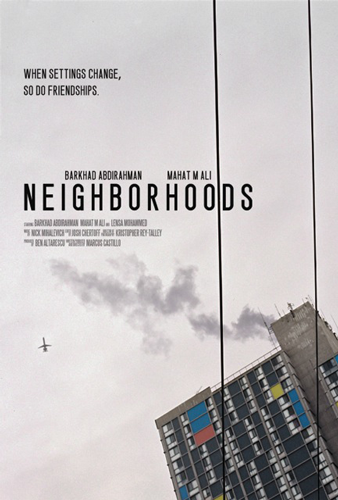 In the last few years there have been plenty of stories told about the Somali community in Minnesota, but very few of them concern the actual lives of the people that live here. Often, they are presented through the filter of a news story or international issue. Neighborhoods, a locally shot short film which stars (Barkhad Abdirahman), takes a look at one event in the lives of three young people who live in Minneapolis.

Akbar (Barkhad Abdirahman) and Aisha (Lensa Mohammed) pick up Sharif (Mahat M. Ali) when he is released from jail. As they get closer to the destination, it becomes clear that Sharif is not done with whatever got him arrested in the first place. Akbar and Aisha confront him about his life choices.

Neighborhoods, directed by Marcus Castillo, was filmed in the Twin Cities over two days in winter weather which got as low as -5 degrees. The cast works well with the material and it offers a glimpse into the daily lives of Twin Cities neighbors that many would not see otherwise. The film is subtle, artful and sustains tension throughout the ten-minute running time, without devolving into melodrama. The criminal returning home is a common theme, but Castillo and the filmmaking team place it in a local and compelling context. The question lingers: Is Sharif involved with gang violence or is it something more international? 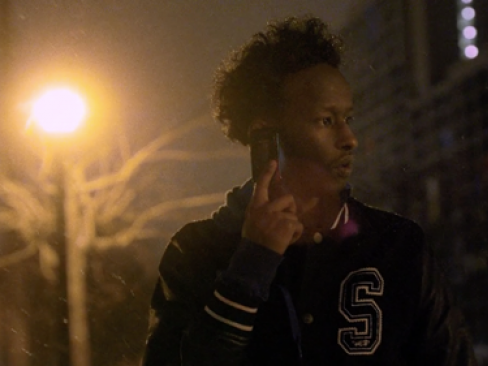 Castillo wants to develop Neighborhoods into a full feature film, with this short being a sort of preview of the longer project. The film makes it clear that his team can do a lot with a fairly small budget, and I expect that within a few years there will be feature length project that has this film as its origin.

Neighborhoods is screening as part of the Relationship Exchange program on Sunday, October 5 at St. Anthony Main Theatre. Within the program are several international films that deal with particulars of human relations. Films in this selection range from animation, to science fiction and comedy. MUFF always offers an eclectic mix, is this Sunday afternoon program is no exception.

MUFF is the local home for films that don’t easily fit into other festivals for one reason or another. This isn’t because of a lack of quality, though, as almost all of the films have pretty high production value for their humble origins. Some interesting highlights include March of the Gods, a documentary about heavy metal in Botswana, NaS: Time is Illmatic, a documentary about the hip-hop artist, Bag Boy Lover Boy, a late-night transgressive mix of horror and commentary, and This is Not Happening, a British film that follows the drama that unfolds when a family member returns from a long stay in Morocco.