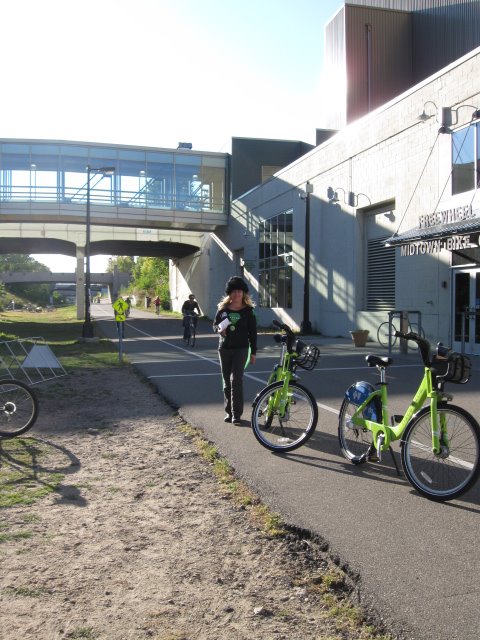 Imagine stepping off the train at the Lake Street/Hiawatha station and boarding a street car to travel along the Midtown Greenway to Lake Calhoun and beyond. What would you like to see and do along the way? Perhaps stop for a bite to eat? Visit some artists’ studios? Or listen to music in a public plaza?

This Saturday morning you can share your ideas and brainstorm with other residents about public improvements and transit options along the Greenway. The event, hosted by Midtown Greenway Coalition, is called Making Places in the Midtown Greenway: A Visioning Workshop.

The Coalition and Midtown Community Works Partnership, a public-private partnership formed to guide the redevelopment of the Midtown Greenway-Lake Street corridor, will give a brief presentation on a proposed streetcar line along the Midtown Greenway. Participants will discuss ideas for creating public spaces and streetcar stations along the Greenway and Lake Street.

The Coalition has proposed a streetcar line to run in a “turf track” parallel to the bike/pedestrian trail. The streetcar would connect the existing Hiawatha line to the future Southwest light rail line, creating a regional transportation network.

The Metropolitan Council had proposed building a busway along the trench, which the Coalition opposes. Metro Transit has received federal funding to complete an Alternatives Analysis study for the Midtown Corridor that will review various options for transit improvements between the two rail lines.