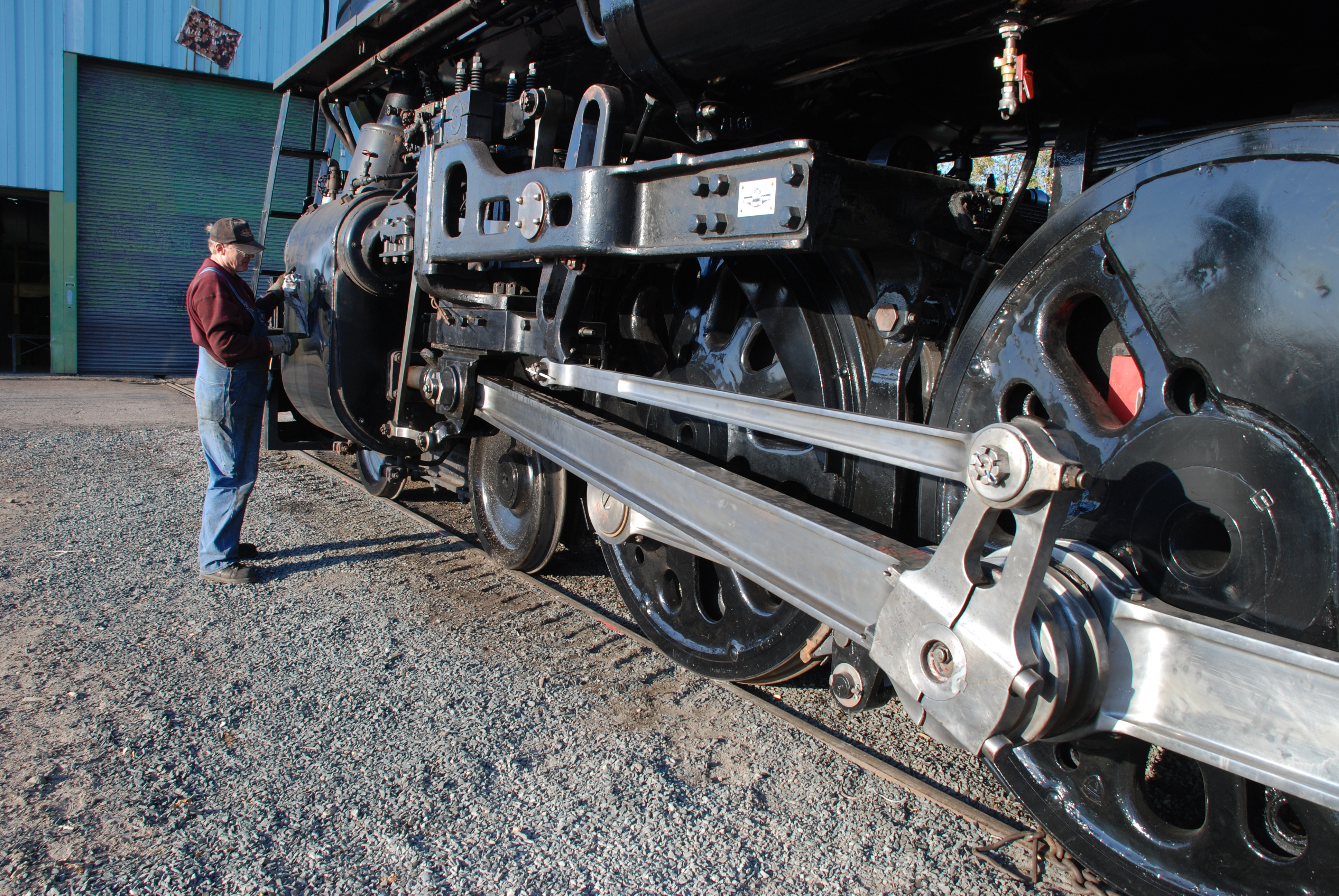 A volunteer inspects the horizontal piston that drives one side of the locomotive. Below: home of the 261 in the Harrison Street yard in Northeast Minneapolis. Photos by Bill Huntzicker.

Celebrate the return of steam to the Northeast Minneapolis railroad yards at 5 p.m. May 10 with the restoration of a 1944 Milwaukee Railroad steam locomotive.

The public is invited to view the exteriors of the newly rebuilt Milwaukee Road engine No. 261 and restored passenger cars that will leave the following day on an excursion to Duluth and the Lake Superior Railroad Museum. (The excursion has been sold out.)

About 1,000 volunteers contributing 30,000 hours and $1 million helped restore the train since it pulled its last excursion in the fall of 2008. Virtually every part of the engine has been rebuilt or inspected.

“Instead of a bottle of champagne, we will christen the engine with a bottle of water from Minnehaha Falls—a 100-year Milwaukee Road tradition,” said Steve Sandberg, chief operating officer of the Friends of the 261.

The locomotive has also been upgraded with controls to allow this steam engine to also drive attached Amtrak diesel engines and a radio to communicate with the BNSF and Amtrak.

The celebration will be at the train shed at 401 Harrison Street N.E. in Minneapolis. To get there turn north from East Hennepin on Harrison or north from Central on Spring Street Northeast and right on Harrison. The shed sits in a triangle created by the tracks of three mainline railroads.

The event will also celebrate the 144th anniversary of the driving of a golden spike on May 10, 1869, where the Union and Central Pacific railroads joined their rails at Promontory Summit, Utah Territory.