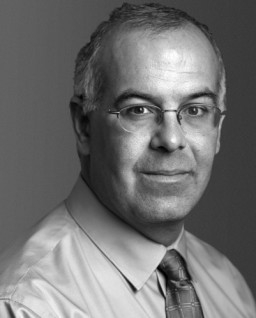 I always mean to incorporate more artsy, thought provoking and engaging events into my life. Somehow, though, the attention to this desire slips away with the other little obsessive indulgences I partake in rather too frequently.

A friend suggested that I attend the David Brooks event with her at the Westminster Presbyterian Church in downtown Minneapolis. Although I’ve walked by this church many times during my law firm stint downtown, I’ve never actually been inside.

David Brooks was funny and insightful. I quite enjoyed his reminders about how important it is to tap into our emotions. As humans, we always want to “quantify” and rationalize everything – we forget to listen to our inner voice and how things actually make us feel. Oh how very true.

I walked away remembering two stories that particularly resonated with me. He talked about the quintessential decision making tool: the coin flip. When we can’t decide anything we say to ourselves, “Ok heads up yes, tails no.” Decision made. However, what we should zoom in on is our reaction to the result of the coin in our palm. Did it give you a sinking feeling? Why? Perhaps our gut tells us more than we think.

His story about self control was also an interesting one. He talked about this study where experimenters put an oreo cookie in front of a child. They tested multiple children and put them in different rooms. The experimenters told the children that if they could hold off for a certain period of time without eating the cookie, then they would come back and reward them with two or more. When the experimenter left the room, the children were filmed. The interesting part is what some of the children did to not succumb to temptation – one child was banging her head against the table, while others employed all sorts of tactics to make the time pass away and distract themselves from the cookie. Of course there were other children who simply could not resist. The take away was this: those children who were able to exhibit self control eventually led productive lives; those who could not had a higher rate of substance abuse or other addictive behaviors. Wow. I never really understood the importance of teaching children self control until this telling story. It all comes down to discipline. Hence, that’s what they say right…if you want to become a recognized expert all you have to do is put in 10,000 hours into your area of study. If only I could keep at one thing for 10,000 hours. Take working out for example, I could be a recognized fitness expert like Gillian Michaels. On a side note, I wonder how many of those children who gave into temptation are also above their recommended BMI. That only makes sense, right?

The Westminister Town Hall Forum is something that I would like to add to my list of intentions. Go to http://westminsterforum.org/ if you want to stay connected with future speakers. You can also like them on facebook.