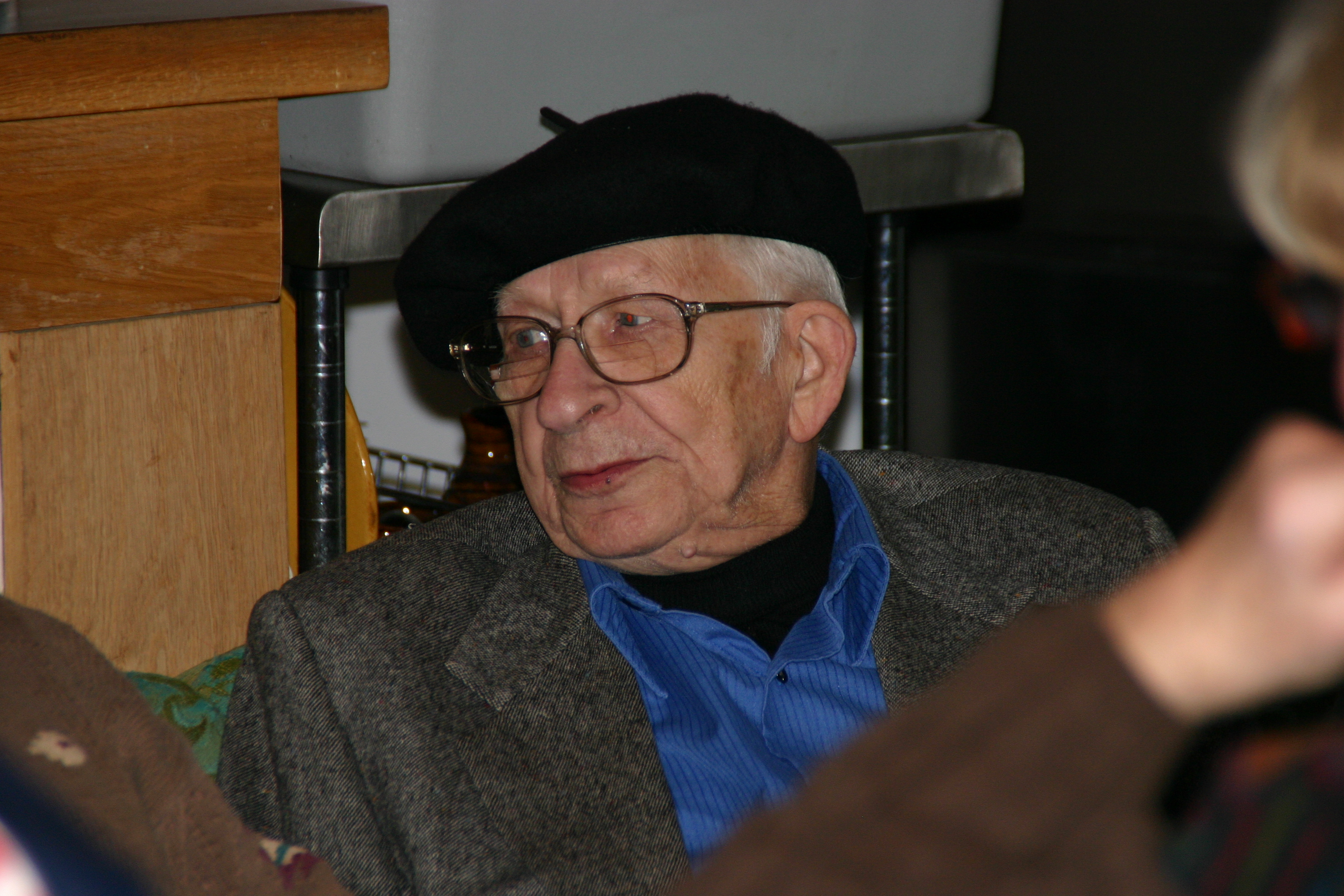 When you first meet Doug Davis, he’ll most likely introduce himself as a “union goon and a political hack.” That may tell you a little bit about Davis’s passions, but it doesn’t tell the whole story.  Davis, currently an Audubon resident, spent his entire life in Northeast, except when he was overseas. Needless to say, he has seen a lot of changes in what he refers to as his home for the past 91 years.

Davis was born in 1920, the sixth of eight children, in a small “shack” located in what was once Liberty Heights. That neighborhood is now called “Waite Park.”

During Davis’ childhood, an 80-acre farm occupied the space where Waite Park School now stands; only 16 homes existed in that area. There were no sewers or water, and the street cars ended at 33rd & Johnson.  Davis remembers only two automobiles in Liberty Heights:  a Model T Ford and an Essex.

“Civilization ended after 33rd,” he recalled.

The roads, gas, and sewer were finally put in during the 1930’s.

One of Davis’s favorite pastimes as a child was going to the Hollywood Theater. It was a big deal to those living in the area. and Davis used to walk there from Liberty Heights.

“Thursday was dish night. Housewives would get a dish. That’s when the Ladies showed up.  Saturday was cowboy movies,” he said.

Davis has been an active Northeast resident all his life.

“I am parochial minded,” he said about his decision to stay in Northeast after returning home from World War II.  His mother and extended family and friends also stayed in Northeast.

“I had loyalty to the school system. I had a good education.”  He attended Northeast Schools:  Alice Cary, Edyth Cavell, Thomas Lowry, and Edison.

“Many teachers lived in the NE area, too.”  Davis recalled how his eighth Grade History teacher, Mrs. Florence Gustavson (Gusty), sent letters from her class to Davis when he went into the service.

Davis attended the University where he majored in History and Education. He obtained an MA in 1951 in Economics and Curriculum Instruction.

He bought a home in NE, where he raised four children and spent 30 years teaching – the majority at South High School. Davis also coached debate, cross-country, and led drama and student council.  He became an active labor union member and was elected to the Executive Board. He served as a delegate for 25 years and began lobbying in the 1950’s, where he continued until he retired last year.

After retiring from teaching, Davis continued to stay busy lobbying and volunteering at Mt. Carmel Lutheran Church. He currently serves on the board for the Northeast Senior Resource Center and has held every position there.

He speaks of his Northeast home as, “a solid working class community. There’s no pretension. Young people are moving back into the neighborhood and acquiring the Northeast ideas of hospitality and grassroots.”