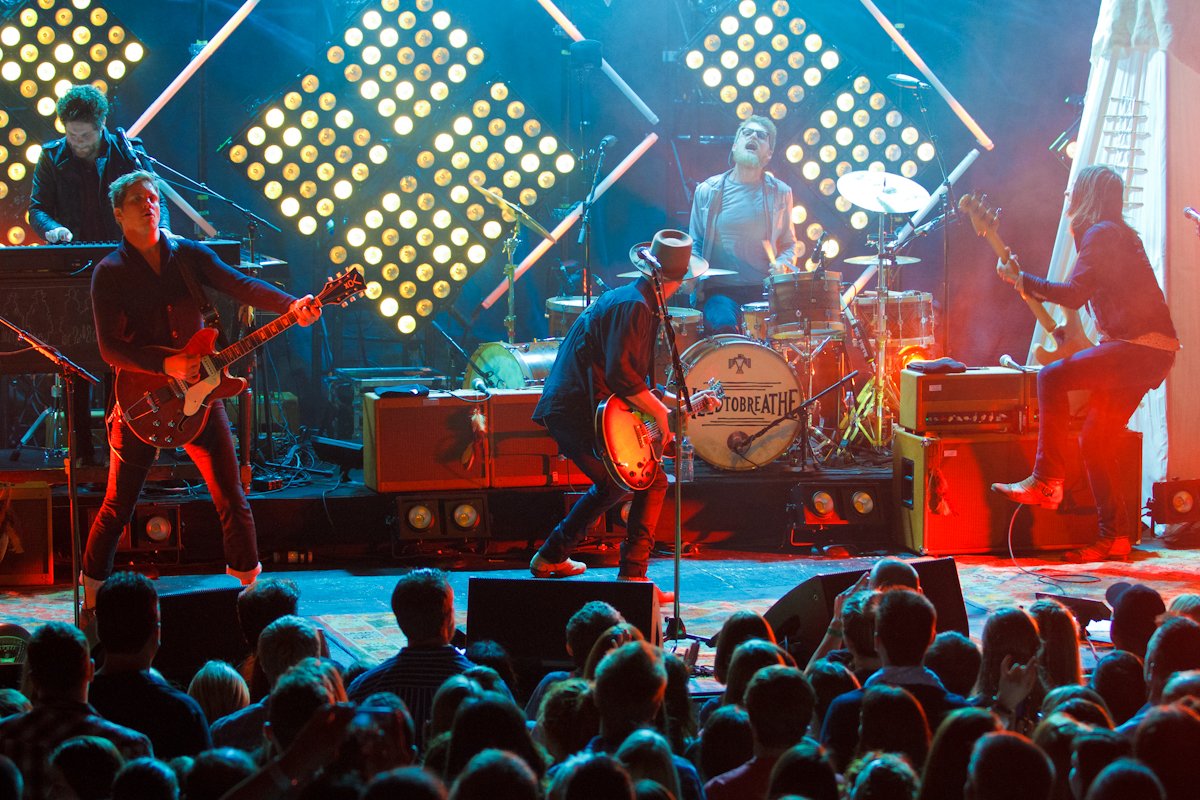 It’s so good to see a hard-working rock band like Needtobreathe gaining momentum as they are out touring to support their fifth studio release Rivers in the Wasteland. In fact they did double duty on their June 12th return to Minneapolis playing a promotional set for Cities 97 prior to their full concert at the Skyway Theatre. The substantial line of ticketholders that would soon pack the venue was a diverse mix of young and middle-aged fans who were already aware of what this band is capable of bringing to the stage.

Drummer Randall Harris kicked a powerful steady beat on the new track “Feet, Don’t Fail Me Now” to start the performance out with a fresh new sound. Bear Rinehart’s unmistakable vocal led the charge and immediately commanded everyone’s attention. Without hesitation, Rinehart’s brother Bo strummed a one, two guitar riff that gained momentum like a freight train leading into “Oh, Carolina,” a toe-tapping ode to the bands hometown. As the tune broke down, Bear encouraged the crowd to let loose saying, “I think you’re going to leave here sweaty no matter what happens,” a perfect lead in to the evening’s first extended jam, one of the groups greatest strengths.

The pace slowed a bit with “Difference Maker,” which is on the new album but not new to their live shows. Listeners began to groove again on “Wanted Man” and were jumping about as the catchy banjo melody setup “Drive All Night.” The band changed direction a bit and demonstrated range with a snappy honky-tonk piano that had fans dancing to “Girl Named Tennessee.” The last half of the set was peppered with other standouts including “Down by the River” and “Eyes Wide Open.”

Bear took a moment to describe how just a year ago the band was in turmoil and the new album process led them on a path to remembering family is the most important thing. It was the story behind what inspired the last track of the song list “Brother,” which they performed in dramatic fashion totally acoustic without microphones. There was a multi-song encore that included one of their best tunes “The Outsiders” which by itself fulfilled Bear’s earlier promise that people would leave the show sweaty.

Supporting artist Foy Vance established new fans with a heartfelt set that was full of humor and personality.