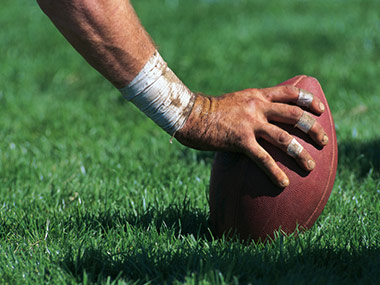 If pull tab revenue does not increase, it may be deemed necessary to reassess the current structure of public funding for the new Vikings stadium. Should that come to pass, stadium funding proponents like myself will have to once again make the case for the stadium as advancing the public good. If we are going to do so successfully, we need to do one thing. Do not mention football.

Come again? Isn’t the construction of a football stadium all about football. Yes, it is. However, public funding for such a project is rooted in something far broader and more important. If we do this right, we will not simply rebuild the stadium; we will green and re-develop the surrounding area, using public funding to leverage private investment.

This is not a football story. This about boosting an underutilized part of the city’s economic potential. As my city planner father likes to say, the area around the “Dome looks like the site of an alien landing that killed everything in its path.” As an illustrative exercise, start downtown and walk east down 3rd Street. At a certain point, the skyscrapers fall away, and you are suddenly surveying what appears to be an Eastern European ghetto. With the redevelopment of that hideous facility, we have the opportunity to create jobs, spur investment, and connect the beauty of the rest of the city all the way up to the North Loop. Some will inevitably say that this is diverting funding away from important causes like education. However, we ought to remember that growing the tax base of the city ultimately benefits MPS.

No, this is not about corporate welfare. It is about a young woman (or man) who feels safe walking down 3rd Street for the first time ever, enjoying well-lit, tree-lined sidewalks, complete with sidewalk cafes. It is about the construction worker who gets a job building the stadium and puts food on the table without public assistance for the first time since 2007. It is about a city that invests in itself and rights one of the worst architectural blunders in our history.

The next time the legislature addresses the issue of stadium funding, let’s not rally around our football team. Let’s rally around a vision for a safer, more prosperous and beautiful City of Lakes.