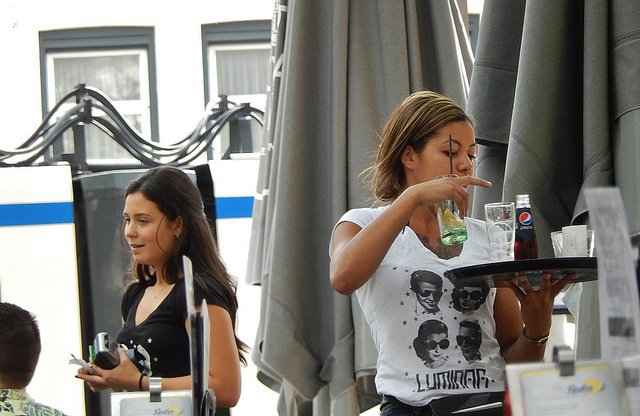 A new study this week from the Institute for Women’s Policy Research shows that more than a third of Minnesota’s workforce still lacks access to paid sick days.

The study, which gathered and analyzed data from government surveys like the 2012 National Health Interview Survey and the 2012 American Community Survey, revealed that 41 percent of Minnesota’s workers lack access to paid sick days. According to the report, low-income workers, part-timer workers, Hispanic workers and service industry workers have the lowest access to paid sick leave in the state.

Milli said the data they analyzed revealed large disparities between different occupations and categories, with service industry workers having the lowest rate of access.

According to the study, only 35 percent of service industry workers in Minnesota have paid sick day benefits, while 84 percent of workers in computer, engineering and science fields have access to paid sick days. The management, business and financial fields also share high rates of access with 80 percent of those workers having paid sick leave benefits.

Service industry jobs include ones like food industry, daycares, and personal service and accommodation jobs, Milli said, which is particularly problematic when it comes to lacking paid sick leave benefits since those workers are the most likely to spread illness.

“Not only do 40 percent of workers in general lack access [to paid sick leave],” she said. “But those workers who lack access are predominately workers in service occupations with frequent contact with the public.”

It’s common that service industry workers come into the workplace sick, she said, because they can’t afford to take the day off, and it puts their customers and other employees at risk of getting sick too.

Milli said that many of these observations are closely tied together. Service industry workers, for instance, are typically part-time workers as well, she said.

Increasing access to paid sick leave could be beneficial to everyone, Milli said, beyond just reducing the spread of illness. Workers who have access to paid sick days also tend to recover more quickly, she said, and return to work faster and healthier.

For businesses, they have fewer workers who are sick and fewer workers coming in sick and performing below par, she said. It can even reduce employee turnover rates, she said, since employees with access to sick leave tend to be happier than those without.

Paid sick leave benefits also prevent parents from having to choose between staying home to take care of a sick child and making a day’s work of pay, she said, which disproportionately affects low-income families more.

“It seems pretty common sense to say that having paid sick leave would promote public health, and yet we still have 41 percent of workers who don’t have this benefit,” she said. “I think this is one of those things we really need to start pushing for.”