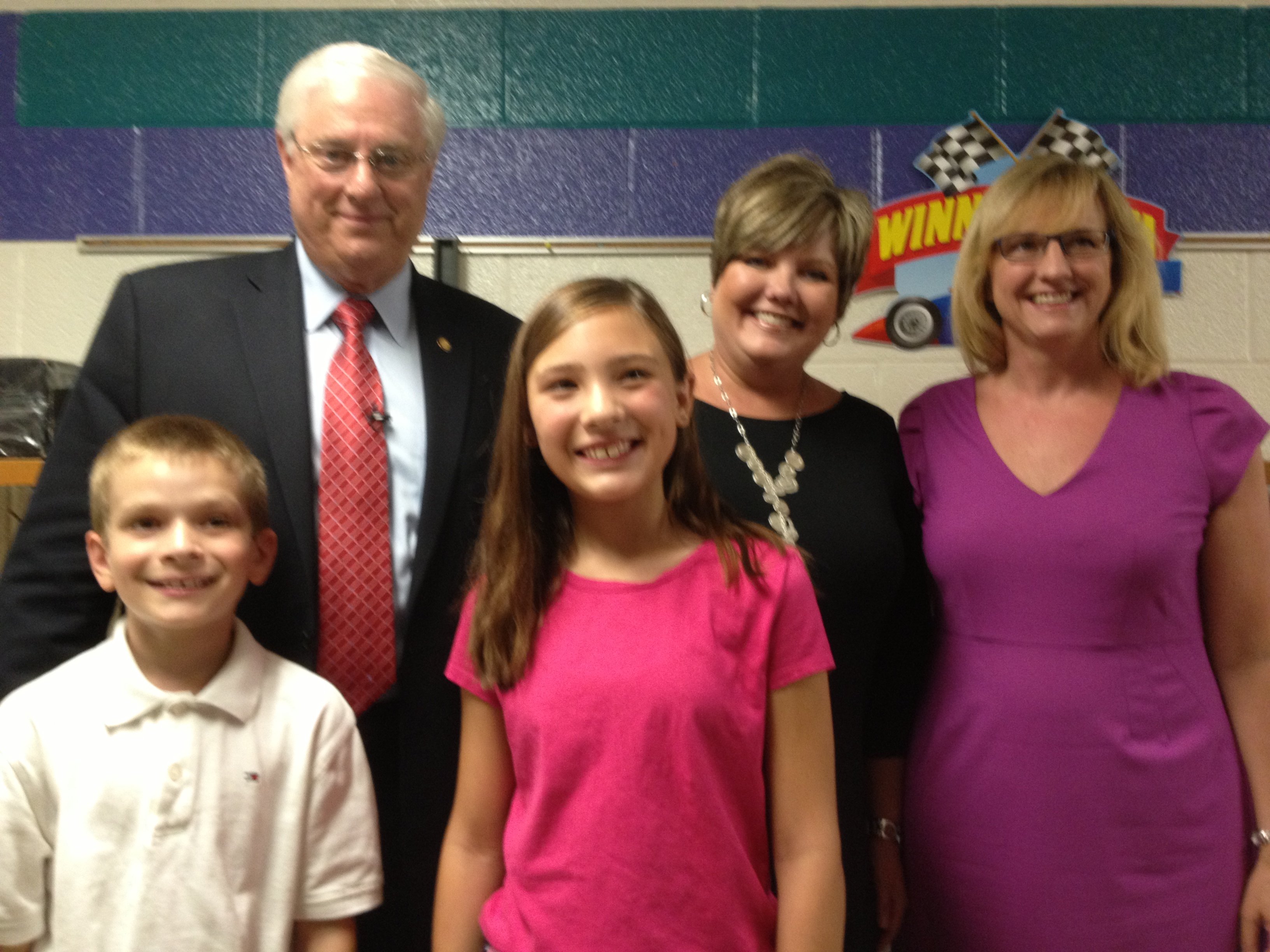 National Education Association President Dennis Van Roekel’s recent visit to Bloomington highlighted the potential of more funding for early childhood education. Perhaps unexpectedly, the visit also highlighted possible problems.   Although it may not have been part of the “script”, the visit clearly highlighted the importance of listening to and learning from people who work day to day with students and families.

Van Roekel and Specht praised the Minnesota Legislature for providing more than $100 million in additional funds for all-day, every-day kindergarten, as well as to serve more 3- to 4-year-olds. Van Roekel explained, “The best day to plant a shade tree is 20 years ago. The second best day is today.” He and Specht stressed extensive research supporting high-quality early childhood programs.

Hillcrest Principal Paul Schullo was asked if the school had formally studied the impact of their early childhood programs. “Not yet,” he replied, adding, ”We need to.” Both union presidents recommended researching and sharing results with the public and policy makers.

Bloomington and other districts with early childhood programs may want to contact the St. Paul Public Schools, which has done formal (and encouraging) studies of their early childhood programs. Districts also might contact University of Minnesota professors Arthur Reynolds and Judy Temple, nationally known authorities in this area. They are widely recognized for careful, unbiased research. (More information is atwww.cehd.umn.edu/icd/faculty/reynolds.html.)

Recently, I asked Reynolds for his priorities in funding early childhood programs. Before Gov. Mark Dayton’s suggestion to spend more and legislature agreement, Reynolds, in an email, recommended that: “Public funding for preschool to third grade programs should be a high priority and should take precedence over full-day/every day kindergarten. High quality and accessible preschool/prekindergarten and full-day kindergarten, however, are critical elements of the pk-3 continuity system. The system should be worked on together. … any weak link in the system during these ages will hinder children’s school progress. The current gap in pre-k access in MN compared to other states in the Midwest is worrisome as is that for full-day K.”

The legislature funded all-day kindergarten. Despite Reynolds’ advice and some increased funding, thousands of youngsters from Minnesota low-income families still don’t have access to high-quality early childhood programs.  This should be a top priority for the 2014 Minnesota Legislature.

Teachers raised several issues during the visit that need attention. Rachel Biggs, a Hillcrest reading and math intervention teacher, explained: “We can tell the difference between students who attend district and other early childhood programs. Students who attended district programs often are better prepared.”

Anne Roush, a kindergarten through fifth-grade physical education teacher, noted two issues as early childhood and all-day kindergarten expand in the district: finding space for the programs and working out staffing, including preparation time issues.

Les Fujitake, Bloomington’s thoughtful and open-minded superintendent, responded and acknowledged these concerns. He explained that the district had a task force working on them.  Fujitake is the kind of person who listens to, and acts on reasonable concerns.

Van Roekel’s visit was designed to highlight early childhood and other issues (which I’ll discuss in future columns) and to generate positive publicity.  It also was another reminder that visiting schools and listening to teachers, parents and students is a great way to understand both the progress and possible problems that well-intended, research-based changes can produce.  These problems often can be dealt with. But they need to be understood.  That’s why it is wise for people like Mr. Van Roekel, and US Education Secretary Arne Duncan, who also has visited Bloomington to not only visit but listen to parents, educators and students.