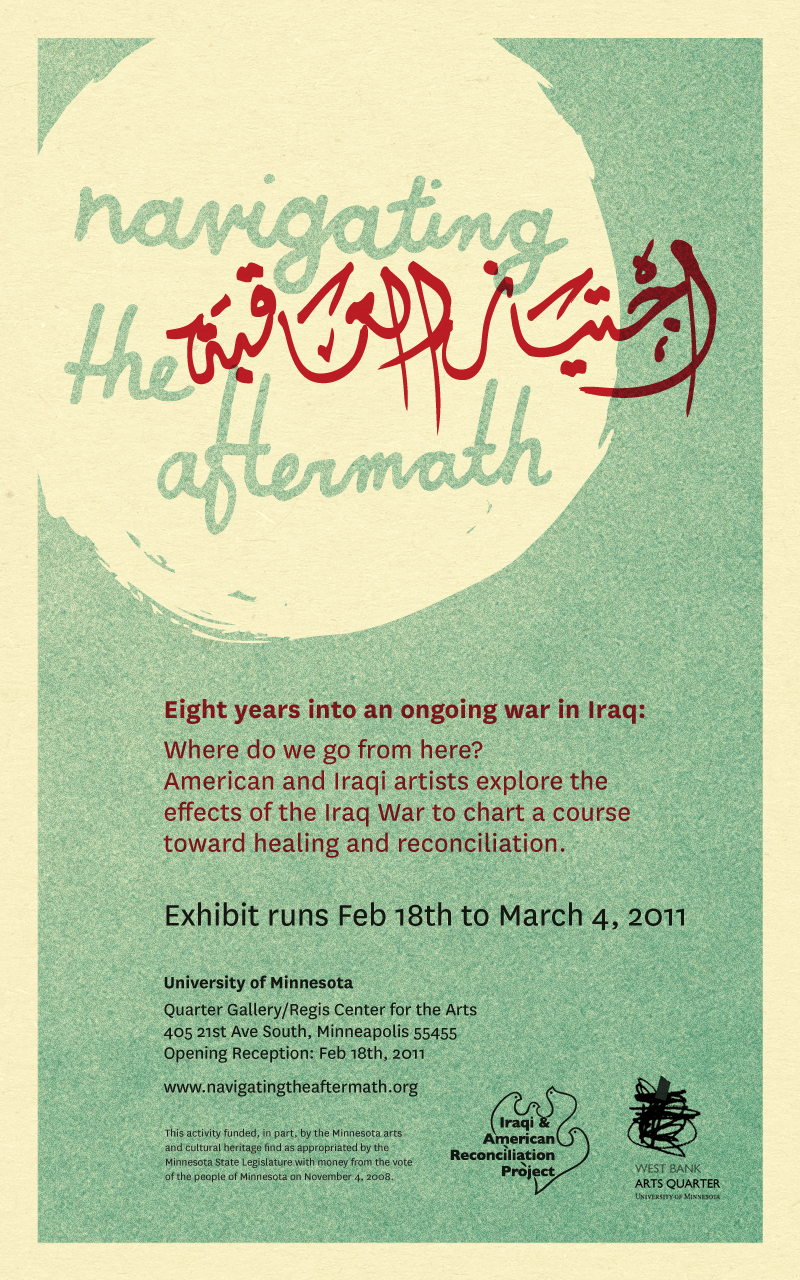 In a recent Oval Office address, President Obama marked the “end” of combat operations in Iraq: “We have met our responsibility. Now, it is time to turn the page.”

Not so fast. Unfortunately, the Iraq War has etched itself onto our two countries’ histories: more than 4,400 Americans dead; at least 100,000 Iraqis dead; more than 32,000 Americans wounded; at least two million Iraqis forced to flee their country. It is difficult to comprehend such calamity, much less process, file, and forget.

In the U.S., blame and guilt over the disaster have contributed to political paralysis and cultural division that will not pass quickly or easily. Frank Rich reviewed Obama’s speech in the New York Times: “‘Our unity at home was tested,’ (Obama) said, as if all those bygones were now bygones and all the toxins unleashed by this fiasco had miraculously evaporated once we drew down to 50,000 theoretically non-combat troops.” Before we can banish the war to the forgotten past, we must first stop to be present with its tragedy. We must first take a long, hard look at the war’s toll and its political and cultural enablers-and then begin to repair and reform.

Art offers one way to be present with war and its realities. In the upcoming Minneapolis exhibit, Navigating the Aftermath, Iraqi and American artists (including veterans of the Iraq War) will explore the effects of the ongoing Iraq War on our two countries. Artists will look at the war and its effects through the lens of their personal experiences. In their individual works and in their dialogue, artists will interface with the tragedy of the ongoing war.

While the Iraq War continues, Navigating the Aftermath will look forward and create serious reflection and discussion about what the war has done and is doing to the United States and Iraq. Minnesotans and Americans have seen a small part of the tragedy of war through news and images, but Navigating the Aftermath will allow Americans and Iraqis to take a step back and look at the collective and long-term effects of the war and how both countries might start to move forward toward a more peaceful future.

The show’s curator, Tricia Khutoretsky, says, “From the American perspective, the artists are veterans, friends and family of soldiers, or those closely tied to the war through activism. As the artists’ battle with ignored and misunderstood experiences, with sharing them to try to make sense of them, their voices speak of lives changed and lives taken in a faraway place called Iraq. Joining the American artists are not only artists living in Iraq, but Iraqi-Americans who have left the place they once called home. The artists represent the voice of a contemporary and modern Iraq, hopeful and invested in the future of their country. They confront their losses and the path ahead searching for meaning and a new understanding of the identity of an Iraqi and the identity of his or her country, whether viewed from afar or from within.”

Although the term “reconciliation” is ambiguous, it is perhaps an apt descriptor for what our two countries now need. It is a fundamentally relational term; it is about repairing broken relationships. It starts with acknowledging our responsibility for the war’s toll, and then responds with bold action. The organization I work for, the Iraqi and American Reconciliation Project (IARP), provides opportunities for such action, including partnering with Iraqis to install water sanitation systems at schools in Iraq or supporting Iraqi artists and peacemakers, such as the Muslim Peacemaker Teams. This work is rooted in hope for a more peaceful future and in lived experiences of lives changed.

Reconciliation is not a quick fix, because the legacy of war defies quick fixes. Another artist from “Navigating the Aftermath” writes that her work in the exhibit intends “to visually return the war to the forefront – to portray a communal sense of loss, ambiguity, and sorrow.” As Americans, we will be unable to “turn the page” on the Iraq War until we begin to live honestly with that loss and sorrow, repair our relationship with Iraqis, and reform-with a resolve born of war’s human tragedy-the cultural and political systems that enabled the Iraq War.

For more information on Navigating the Aftermath and an event calendar, visit http://navigatingtheaftermath.org.

This activity is made possible, in part, by funds provided by the Metropolitan Regional Arts Council (MRAC) through an appropriation by the Minnesota Legislature.