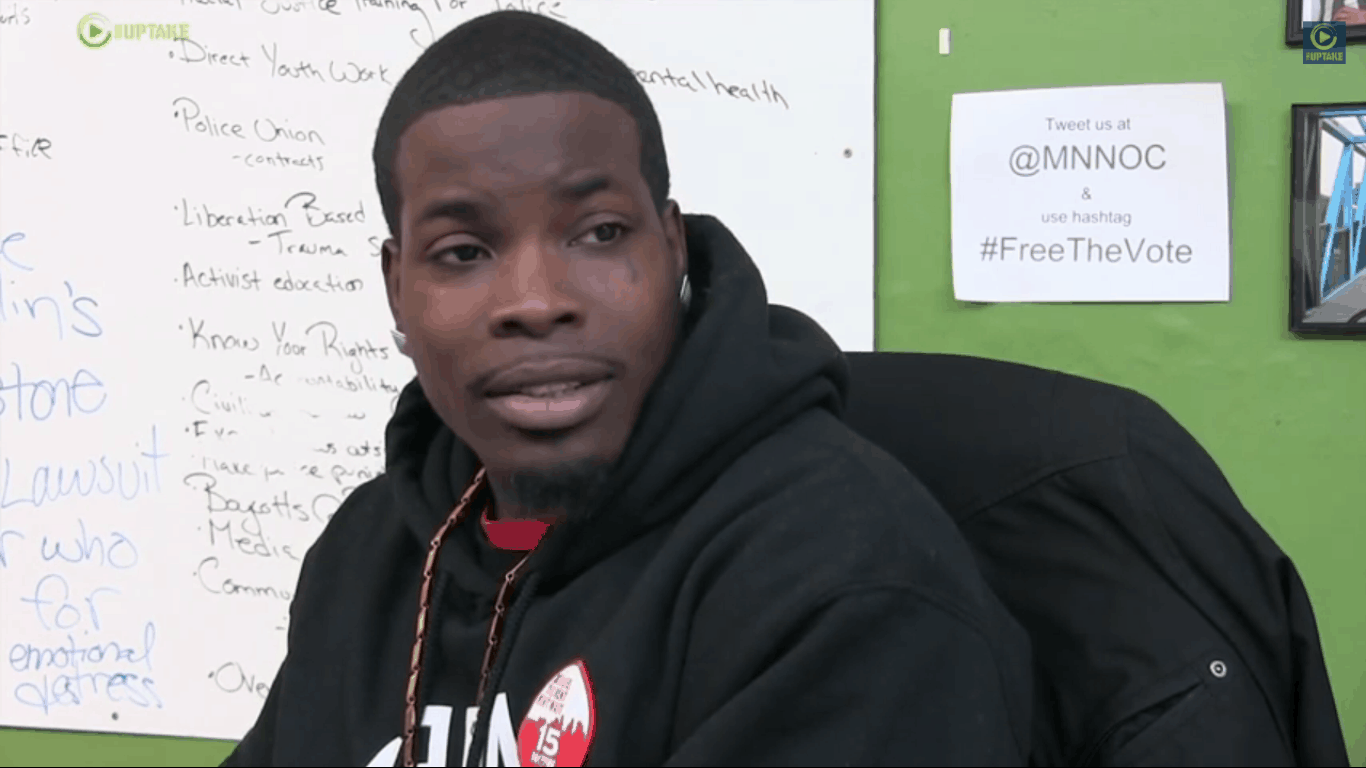 Navell Gordon became famous when KSTP-TV blurred his face in a photo where he was standing next to Minneapolis Mayor Betsy Hodges and broadcast it because police said the two were flashing gang signs by pointing at each other. Social media dubbed the story #Pointergate. Gordon says he is not a member of the kind of gang KSTP-TV insinuated he belonged to. “I’m a member of the NOC gang,” he says with a laugh. “Knocking on doors, and organizing and getting more people involved.”

Gordon works for Neighborhoods Organizing For Change, a group that was doing a get-out-the-vote drive when the mayor and he posed for the picture that was posted on social media.

“I was very surprised,” says Gordon when Mayor Hodges personally requested that he go canvassing with her. “I’m really proud of myself and the mayor’s behind us 100 percent.”

“This Pointergate stuff all happened so… I’m just taking it one day at a time. I’m still living life. I’m still doing what I’ve got to do. I’m staying positive.”

Gordon himself can’t vote, yet. He’s still on probation for a felony. “I can’t vote right now, but I’m still fighting and trying to be a vote for my next president.” But he spreads the word about how important voting is.

“Some people never thought they could vote at all…50, 40 years old,” says Gordon.

Gordon was part of a crew that knocked on more than 55,000 doors and pledged more than 17,000 voters, “totally blowing our goals out of the water even in spite of the police harassment our staff was enduring on a daily basis,” said Becky Dernbach, Communications Director for Neighborhoods Organizing For Change.

Some of that harassment was targeted at Gordon. He says a police officer “grabbed me and slammed me” while he was carrying a clipboard in a Cub Foods parking lot asking people to pledge to vote. “He said I was resisting arrest.” Gordon says the trespassing charge from that incident was recently dropped.

The canvassing work Gordon and others did could be seen on election day. Voter turnout in the areas Gordon’s crew targeted was up 7%. Statewide voter turnout was down about 5% from the last non-presidential congressional election.

Gordon just became a father of a baby girl. He’s been going to class to learn how to work in social change movements. With election season over, he’s focused on police brutality and holding police accountable for their actions.