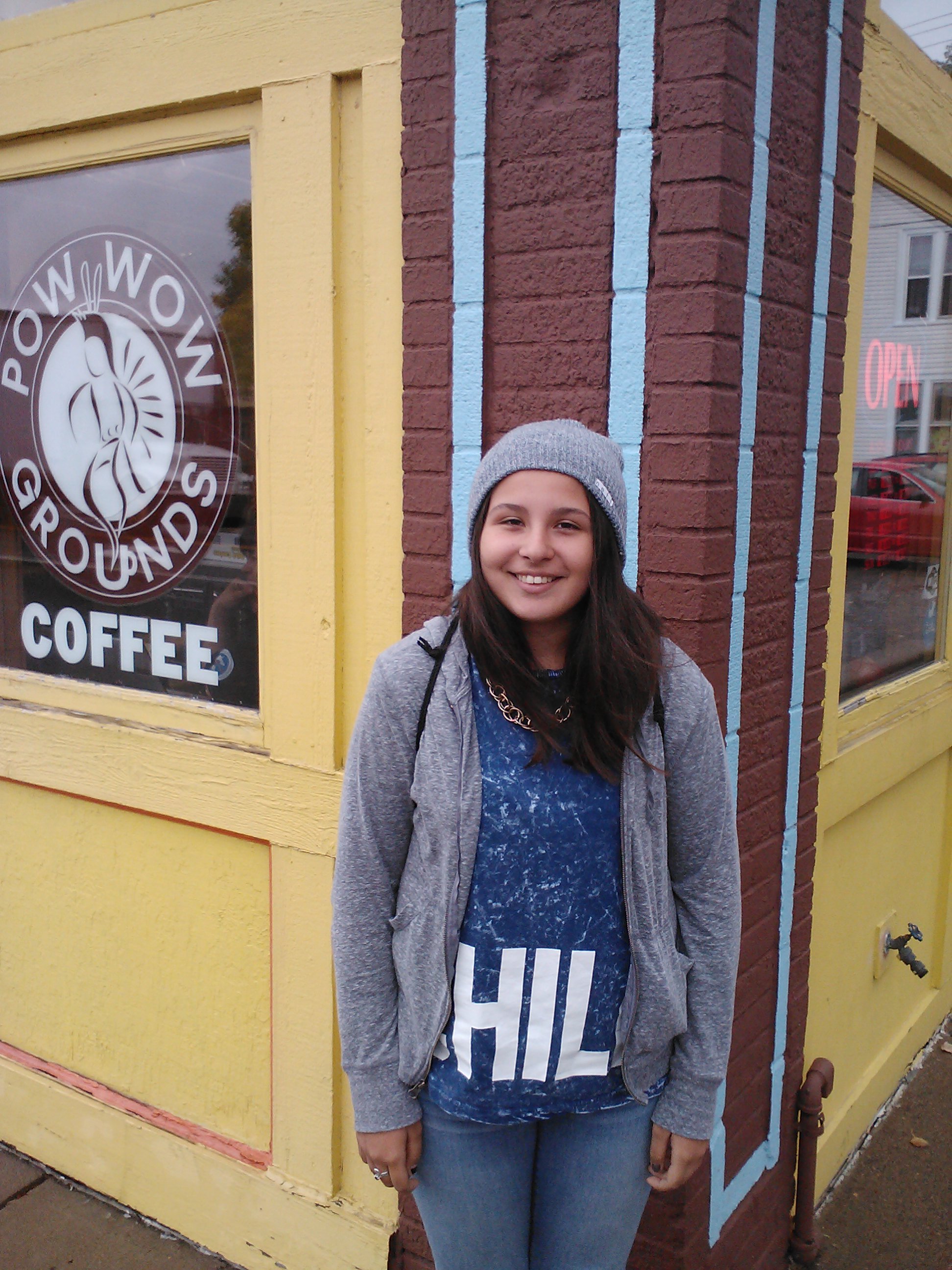 Guadalupe Thornhill, an Ojibwe youth from Saint Paul, hears many stereotypes about youth like her. These stereotypes tell her that Native youth drop out of school, do drugs, live only on reservations, and get rich from casino pay-offs.

“Not every Native American thinks about things in a certain way – look at me,” she said. “I’m a Native American and I’m not living on a reservation or getting money from a casino.”

Guadalupe, who goes by Lupe among family and friends, is hardly alone. According to data from the US Census Bureau released this year , more than seven in ten Native Americans live in urban areas and 27% of all Natives nationwide live in poverty.

Another prominent stereotype about urban Native Americans is that they retain little connection to their cultures. Lupe, however, is an avid seamstress and has just finished designing and sewing her own powwow regalia. She actively participates in powwows in the cities and has been fancy shawl dancing since she was five years old.

“I’m an elderly teenager,” she joked about her many years of powwow experience.

Lupe said that powwows aren’t just about dancing – they are also a place where the community can bond and often feature booths with information about modern Native life and culture.

“Powwows bring everybody together – it’s a really happy time,” she said. “I think even by just observing a powwow, you can learn so much.”

But, from Lupe’s experience, not everyone takes the opportunity to learn more about Native cultures at powwows.

“I was at a powwow on a college campus and a bunch of college kids asked me why I wasn’t wearing feathers, she said. “I said, ‘Well, you have to get the feathers or earn them – it’s not just something you automatically have.’ They said, ‘Oh, you must not be a full Native American, then.”

“A lot of the stereotypes that people have about other cultures come from the media,” she said. “I’ve noticed that a lot lately with Native Americans and old Westerns.”

She said that these same stereotypes are often perpetuated in our education system, which presents a Eurocentric view of history.

“[In our textbooks], there is a lot about Europeans, but I feel like people don’t really get in-depth about Native Americans. It’s just, ‘Oh, it was the Native American’s land,’ and that’s the main thing they focus on,” she said. “They don’t focus on how we had to migrate and hunt and the culture.”

In the media, everything Lupe hears about her cultural and ethnic identity is negative.

The culture of bullying in schools is something that Lupe hopes to take action on this year through her involvement with the Minnesota Youth Council (MYC). Founded in 2005, the MYC is a group of 72 youth and adults from each of the eight congressional districts across the state. The group creates spaces for youth voice and innovation in the arenas of policy, education, philanthropy, and community action through special events. As part of her work on the education committee, in partnership with the Minnesota Department of Education (MDE), Lupe hopes to combat many of the social factors that cause the bullying and harassment she has observed and experienced in school.

Lupe thinks too much emphasis is put on what adults should do about bullying instead of recognizing that youth have the power to change the climate of harassment, too. During the MYC’s orientation retreat in mid-September, she had a chance to meet with other youth on her committee to exchange ideas and plans.

Based on this discussion, the group is exploring the possibility of developing peer mediation or mentorship programs in schools.

Although adults are often expected to be the catalysts in shifts in school culture, it is increasingly clear that this isn’t the only avenue for change.