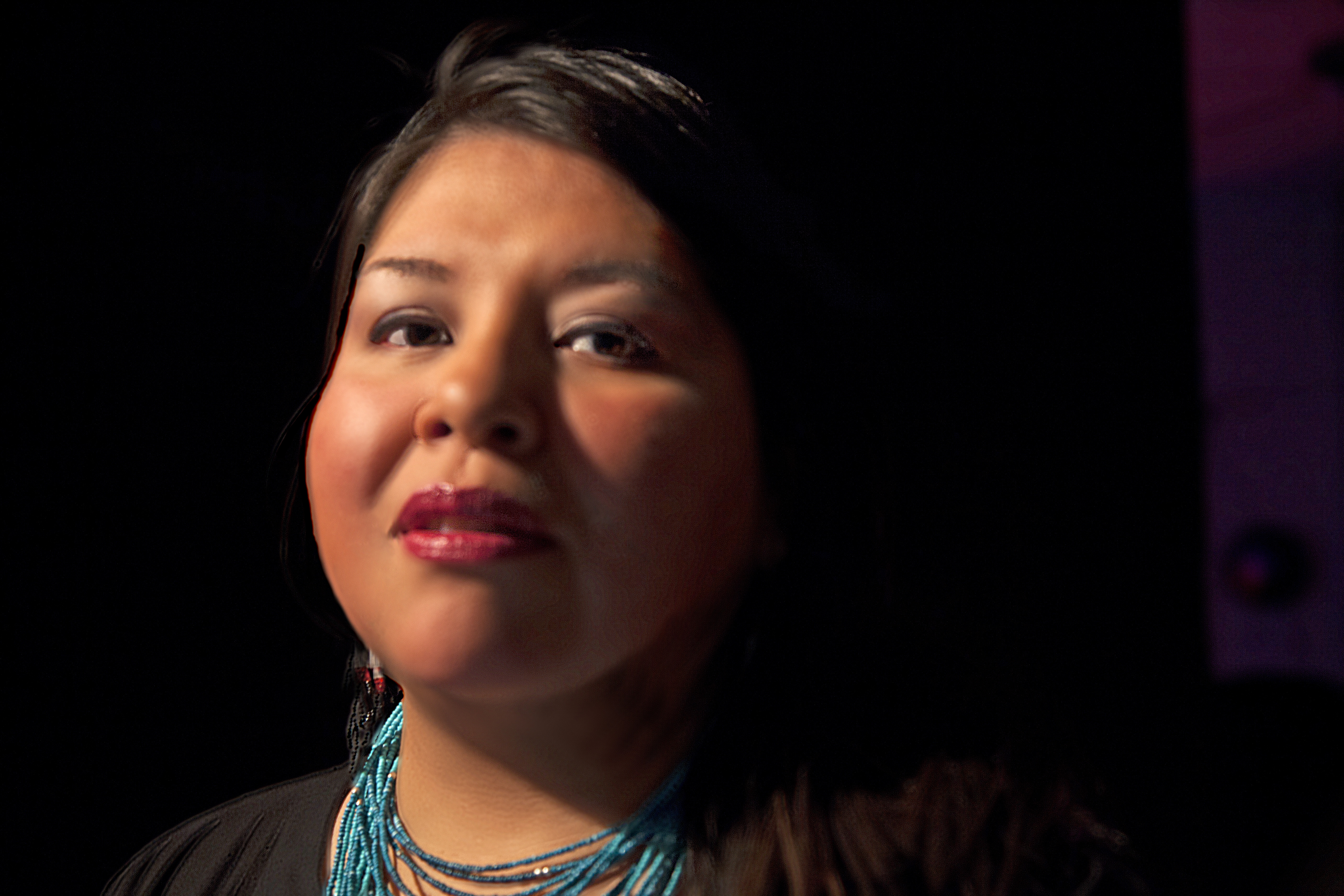 If you watched the Academy Awards recently, you may think that pretty much all movies are made by white men. Not true. Movies are also made by non-white women, including one whose name is…Whiteman.

Missy Whiteman is a Native filmmaker and educator in Minneapolis. She’ll travel this week to Austin, Texas to speak on a panel at the hugely prestigious film festival and conference South by Southwest (known to the initiated as “SXSW” in print and “South By” in conversation. Yes, you’re cool now).

I spoke with Missy about her work as she was getting ready to hit the road. She has some fascinating projects in the works, such as a mural and video project with Mexican muralist Gustavo Chavez Pavon. Follow her on Twitter to keep up with her work and to enjoy SXSW vicariously.

What’s your SXSW panel about?

It’s called “Training the Next Seven Generations of Storytellers.”

The next seven generations? That’s a tall order.

Native film is all about language and cultural preservation, and film is a great tool for working with young people. I see filmmaking as a spiritual process, where you’re carrying a message to other people. That message comes from prayer, from ancestors, from a place that we can’t see. We need to pass that message to the next generations.

Most of the panels at SXSW have titles more along the lines of “Audience Development with Open Web Technologies.” The word “spirituality” does not come up.

The message I want to make clear on the panel is that our youth have powerful stories to tell. This generation, people being born right now through people about age 20, are a special generation. They’re the generation that’s going to turn things around. They have powerful experiences to share with the world and we need to listen.

Not scary. We believe that they carry the spirits of the ancient ones. Working with Native kids in Minneapolis, I’ve learned that this is true. You might see them wearing gang colors, looking rough, and you think, these are just project kids. But when you talk to them about their thoughts, you find out that they have a deep spirituality.

Where do you teach?

Lots of places, both on reservations and in the city. This year I’ll be teaching video poetry at Ramsey Middle School, a class about truth-telling and sacred sites. Kids don’t know that we have so many sacred sites here in the Twin Cities, and how politics have affected those sites.

If by “affected” you mean “devastated.”

It’s important for people to know their real connection to the land. It’s the most important thing, really, knowing where you came from. My dad has an old attaché case from the 1920s, full of family photos, so I’m blessed to have a lot of stories from my ancestors. Such as my name, “white man.”

Well, I wasn’t going to bring it up.

My great-great-grandfather was white, and he was adopted into our tribe when he was around nine years old. He learned the Arapaho language and traditions. When his birth family came to take him back he was 14, and he told them he wanted to stay, that he was Arapaho now. He became a respected leader in our tribe.

Why did you become a filmmaker?

My dad is a visual artist and sculptor, and he taught me about art my entire life. When I was at Roseville High School, I didn’t fit in at all—we were the only Native family in town, and I was an artist with purple hair…you can imagine. Luckily, I got to go to Perpich Arts High for my junior and senior years. Sometimes I say that art saved my life, and Perpich was a part of that.

I’ve heard people say that before: “Art saved my life.”

It’s true. When I was a senior, my birth mom died from alcoholism, and I was struggling with a lot of pain, and I didn’t know what to do with myself. A teacher at Perpich, Karen Monson, told me to take these experiences and put them into my art work. To talk about difficult things through art.

I didn’t start making films till I was in my 20s. I’d always wanted to be a filmmaker—like, I’d walk through the playground when I was little thinking about how I’d film this scene: “Fade in on girl walking through playground,” you know? But I never saw any people of color in films or working on films. When Chris Eyre’s Smoke Signals came out, it gave me the courage to try filmmaking. I went to MCAD, and they really supported me in becoming a filmmaker.

What kinds of films have you made?

Short experimental films, narratives, documentaries. They’re mostly about healing, loss, and cultural identity. You can see my work on the Vimeo page for my company, Independent Indigenous Film and Media.

Right now I’m working on “Coyote Way.” It’s a series of short films about Coyote, the trickster, and about how tricksters teach us lessons. My dad and my son are in the film.

What’s that little whirligig thing on your Vimeo page?

It’s a whirlwind symbol. Our creation story is about a woman who brought the teachings and traditions to our people, and her name was Whirlwind Woman. I can’t use the real symbol because it has too much power, so this logo is an adaptation of a petroglyph. Symbols have life and carry spirits.