I had an appointment to do a video shoot for MinnPost last week in Owatonna, Minnesota, about an hour’s drive south of Minneapolis. My daughter Emily drove over from Rochester to have lunch with me and help me with the video. We had a little extra time after we ate, so we stopped downtown to see the beautiful bank designed by prairie school architect Louis Sullivan (with an amazing decorative scheme by George Grant Elmslie). 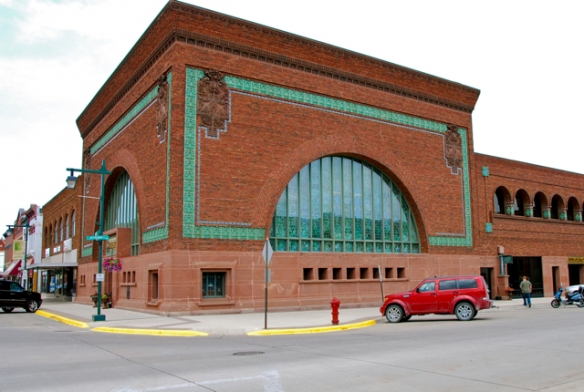 Elmslie, along with William Gray Purcell and George Feick, designed the house we used to own (see previous post) and I became more and more interested in prairie school architecture during the years we lived there. The National Farmers’ Bank in Owatonna has long been on my bucket list of architectural sites, but for some reason I’ve never gotten around to stopping in.

(Serendipity note: I started writing this a few days ago. Then I went out of town for a couple of days and awoke yesterday morning to see a photo of the interior of the bank in a Minneapolis StarTribune feature story about Adam Young of Owatonna and his music group called Owl City.)

I’ve had a range of experiences with visiting and photographic historic sites, and those still open for business are not always very welcoming to gawkers and photographers. But as soon as Emily and I entered the grand lobby and started looking around, a bank worker hopped up from her office cubicle, gave us a friendly greeting, and suggested we climb up on the little balcony behind the clock for good photos. She was right. The view was magnificent. 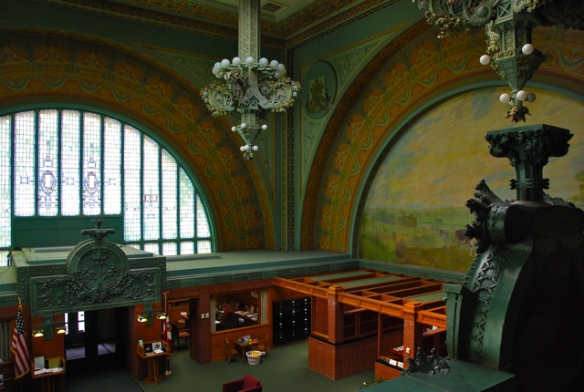 The Minnesota Historical Society’s website says this about Sullivan and the bank, “One of the first American architects to break free from the influence of classical revival styles, Louis Sullivan completed a series of eight banks in small Midwest towns during the last years of his career. The National Farmers’ Bank of Owatonna is arguably the best. Sullivan, known for a “form follows function” philosophy . . . designed the bank to resemble a jeweled strongbox, giving depositors a sense of security.” 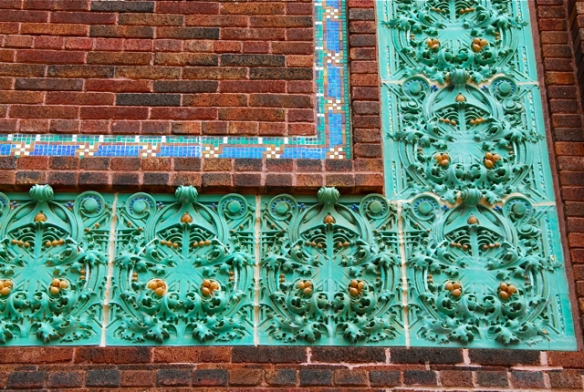 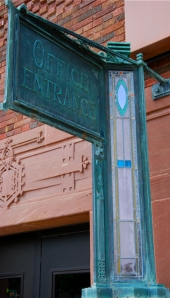 It is indeed a “jeweled strongbox” — a surprisingly beautiful presence in a small, midwestern town such as this. One can only imagine the impact it must have had on area farmers and town residents when it was built 103 years ago. It’s been well cared for and stands as one of the best surviving example of prairie school architecture anywhere.

I wonder how often the people who work in the bank and do business there regularly take a minute to stop to look around and appreciate it. I hope they do it every day. 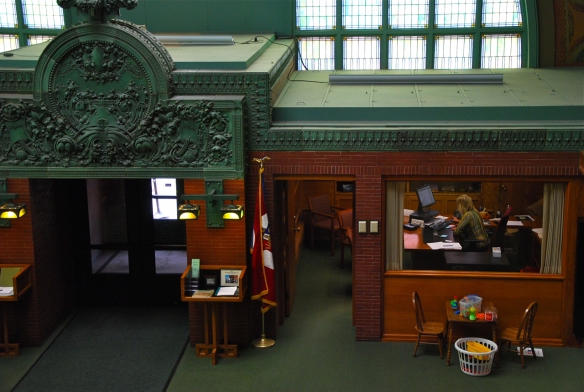 What a great place to work, huh? 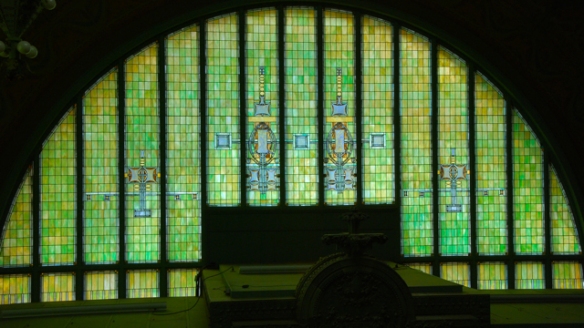 One of the huge stained glass windows comes alive when viewed from inside. 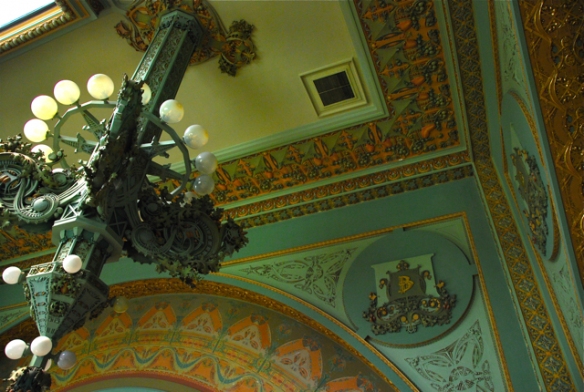 A visual feast wherever you look 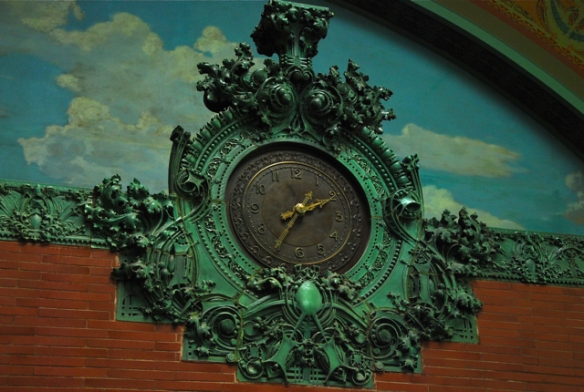 Clock above the teller windows

We could only visit for a few minutes and then had to be on our way. Since National Farmers Bank folded many years ago, the building is now a Well Fargo branch. Before we left, Emily took some time to do a little banking. What a great historic monument — a century-old art masterpiece that still does the business for which it was built.

Function and form walk hand in hand here. Louis Sullivan and George Grant Elmslie would be happy with the way their ideas have endured and continue to have an emotional impact.

It was a thrill to experience this place. Next time I’ll visit when I have a little more time. 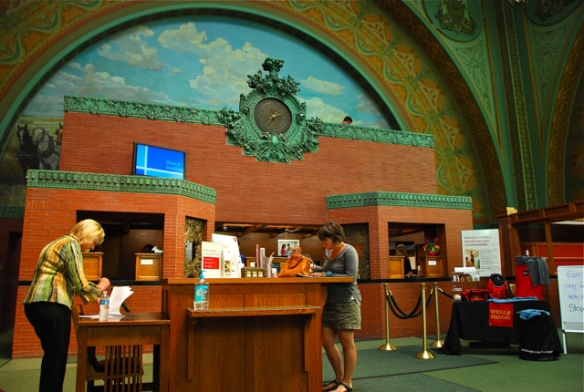 Emily (center) does a little banking