The independence of Southern Sudan symbolizes the best of times as millions are freed from tyranny and the worst of times as we continue to drink from the cup of intolerance. The people of Southern Sudan were joyful, beating their drums, humming local tunes of patriotism and dancing in celebration of their independence. It was a historic moment as Africa’s largest country was split into two. Indeed ‘the best of times’ as many of our freed brothers and sisters of Sudan hope to finally turn the page and erase the horrific memories of a tumultuous period of upheaval, bloodshed and suffering. 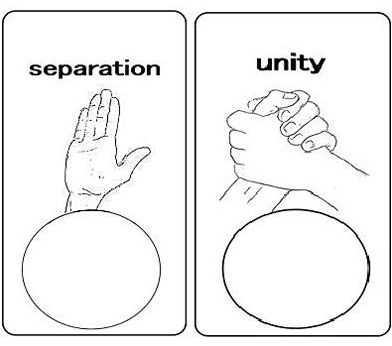 As the dust settles, it is imperative that we digest the significance of this moment as a continent. Half a century ago, many African Nations including Sudan were celebrating their independence from European Colonial masters. The republic of Sudan gained independence from Britain in 1956. Five decades later, Southern Sudan is once again celebrating independence—but this time from their African colonial masters in Northern Sudan. It was a sweet day of separation as many headlines suggested however, the story that wasn’t covered was the affirmation that we have failed to tame the concept of intolerance. Religious, tribal or ethnic across the continent. Hence the sentiment that it was also indeed ‘the worst of times.’ While the Hutu and Tutsi rely on Kagame’s ruthless doctrine of the genocide ideology to keep them from strangling each other, the religious driven conflict in Sudan requires an imaginary boundary to be resolved.

It cannot be ignored that the partition of Africa did not take into consideration the complexity of the contents in the individual packages/nation states but rather the administrative convenience of the colonial masters. With numerous ethnic groups and religions packaged together, it was inevitable that conflict and mistrust would emerge. The lack of democracy and power transition created friction and mistrust among the ethnic and religious factions since power became a means for leaders to protect and reward their own. The growing tensions made cultivation of national unity impossible with each group striving to hold onto the largest piece of national pie. This phenomenon accounted for the failure to keep Sudan as one nation.

Africa is trapped in a cycle of liberation struggles, first from our colonial masters and currently an endless flock of tenured leaders across the continent. Independence simply meant that we were transitioning from one abusive relationship to another. ‘Independence’ is indeed not the correct word to define that moment because the people are hardly free or independent. We obtained the keys to our vehicle before it got hijacked from the road towards a peaceful and prosperous future. Independence is not what our nations attained but rather the opportunity for a new gang of thugs to plunder our own resources.

The idea of self-determination and enactment of policies that would primarily benefit our communities has often not materialized. In fact our nations faced a double edged sword as we came to realize that independence did not guarantee sovereign equality. We still had no seat at the bargaining table and often got slapped by the invisible hand of the global markets. Neither have the livelihoods of the average citizen changed. The odds are still stacked against them as the days prior to independence. Millions are still buried in poverty, poor health and lack of education. However, the privileged few running the governments continue to suck out what is left of the national treasure living in comfort while the rest of the nation feeds on the crumbs that fall from the rich man’s table.
As the economic conditions continue to deteriorate, the subjects inevitably start to drag the masters off the dining table. Tunisia initiated the first ripple by ousting Zine El Abidine Ben Ali. The collection of ripples soon turned into a wave that swept Muhammad Hosni Sayyid Mubarak from Egypt and has Gaddafi on the brink of defeat. Sub-Saharan Africa is currently engulfed by extreme hunger, poverty and collapsing economies that are threatening the viability of current regimes. It is not surprising that the opposition groups in countries like Uganda are starting to lick their chops— many sensing that the time is now- to wet their beaks.

What has changed since our nations attained independence? What have we achieved in the last 50 years? There over 10 million refugees and internally displaced people from conflicts in Africa. Millions more have lost their lives as a result of civil wars and conflicts. Many hoped that independence from our European colonial masters would open the doors and windows towards unity and prosperity. Instead we are still trapped in stagnant economies with deeply rooted ethnic and religious divisions–the only way out is still up the chimney. Others thought that independence would uplift the spirit of nationalism and collective action to overcome our religious and ethnic differences. This has also turned out to be a bridge too far with a plethora of religious conflicts in Nations such as Nigeria, Ethiopia and Sudan. Tribal and ethnic conflict has ravaged nations such as Rwanda, Kenya, Côte d’Ivoire, Somalia, South Africa and Uganda. We are longing for the dawn of a new day after spending decades in the midst of darkness.

Our leaders have to cultivate the culture of tolerance. Friction and disagreement can be resolved with a well oiled democratic system of governance with strong and viable institutions. We cannot accept defeat and continue to fragment our societies. In fact Africa doesn’t need to look further than South Africa as a case study for solving institutionalized racism and intolerance without a bloodbath. Though still a work in progress, South Africa has created a pluralistic state and progressive constitution to accommodate a very diverse society. We are living in an ever interconnected world and diversity should therefore be cherished and portrayed as a major asset for our nations.

“We could learn a lot from crayons; some are sharp, some are pretty, some are dull, while others bright, some have weird names, but they all have learned to live together in the same box.”