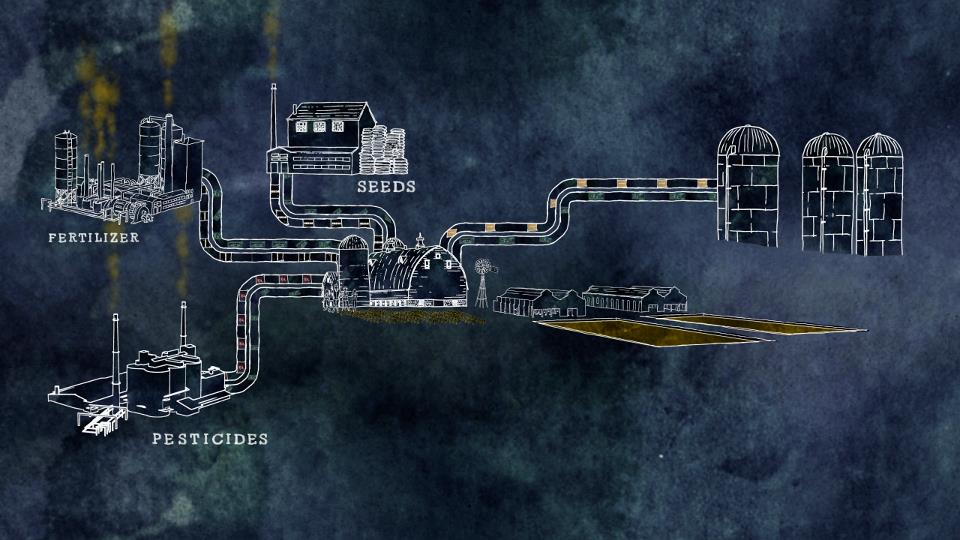 IATP has long recognized that many of the drivers of the destructive industrial food system are not based on a sound rationale, but instead on a series of corporate marketing myths. IATP Food and Community Fellow Raj Patel, for example, has recently been taking on the false assumptions that contributed to the Green Revolution and the revitalized interest in a new Green Revolution.

Another common assumption is that we have a moral obligation to “feed the world,” and that we should not only embrace chemically intensive, industrial food production and distribution systems for profit, but also to fulfill a moral obligation to feed hungry people in other parts of the world. It’s an extremely effective frame. Surely you’re not willing to ignore the plight of the hungry in order to selfishly provide local wildlife habitat or eat local and organic foods?

IATP has researched the relationship between U.S. grain exports and hunger, an important component of this myth. A recent report by IATP Senior Associate Julia Olmstead reveals that dramatic increases in U.S. grain production and export has not alleviated global hunger.

This confirms the conclusions of the exhaustive review conducted for the International Assessment of Agricultural Knowledge, Science and Technology for Development (IAASTD), which found that inadequate income and the inability of countries facing hunger to develop their own sustainable food systems are important drivers to hunger that are often ignored in the drive for increased industrial food production.

Some of the research that debunks the “feeding the world” myth can get technical and esoteric. IATP Food and Community Fellow alum Anna Lappé has cut through the jargon with an excellent short video, released today on Food Day, titled “Do we really need industrial agriculture to feed the world?” In the six-minute video Anna uses animation to tell a compelling story that allows all of us to appreciate the conclusions of the 600-page IAASTD report and so many other studies.

Have a wonderful Food Day!  Eat well, support policies that give everyone the ability to eat well, and pass the video along so that everyone can better understand the destructive nature of the “feed the world” myth.