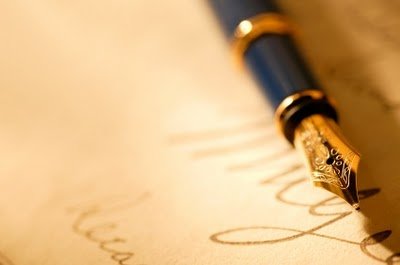 As part of this great nation’s foreign policy, when injustice takes place in any part of the world, America usually takes a stand. We saw this in the case of Russian atrocities in Ukraine, in America’s unity with the European Union (EU) and the United Nations (UN). However when it comes to Palestine, America turns a blind eye with the EU and the UN. Our government must condemn Israel’s human rights violations. The concept of justice necessitates equal treatment in condemning injustices carried by whoever and wherever, even if the transgressor happens to be an ally. On the contrary, especially if the oppressor is your ally. Our policy should not be “See no evil, hear no evil”, instead, it should be that of absolute justice and equality. Islam speaks of this principle in the following words:

These recent attacks began with the reprehensible murders of three Israeli teenagers and one Palestinian teenager. These killings are tragic, just like the destruction of entire villages in retaliation. A church correctly pointed out, “Israel! It’s eye for an eye, not an entire village for an eye!”

America, as a world leader, must condemn the atrocities carried out by the Israeli forces against the innocent Palestinians. I, as an Ahmadi Muslim, condemn any form of violence against humanity, whether committed against Palestine or Israel.

Ahmadi Muslims are Muslims who believe in the Messiah, Mirza Ghulam Ahmad of Qadian. Ahmad taught that this is not a time for violent jihad, rather we must use our knowledge and engage in dialogues to achieve peace. To this, he wrote hundreds of letters, speeches, and books and delivered dozens of lectures. Israel can take a note from that. The mass murder of over 600 innocent men, women and children is in full display of the entire world. Palestinian Muslims should be celebrating Ramadan in their neighborhoods but, instead they bury their dead.

Palestinian Christians and Atheists should be joyfully living their lives, but instead they wonder if they’ll see tomorrow. As each day rolls on, each Palestinian suffers. My respect goes out to the Jews who detached themselves and demonstrate against the illegal occupation of the Gaza strip by the Israeli armed forces. My prayers go out to those Palestinians with no Hamas ties who face this ordeal. My respect goes out to the doctors and other volunteers who travelled to Gaza to save lives. Yet, our own media chooses to misquote the facts and ignore the deaths of hundreds of innocent children. I want to think that if something like this happened in our backyard, our reaction would be different. Yet I see Israel’s acts mirroring America’s acts. After the tragic events of 9/11, a bigger tragedy began when America leveled Iraq and Afghanistan, killing hundreds of thousands of people. Just because it’s happening to a people half a world across, by the hands of an ally does not make it right or human at all. If America wants to be the just super-power, then our leadership needs to realize that greatness is not defined by the power one holds, rather it is defined by the use of it for the betterment of mankind.

America must take an unequivocal stance against this deplorable crime against humanity. Show the world that America and its leadership stand for justice. Now is the time for America to stop the hands of its ally from committing oppression against the innocent Palestinians. As a Muslim, my prayer is with the Creator, because nations may fail in carrying out justice, but God does not.