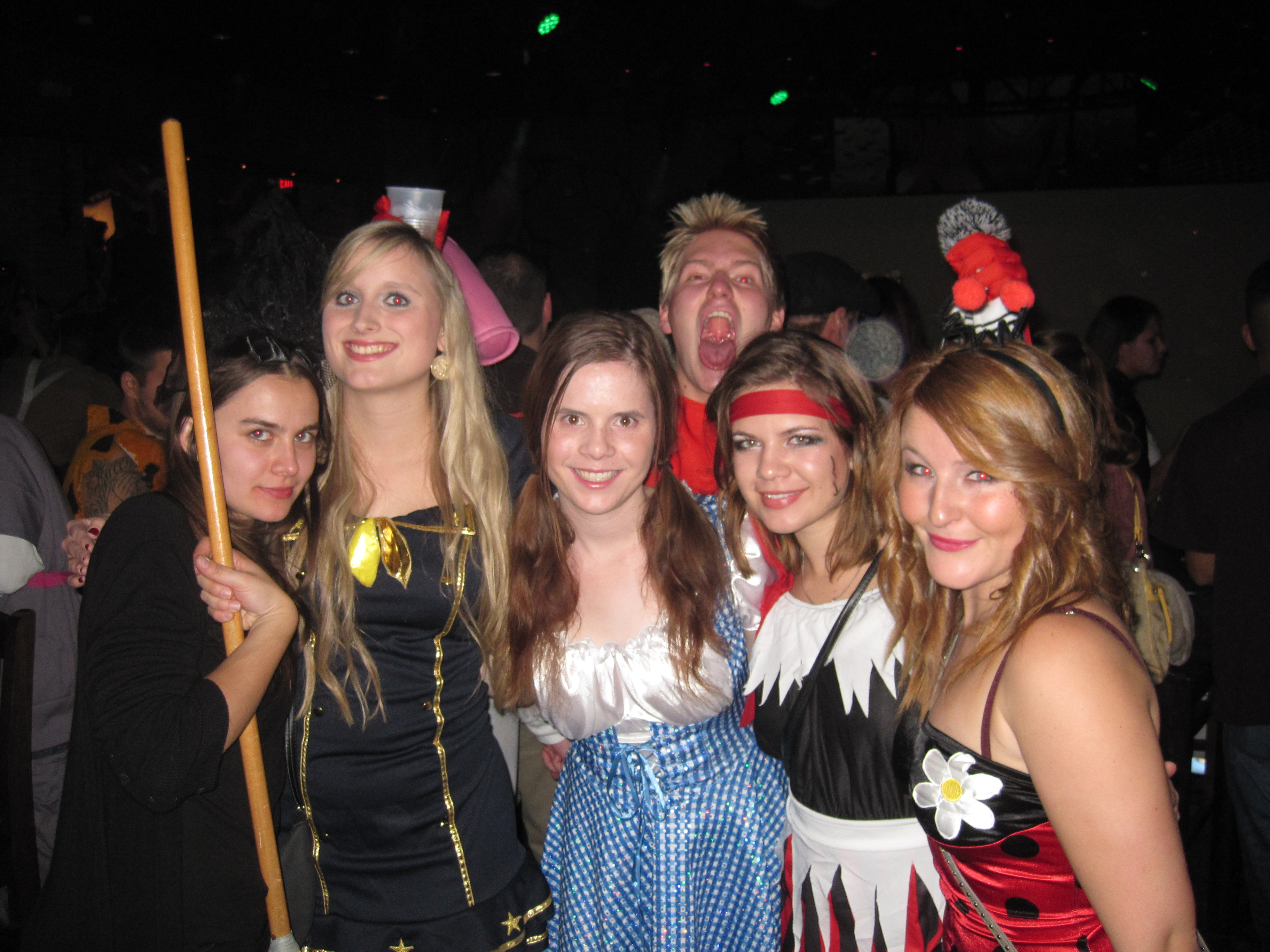 When I knew that I was going to America, there were certain events that I was exciting to experience by myself. For example, I am very curious to celebrate Thanksgiving and Christmas. I want to see all those lighted up houses and I want to stuff a turkey.

But first of all I experienced Halloween.  We don’t celebrate Halloween in Germany although it became more and more popular in the past years. We have Halloween parties and as Germans are generally crazy about dressing up, we welcome any opportunity to do so.

In Germany, we celebrate “Karneval” which is a pretty big deal where I live. In Köln, Düsseldorf and other cities, there are carnival processions with big cars and millions of people.

So, I was very curious how people will celebrate and dress up for Halloween.

The weekend before Halloween, I was in New York and in the evening I saw so many people dressing up and everywhere there were Halloween parties.  I was very surprised that the parties already started the weekend before, but I was told that this is always the case, as Halloween itself is sometimes on a weekday.

However, I was even more surprised that people were going out in bars; were having fun, even though they knew that Hurricane Sandy would come on Monday. Actually, it was pretty scary how indifferent the people were.

I also have to say, that I was sometimes really disgusted by the costumes. Some people looked really terrifying. I mean this was their aim, but still I prefer the funny, creative costumes.

I went out on Wednesday and as it was really spontaneously, I just bought which was left in the stores. So I became a Pirate but everyone thought I would be a Gipsy. I had so much fun, going out in the middle of the week and when everybody is dressed up, it is even more fun.

However, I must say that Halloween seems to be the time in the year that American women think they have to dress like sluts – not every woman, of course. But I was really shocked! I don’t have anything against sexy costumes or clothes, but this was definitely too much.

There were women just wearing a Bikini out of fur.  I mean what should be scary about that – the belly button?! For me, this has nothing to do with dressing up and Halloween.

For me, this is just another indication how sexual our daily life, and even holidays like Halloween, have become.

But I really loved the pumpkins, the decoration on the houses and all the little children in their costumes looked so cute. When I was on my way to class on the Halloween morning, two little kids came to me, gave me a lollipop and said “Happy Halloween.” I just thought: “Oh my god, this is so cute. But this has to be the other way round!”

Next time I will have candy in my pockets and I will give it to all those adorable children because they deserve it!