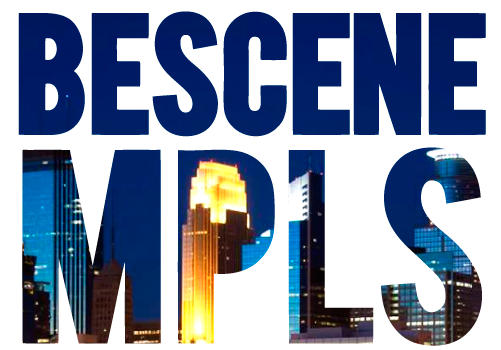 On June 18, the Minnesota Pro (as opposed to student) chapter of the Society of Professional Journalists held its annual Page One Awards. I was pleased to receive the award for Best Independent News Blog for this very blog, and I thought it would be appropriate to use my first post-ceremony post to recognize some people and organizations that deserve awards for their accomplishments on the new frontier of journalism—arts journalism in particular. They may not all consider themselves journalists, and they may not all consider themselves professionals, but they’re all contributing tremendously to keeping people informed and entertained in jobs (typically online) where there aren’t Pulitzer, or even Page One, categories…yet.

These are entirely subjective “awards,” and, yes, many of the recipients are my friends. Call that a conflict of interest if you will, but (a) I’m inventing these awards, so I get to make up the rules, and (b) it’s not like those professional journalists who give each other awards aren’t all friends too. At some point, everybody knows everybody and that’s just the way it is. If you don’t know the people and organizations I mention below, I suggest you get to know them. You won’t regret it.

Best comprehensive hip-hop coverage: Be Scene Mpls. The Twin Cities are now nationally known for being a hip-hop hotbed, but the local artists who draw lines at SXSW are only the tip of an iceberg that stretches from Northfield to the Northside. The blog Be Scene digs deep to cover the full breadth of the local hip-hop scene.

Best Twitter journalism: Kyle Matteson. When people talk about local music-scene influentials, they’re typically thinking about people with jobs at mainstream media outlets—but one of the Twin Cities’ most-read music writers is a guy who doesn’t even really blog any more. Formerly of the blog More Cowbell, Kyle Matteson is now the man better known as @solace, one of the most informative and timely sources of Twin Cities music news. It’s free to follow, and he might even follow you back.

Best support of new arts journalists: Minnesota Opera. Each and every time the Minnesota Opera stages a new production, they hold a blogger preview night where they invite local bloggers—on all subjects—to come socialize at a reception with some of the artists, and then to watch a dress rehearsal of the show. That’s the kind of forward-thinking audience development that more local arts organizations would do well to emulate.

Best support of journeyman artists: Dwight Hobbes. Our music columnist can be a divisive writer—case in point, his now-infamous review of Prof’s King Gampo—but he’s a guy who goes way beyond the buzz to cover artists like the Fleetwood Mac Attack and singer-songwriter Michael Nelson. They’re not apt to be Picked to Click, but they’re out there gigging and finding their audience, and Dwight is there to cover their underappreciated contributions to our local music scene.

Most consistent brand on Vine: Minneapolites. Journalists are still figuring out how to effectively use Twitter’s new microvideo app, but so far these local bloggers are the best at delivering truth in advertising. They’re four women who cover the Twin Cities going-out scene, and their Vine stars the four of them—often all four in a single Vine—going out in the Twin Cities.

Hardest workers: Paper Darts. This literary journal, website, and event-presenting entity has become so visible on the local arts scene that observers often assume it’s a full-time job, with funding, for its organizers. Not so: it’s largely a labor of love, running on a lot of love and a lot of labor. Honorable mention: Colleen Powers and her team at MPLSzine.

Best DJ critic: Harry Colbert Jr. The Insight News A&E writer is the most articulate guy in town when it comes to explaining the nuts and bolts of what makes a DJ set pop, from the craft’s old-school origins to the present. He doesn’t write about it very often, but find him at a club some night and ask him for his observations and recommendations.

Best writer at a radio station: Andrea Swensson. The former City Pages music editor’s move to The Local Current has solidified the MPR station’s status as the definitive hub for local music—on the air and online.

Best renaissance: l’etoile magazine. This local project is on the third of what will hopefully be at least nine lives: starting life as a glossy hard-copy fashion mag, it transitioned into a largely online presence that became well-known, under the leadership of Kate Iverson, for its weekly What’s What going-out guide. With Iverson now at Permanent Art & Design Group, Jahna Peloquin has assumed editorship of l’etoile and has recruited a big stable of great writers to cover an even wider array of topics related to fashion, food, art, and culture.

Best citizen journalism sponsored by a theater presenter: Minnesota Fringe. Every company wants to get their audience members tweeting, blogging, and commenting, but at the Fringe, audience reviews can make or break a show. Part of that is due to the democratic, hyper-competitive nature of the Fringe itself, but the organization can—and should—take credit for its smart, engaging website design and a constant commitment to encouraging each and every Fringegoer to make his or her voice heard.

Best great idea in need of support: MinnesotaPlaylist. It’s been a rough year for MinnesotaPlaylist, which is recovering from a complete website meltdown. The site is back, though, and still one of the best ideas in local arts journalism: a sort of Rotten Tomatoes for local theater, with opportunities for both critics and audience members to post their reviews of shows. I’m still surprised at how many companies don’t take the time to regularly post their shows to MinnesotaPlaylist; the site just needs a little more critical mass to become a can’t-miss destination for everyone interested in the local performing arts scene.