One of my long-time goals has been to get around the state of Minnesota more and see smaller towns and rural areas. I haven’t done very well with that that until recently.

Two things have helped to get me in my car and on my bike to travel around more.
1. My daughter Emily moved to Rochester a year ago after being away for quite a few years.
2. MinnPost included me in a grant from the Bremer Foundation to do reporting about young people in rural Minnesota.

Last week I was able to use both of those justifications to go to the southern part of the state. Mrs. D and I met Emily at her house and then we drove about 30 miles farther to Fountain, which is one of the trailheads for the Root River bike trail. 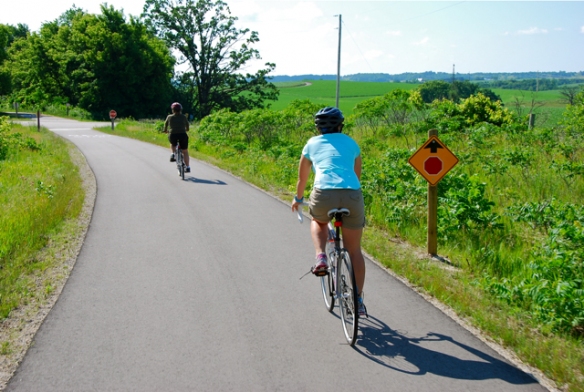 The trail begins in open fields

The trail starts on the edge of town and goes through some rolling farmland before descending into the Root River Valley.

Even though the sun was shining, the trail was very wet after a hard rain during the night. We immediately had brown water spots all over our backs. 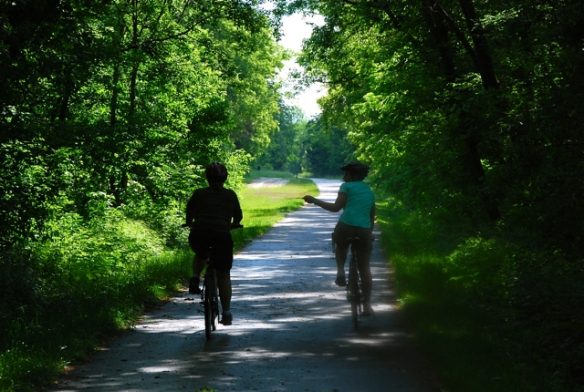 The scenery is beautiful — green and lush. Because it was a weekday, there wasn’t a lot of other bike traffic. 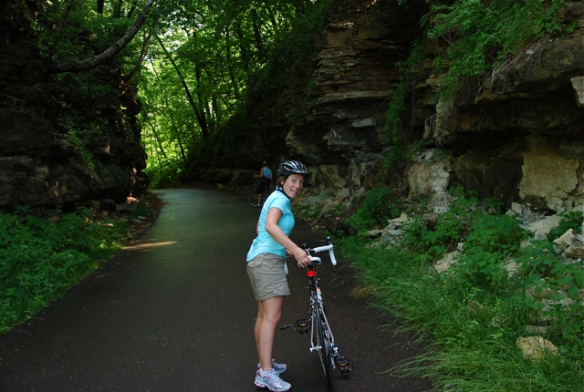 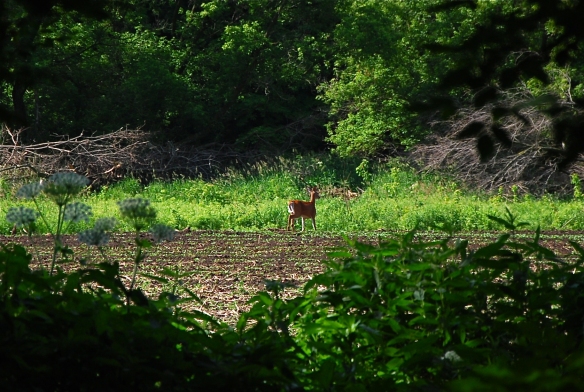 After winding 11 miles through the forested valley, we emerged in Lanesboro, a small town that looks like a small town should. ﻿ 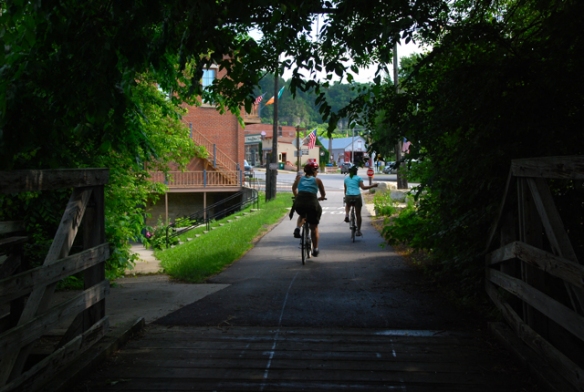 Everybody seems to love Lanesboro and it appears from time to time on “best towns” lists. Recently it was featured on Yahoo Travel’s “Prettiest Towns”. 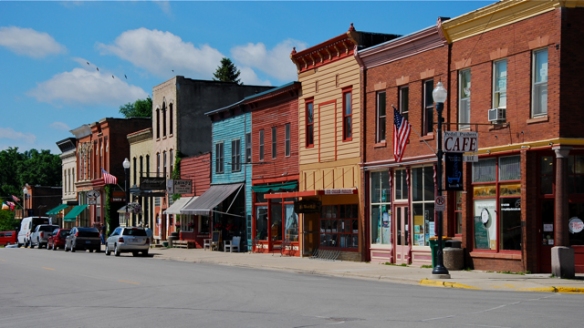 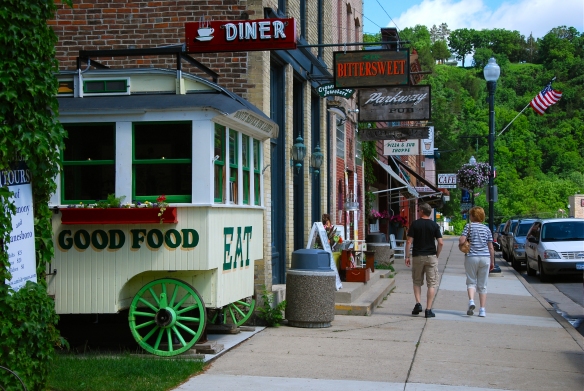 The trail was closed for bridge repair a couple of miles later, so we turned around a little earlier than planned and headed back. 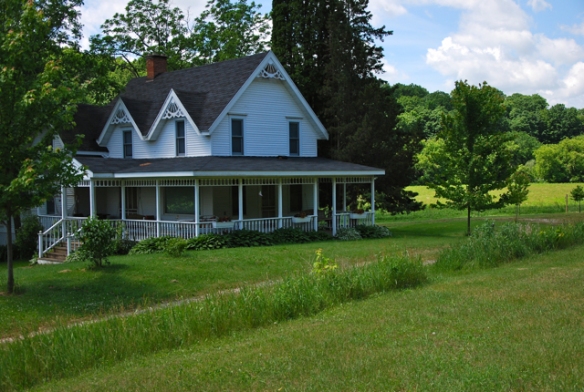 After stopping to do a little window-shopping on the way back through Lanesboro, we had still managed a nice 26 miles by the time we returned to Fountain.

The total length of the trail is 42 miles from Fountain to Houston. Go here for more info and a great map. Plus there’s an 18-mile spur trail called the Harmony-Preston trail that heads southward from about half-way between Fountain and Lanesboro. I think next time I’ll start in Lanesboro and do a 62-mile round-trip to Houston and back.

It’s a great ride, no matter what part of the trail you’re on.

After we returned to Rochester and had lunch, I took off for Owatonna to shoot some video for MinnPost. It was a great day and I might never have done it without my two new reasons for getting off my butt and on the road.