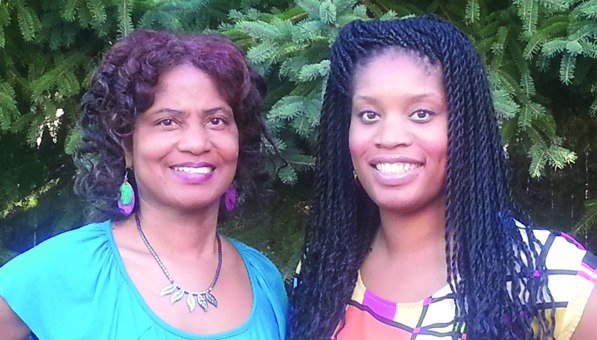 (Photos courtesy of the authors) Authors Linda and Nneka Onyilofor

Mental health has always been, at the least, a touchy subject among African Americans. As powerfully as it can impact lives, it doesn’t help to ignore or, still worse, pass judgment on people who suffer mental problems. Accordingly, Linda and Nneka Onyilofor with illustrator Aaron Gilmore have created a remarkable children’s book, My Brother Adam: A journey with schizophrenia (Radiant Heart Press) that can help adults as well as kids gain a constructive outlook on the subject.

For the authors, this professional undertaking is one of personal significance. They are moved to inform readers as a public service by family circumstance. Linda Onyilofor states, “So many people are not taught about schizophrenia, and the disease is misunderstood. It is good to have a book available to educate children, teens and adults. Hopefully, parents will take the time and read it with their children so we can help eliminate the stigma of mental illness.”

Daughter and coauthor Nneka Onyilofor recalls, “My father had schizophrenia when I was growing up. [As did] my brother, Emeka, who passed away in 2009.” The project came about over a period of time spent brainstorming and researching.

“I told my mom about [actor] Holly Robinson Peete’s children’s book, My Brother Charlie,” which dealt with autism and won the 2011 NAACP Image Award for Outstanding Literary Work. Later, Linda went with the idea of doing the same thing for schizophrenia.

“Sometime shortly after that,” says Nneka, “I can’t even remember how it evolved, but I think for her it was a therapeutic process.” At one point, Nneka looked at her mother’s manuscript, liked what she saw, and helped her polish it. Whereupon came the inevitability of submitting it to publishers in an industry that has never been friendly to first-time writers, especially not during tough economic times.

“She [Linda] ended up going to a workshop in Milwaukee. The lady leading it owned a publishing company [and] liked the idea of my mom’s book. I came on board later to give feedback, help with the story. It evolved over the span of about a year,” Nneka recalls. 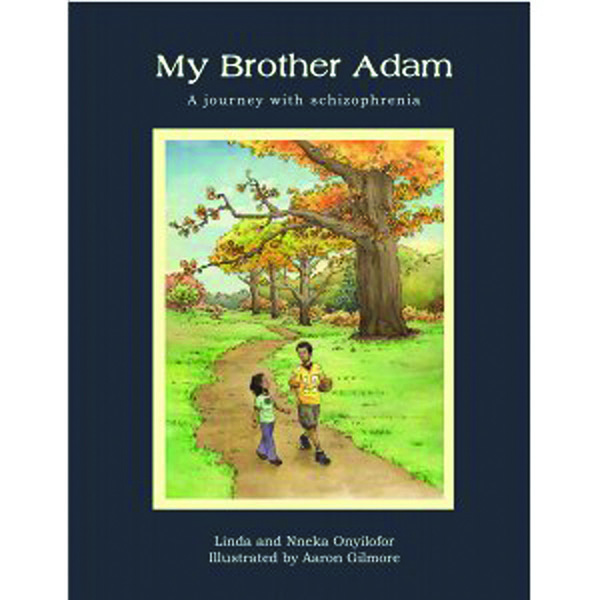 Teresa Richardson is a playwright and a mom whose son is schizophrenic. “I [have] traveled the journey with my wonderful, beautiful child, who is now a man.” She says of My Brother Adam, “I enjoyed it because it was very simple, [straightforward, and] gave one an insight into the human mind and how schizophrenia can affect and change one’s life.

“It also demonstrated the honesty of a child that wasn’t fused with the stupid [misconceptions] adults have,” says Richardson of the book. “The important place to start is with educating the young. By doing that we can tear down the walls of prejudice that these people suffer. I think by far [the authors] covered all the important facts of the illness — a young person would understand, and even an adult could get past the medical jargon that really does not explain [the reality].”

For the record, the illness is a disorder characterized by a deterioration of thinking processes and by impaired emotional responses. Routinely, there are delusions, paranoia, hallucinations and scattered thinking as well as lethargy. It can be successfully treated — once, of course, it’s acknowledged and appropriately addressed.

In a “Note from the Authors” at the back of the book is the message, “This book was written to educate children about schizophrenia. Schizophrenia is a chronic, severe, and disabling brain disorder. According to Mental Health America, it affects about one percent of people worldwide. It knows no racial, cultural, or economic boundaries.”

The authors’ background is not simply that of two women who came up with a bright idea for a book. Linda Onyilofor, living in Milwaukee, is active in her community, tutoring children and adults with disabilities, volunteering with the National Alliance on Mental Illness, and is a member of the National Organization for People of Color Against Suicide.

Nneka Onyilofor, an educator with a master’s degree from the University of Minnesota, resides in St. Paul. She has worked for years in social service professions and higher education diversity positions. Among the resources drawn on to inform the text for My Brother Adam are the National Alliance on Mental Illness, the Brain and Behavior Research Foundation and the National Institute of Mental Health.

You can’t cure something that’s wrong by turning a blind eye or deaf ear. My Brother Adam (www.mybrotheradam.com) takes an instructive step, constructively focusing on doing the right thing about schizophrenia.

Listen to an interview with Nneka Onyilofor here: Reflections of New Minnesotans: Race, culture and mental health (Nekessa Opoti, AM950, 2014)